Everything After Z by Dictionary.com
Previous Word noice
Next Word nootropics

What does noob mean?

Get wrekt, n00b! In internet slang, noobs are hapless, unskilled beginners who don't know what they are doing. As far as gamers are concerned, a noob is a nothing more than an easy kill—or a real nuisance as a teammate.

Sorry i was trying to take a selfie but i’m a noob!
@NammouraBalloot, July, 2018
You are a fuckin' n00b piece of shit that no one likes and I'll talk all the shit I want to you.
DangerousK, SNK War Room (forum), October, 2005 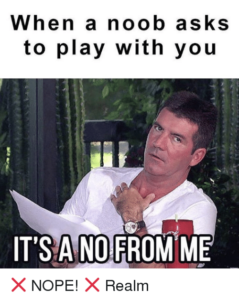 Where does noob come from? 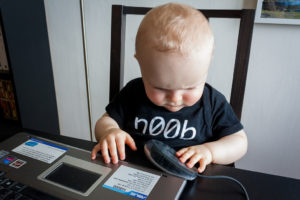 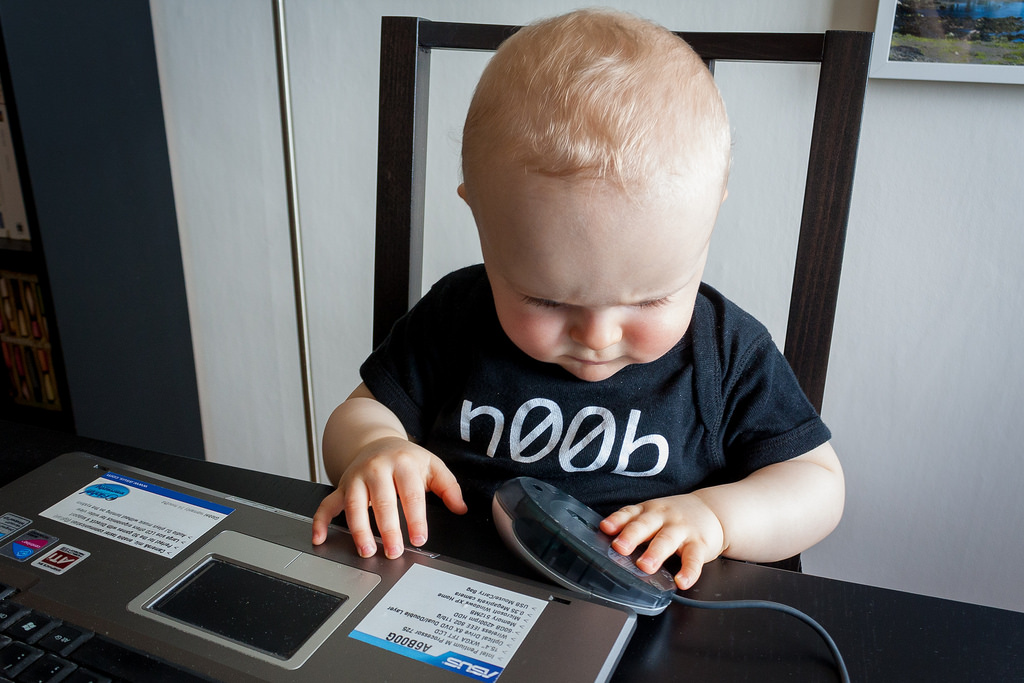 Noob, often written as n00b with zeroes for the letter Os, is the opposite of 1337, or leet. Need some context, noob?

1337 refers to leetspeak, an 1980–90s internet language known for substituting numbers and special characters for letters, hence the zero-based n00b.

While 1337 means an elite internet user (elite became ‘lite and then leet in 1337), hacker, or gamer, a noob was a new or unskilled one—it comes from the informal term newbie (“novice”), shortened to newb and typed as n00b or noob in leetspeak. It began as a term of friendly mockery of the new users’ inexperience, but it was assumed these users would take time to learn from and become more experienced ones.

As the 1337-speakers migrated to the computer gaming scenes in 1990s, they brought their language with them. As gaming is a competitive hobby (and professional sport), unskilled players became seen as easy prey or unwanted liabilities in team games. A new, much less friendly version of noob emerged around this time as a result. Whereas a noob was once an eager apprentice, it became a poor player who either had no desire or ability to improve, met with hostility or criticism from other players.

Noob spread through these online gaming communities during the 1990s, reaching wider audiences through popular games like Counterstrike (2000+) and World of Warcraft (2004+) as well as video-game forum sites like GameFAQs. In 2006, noob was a frequent punchline on a South Park episode, “Make Love, Not Warcraft,” a satire of gaming culture. By 2009, the website College Humor was joking about gaming culture, and their language, in a video, “N00b Boyfriend.”

Noob is widely used by gamers as an insult during games and in memes–and sometimes as self-deprecation. Gamers or folks steeped in internet culture also use noob as a general insult for a naive, foolish, or clumsy person. 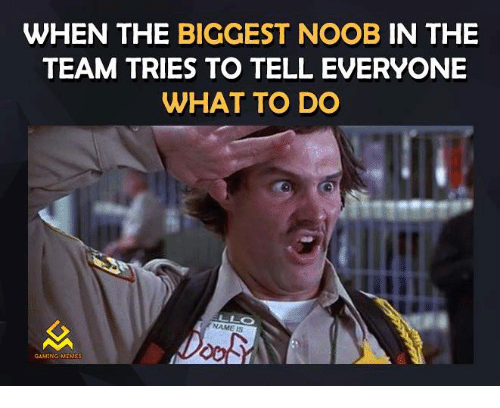 This was like finding out Santa’s not real but now I can make my own santa. Take that Rudolph you noob. pic.twitter.com/ryQTiw9jP8

With the popularity of multiplayer games like Fortnite in 2018, we see more and more noobs everyday, perhaps positioning noob to return to its roots as a general term, more neutral for a beginner, a newbie.

When you're noob and trying to show off #Fortnite #Fortnitebattleroyale pic.twitter.com/Lfeoi6sNhK

This is not meant to be a formal definition of noob like most terms we define on Dictionary.com, but is rather an informal word summary that hopefully touches upon the key aspects of the meaning and usage of noob that will help our users expand their word mastery.