What does reply guy mean?

A reply guy is a term for a man who frequently comments on tweets or other social media posts in an annoying, condescending, forward, or otherwise unsolicited manner–especially posts by women. It can also refer to a person who frequently and zealously responds to posts from famous people on Twitter.

Where does reply guy come from? 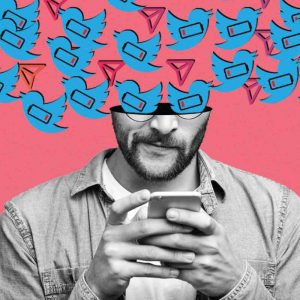 Reply guys didn’t always have such a bad rap.

Many brands, such as Wendy’s and Netflix, personify their brands in their social media accounts. One early adopter was the restaurant chain Applebee’s in 2012. Their Facebook social media manager would notably reply to comments on the site, earning the nickname Applebee’s Reply Guy thanks to their humorous and endearing replies.

But as early as 2015, reply guy became associated with someone who replies immediately and obnoxiously to posts on Twitter, especially in reply to famous people. As if they have nothing better to do but wait around to weigh in on a topic with their two cents.

By 2018, the gendered nature of reply guys was on full display, particularly their tendency to mansplain or presumptuously flirt. In September of that year, scientists @shrewshrew and @sbarolo offered a hilarious taxonomy of nine different kinds of reply guys “who repeat the same unhelpful comments.”

#WomeninSTEM get a lot of “Reply Guys” who repeat the same unhelpful comments.@shrewshrew and I (a woman & a man in science) have attempted to catalog those replies, to save us all the trouble of writing new responses every time.

For the good of the Internet and the preservation of Male Excellence, We shall weigh in on women’s thoughts at every possible opportunity. Never shall We leave a comedian’s jokes un-improved or a female’s observations un-corrected. Eternally shall We pipe in.

Thinking of becoming an Elon Musk reply guy
@Jon_Christian, May 2019
Reply guys don’t just come in categories, as the lawyer’s experience suggests — they also have personal quirks as variable as those of anyone else on Twitter ... Her reply guys run the gamut from amusing to creepy.
Noor Al-Sibai, Raw Story, July 2018 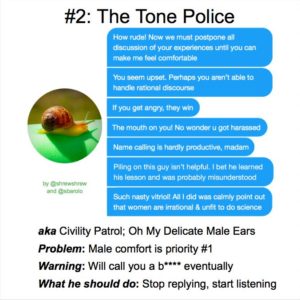 Despite its initial positive use, reply guy is largely used as a dismissive pejorative.

Reply guy is sometimes qualified in a specific way, such as blue check reply guy (referring to verification on Twitter) or first reply guy (someone who responds first or very quickly to posts).

As the name suggests, reply guy has its roots in male privilege and online bullying, although women sometimes use it ironically.

This is not meant to be a formal definition of reply guy like most terms we define on Dictionary.com, but is rather an informal word summary that hopefully touches upon the key aspects of the meaning and usage of reply guy that will help our users expand their word mastery.