What does roasties mean?

Roasties is sexist slang used by incels and others in the male internet culture for sexually active women—or really just women in general. The slang is based on roast beef curtains, which compares pronounced and elongated labia to the meat.

Where does roasties come from? 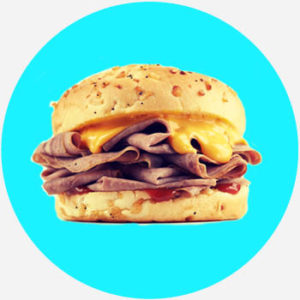 Until about 2015, roasties was just an innocent colloquial British (as well as sometimes Irish and Australian) term for crispy, yummy, roasted potatoes. Then the male internet culture utterly ruined the term.

Boiling over in the 2010s was the so-called incel movement, a male subculture online that blamed women for the fact that they aren’t getting any action. Much of their steam picked up on a 4chan message board called /r9k/, where the slang term roasties emerged and spread to other corners of the internet manosphere.

One widely shared screenshot was of a post from an anonymous riffing on Smash Mouth’s song “All Star.” The mock-lyrics featured the term roasties, comparing the vagina of a loose women to Arby’s roast beef sandwiches. Roasties, here, is a reference to the vulgar slang and characterization of women’s labia as roast beef curtains. 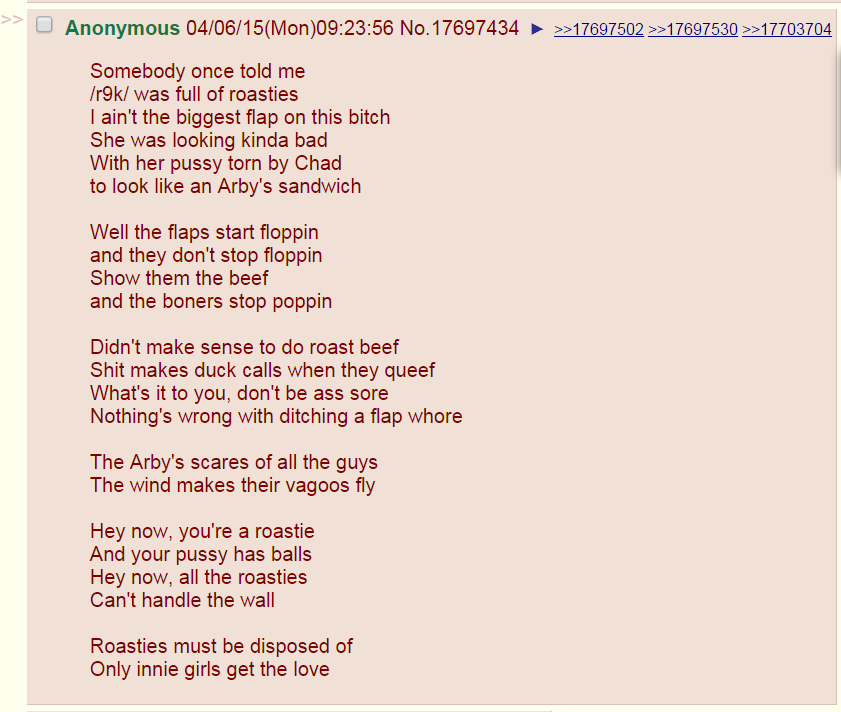 Roasties quickly fit into the larger sexist lexicon of masculinist culture, who label sexually successful men things like bluepilled normalfag or Chads and the women who have sex with them Stacys and femoids. Roasties was entered onto Urban Dictionary in August 2015 and debuted on Twitter that November.

praise allah, roasties are getting put in their rightful place pic.twitter.com/gTnUBFc01g

Roasties is a common insult among men on masculinist forums like Reddit and 4chan as well as sites like Lookism and incels.me. Some of these men identify as incels. Others as MGTOW, or Men Going Their On Way.

Regardless of particular identification, they all have one thing in common: They blame women for their problems, compelling them to use sexist language like roasties not only to slur women they perceive as promiscuous, but all women in general.

Mfw illegal aliens are getting deported and roasties are realizing Roe Vs. Wade is going to get overturned. pic.twitter.com/3q2VyOFRzh

Some in the manosphere, in fairness, condemn use of terms like roasties. Female members of the incel watchdog subreddit r/IncelTears occasionally refer to themselves as roasties ironically.

Dang it! My roastie Stacy status is found out again!

Haven’t even posted to r/inceltears in a couple weeks. I had made a comment about being a “walking bushel of pubes” on a post in a completely different subreddit and it apparently caught someone’s attention.

If you need a chaser for all this, go to the UK or British internet, where plenty of folks are still cooking up some good, clean roasties.

This is not meant to be a formal definition of roasties like most terms we define on Dictionary.com, but is rather an informal word summary that hopefully touches upon the key aspects of the meaning and usage of roasties that will help our users expand their word mastery.