What does NEM mean?

NEM is a popular blockchain platform and cryptocurrency, similar to Bitcoin. Nem is also a word in a number of languages including French (“Vietnamese spring roll”) and Portuguese (“neither/nor”), to name a couple.

Where does NEM come from? 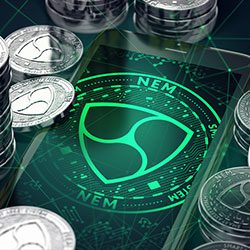 #SDCExchange proudly welcomes Lon Wong, Founder of #Proximax and former President of #NEM to meet with Jiang Li, Chairman of SDCE and ACGL.

At the end of January 2019, the NEM Foundation, which manages the technology, announced it was undergoing a massive restructuring and layoffs due to debt. This prompted a selloff of XEM on the market. However, NEM remains a popular so-called altcoin, or digital cryptocurrency.

The #BRG2019 event put on by @dtapscott, @alextapscott and @rev_global team was one of the most productive #blockchain industry events I’ve gone to. Not hype. Just intimate discussions around blockchain teams coming together to further the tech + champion token advocacy. #NEM pic.twitter.com/5X14E2uX8V

Outside of cryptocurrency, nem is a word found in many languages. In French, nem means “Vietnamese spring roll,” derived from the Vietnamese word nem for “fermented pork” or “sausage,” a key ingredient of their spring rolls. In Portuguese, nem means “neither” or “nor.” In Serbo-Croatian, nem means “mute” or “silent.” 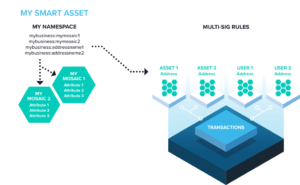 Nem.io
Coincheck spends $435 million to compensate customers who kept a digital currency called NEM at Coincheck...
@WSJ, March 2018
The NEM Foundation, a community-funded nonprofit established to promote the NEM blockchain, is planning layoffs across its entire 150-person staff in the wake of severe budget cuts and ahead of an imminent restructuring, CoinDesk has learned.
Leigh Cuen, CoinDesk, January 2019
SEE MORE EXAMPLES

NEM is a hot topic in the cryptocurrency world. Its January 2019 woes did not sink the NEM Foundation and its currency, as NEM technology and XEM remain popular among tech-savvy consumers.

Depending on the language, nem can mean any number of things, from “spring roll” to “silent” to “nor”…

Less commonly, it can be an intentional misspelling of the word “name”…

my nem is barry allen and im the fastest man alive

This is not meant to be a formal definition of NEM like most terms we define on Dictionary.com, but is rather an informal word summary that hopefully touches upon the key aspects of the meaning and usage of NEM that will help our users expand their word mastery.