Feedback
Previous Meet Two Extinct Letters Of The Alphabet: "Thorn" And "Wynn" Next "Pup-ular" Words To Use During The Doggone Puppy Bowl

Those who attended the University of Maryland or are familiar with this institution know to “fear the turtle.” Thanks to their trusty mascot, Testudo, this slogan is a favorite of students and fans. But is Testudo the terrapin actually a turtle or a tortoise? And is there even a difference between them? Let’s take a closer look.

What is a turtle? 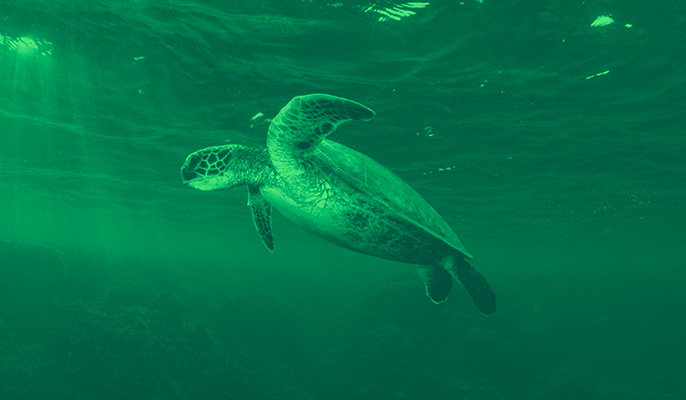 Turtles and tortoises are both reptiles that belong to the order Testudines. This order is comprised of aquatic and terrestrial species that have their trunk enclosed in a shell. To be specific, that shell consists of a dorsal carapace—or shell covering—and a ventral plastron (the bottom part of the shell). The architecture of this shell that houses the skeleton is unique to turtles. Turtles cannot leave their shell or shed it for a new one.

The word turtle dates back to around 1625–35. It originated from an alteration of the French tortue, which is itself derived from the Latin word for this animal, tortūca.

Since turtle, or the order Testudines, refers to reptiles who have their bodies protected or encased within a shell, it’s no surprise that there are many species of turtles: 356 of them to be exact. Some of these types of turtles include sea turtle, box turtle, green turtle, and snapping turtle.

However, an aquatic turtle can be distinguished from a terrestrial one, known as a tortoise.


Do you have animal instincts when it comes to spelling? Find out with this animal spelling quiz.

What is a tortoise? 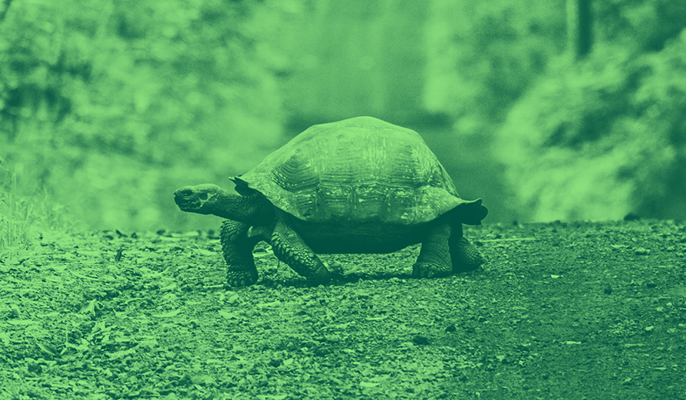 A tortoise is a noun that refers to a terrestrial turtle or a slow-moving person. This type of turtle belongs to the family Testudinidae and typically spends its time on land.

Tortoise was first recorded in English around 1350–1400. It originated as a variant of the earlier words tortuse, tortose, and tortuce. The word tortoise may be related to the Latin for “twisted” (tortus). The Latin word testudo comes from testa (“shell”).

How to tell the difference between a turtle and tortoise

Although tortoises are a type of turtle and belong to the order Testudines, they have distinct differences from aquatic turtles who spend their time in the water. Firstly, terrestrial turtles or tortoises are land-dwellers that eat vegetation and typically live in hot, dry areas. There are also physical differences, according to the San Diego Zoo, and these make it much easier to tell them apart.

In order to accommodate their time in the water, turtles have webbed feet. Some turtles have flippers and spend their entire lives swimming while others hang out on the shore, rocks, or beaches on occasion and burrow in the mud when they get cold.

Instead of webbed feet, tortoises have round feet that look like stumps and help them walk on land. They live in dry and hot habitats, and some even eat cactus. To avoid the sun, some dig burrows and head underground. Most tortoises have shells that are higher with more of a domed shape.

If you’re still wondering about Testudo, a terrapin is a type of turtle that is “of the family Emydidae, inhabiting fresh or brackish waters, especially the diamondback terrapin.” So don’t be a slow-poke on showing your love for our shelled friends 🐢, and be quick to celebrate them on World Turtle Day on May 23.

Another wild pair who struggle with mistaken identity is the alpaca and llama. Can you tell the difference?

Previous Meet Two Extinct Letters Of The Alphabet: "Thorn" And "Wynn" Next "Pup-ular" Words To Use During The Doggone Puppy Bowl
RELATED POSTS