Feedback
Previous 7 Word Games To Play With Your Elf On The Shelf Next Why "Existential" Was Dictionary.com’s 2019 Word Of The Year

Fifth grade is typically the final year of grade school, which means the lessons get cranked up a notch in preparation for middle school and beyond.

Teachers ask students to delve deeper into subject matter, stretch their skills, and show more independence. The work is challenging but intriguing as they explore new concepts and develop their opinions about them.

Fifth grade is also the year in which all you parents often look at homework and cringe, as you realize you might not always know the answers anymore—without a little help from the internet, anyway. Fifth grade today is a lot different than fifth grade decades ago.

While the curriculum varies in school districts across the country, there are some fairly standard things fifth graders learn across the board. That’s why we created this cheat sheet for you overworked parents … because sometimes things can get a little easier!

Reading: exploring a range of genres

Not only are fifth graders expected to be able to read most words (or look them up when they get stuck), they also are asked to understand a book’s plot and begin to decipher some of the underlying messages or themes a book delivers.

Students may be asked to compare literature and language from different time periods. For example, they may be asked to translate Shakespeare into emojis or put Dickens into text speak.

They’ll probably also be encouraged to push themselves to read more complex materials and explore a wide range of genres. (Think Anne Frank: The Diary of a Young Girl and Wonder instead of—or at least in addition to—the Diary of a Wimpy Kid series.)

Also, literary techniques such as metaphors (terms or phrases that don’t make literal sense but do accurately describe something) come into play. Pro tip: metaphors compare things and so do similes … but similes tend to use the words like or as in the comparison.

The four main genres are poetry, fiction, nonfiction, and drama, but there are various genres within each. For example, within fiction, genres include crime, fantasy, romance, science fiction, western, inspirational, historical fiction, and horror. While most kids will have a favorite, they’re likely to discover they enjoy a variety of genres once they start encountering more of them.

Assessments such as Accelerated Reader (AR) tests are likely still being used to help gauge comprehension of reading materials.

One note of caution for parents of strong readers: sometimes a student’s AR level corresponds with books that may cover material that’s more mature than you want your fifth grader reading, so you may want to review their choices as their reading level increases.

The focus on writing really ramps up in fifth grade as students are required to research various subjects, form opinions, and clearly deliver their thoughts on a topic.

They need to learn to incorporate logic, experiment with different perspectives (first (I), second (you), and third person (he/she/they)) and elaborate and controvert clearly. For example, they may be asked to write about something they wish could be changed at their school and then support their position as to why it should be changed.

Parent tip: task your kids with some extra credit and have them learn about the people who write a dictionary! Then they can share that knowledge with their Language Arts class.

WATCH: Did You Know Real People Write The Dictionary?

Fifth graders should also be expanding their vocabulary and using new, interesting, and powerful words to convey their messages. (Hint: they can use Thesaurus.com’s writing tool to help.)

Writing tip: have your kids wow their teachers by writing about the urgency of the penultimate day before an essay deadline or by describing their mercurial little sister or brother vividly within an essay.

Fifth grade is where all that work on basic math skills—addition, subtraction, multiplication, and division—pays off, as more elements are added to the equations, including decimal points, fractions, and more word problems.

There’s also often a focus on geometry, concepts like volume (length x width x height), and being able to graph points on a coordinate plane. Remember those?

Refresher: coordinate planes include a vertical y-axis intersecting with a horizontal x-axis to create four separate, equally sized quadrants for plotting out and tracking data. 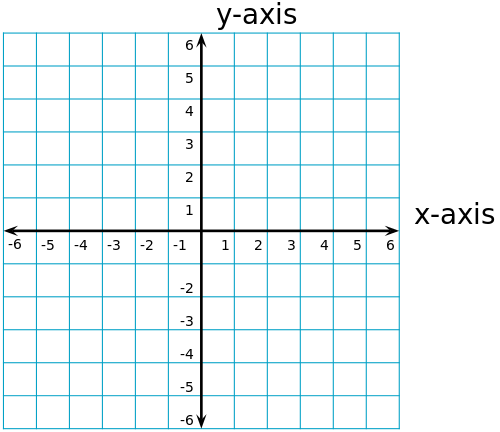 Science: diving into projects and experiments

In fifth grade, young scientists explore each of the three main branches of science.

In life science lessons, they may learn about the body and its systems, as well as cells and their various parts and functions.

In physical science lessons, they’re likely to explore the three types of matter (refresher: solid, liquid, and gas) and the periodic table. Parent tip: this is a great time to explain how a word like element can mean multiple things, outside of a specific meaning in science.

WATCH: How Does The Word "Element" Have 15 Definitions?

When it comes to earth science, they’re probably going to be taking a look inside the Earth and exploring its various layers. They’ll also encounter solar systems, which include the sun, the planets, dwarf planets (such as Pluto), asteroids, comets, and meteoroids.

Fifth graders may also begin performing classroom experiments that bring the lessons on the pages to life and/or they may also be tasked with developing a science fair project.

For example, they may dive into projects that explore which fabrics are most absorbent, how to keep soda from exploding from cans, or which foods mold the fastest. Be careful what you eat from your refrigerator if they select the latter one, as things may be getting furry in there!

Social studies covers a range of topics, including civics, history, and geography, and the lessons may carry over into other classes as well. For example, students may research and write reports about historical figures and historical events like the colonization of America.

They may explore cartography and create their own maps to bring current and historical events to life. Lessons might also discuss our nation’s government and its three branches (legislative, executive, and judicial).

And if they want to drop a little extra political knowledge in their social studies class, have your kiddos learn about the history of some of our political parties. It’s good to know the history before political lines become blurry later on (save that stuff for 6th grade, right?).

WATCH: What Is The Origin Of The Republican Party?

Above all, fifth grade is the time to strengthen that foundation they’ve been building since kindergarten. The better they prepare now, the more success they’ll have for years to come.

Previous 7 Word Games To Play With Your Elf On The Shelf Next Why "Existential" Was Dictionary.com’s 2019 Word Of The Year
RELATED POSTS