What does SHTF mean?

Any responsible person tries to be ready in case of emergency, but only a true prepper is ready for when SHTF. That is, when shit hits the fan. At the very least, they’ve probably got a six-month stockpile of canned beans.

Where does SHTF come from? 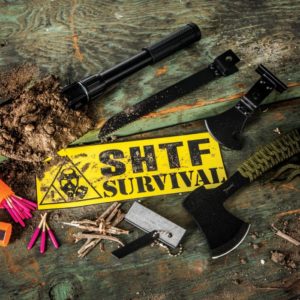 The expression shit hits the fan dates to at least 1930. Shit hitting the fan refers to the ultimate consequences of something turning out, well, shitty. When problems (shit) start piling up (hits the fan)—that’s when things get real.

Fun fact: One explanation suggests that the original fan in the expression was an agricultural mucker, which is basically a giant machine that sprays stuff everywhere. What an image.

We can find the expression shit hits the fan (or one of its variants, such as the solids hit the air conditioning) in general American English slang. The acronym of the expression, SHTF, is, however, associated with one particular subgroup: preppers.

who do you want in your tribe.when shtf

Doomsday preppers are people who believe they have to prepare for a major cataclysmic event, be it natural, man-made, or divinely ordained. We’re talking the end of society as we know it. This anticipated event, whether it’s a nuclear war or The Rapture, is referred to as when SHTF in prepper lingo.

SHTF has been used in prepper culture since at least 1994, when it began popping up on prepper online message boards. 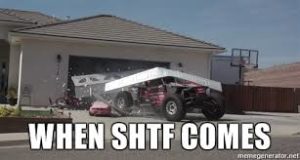 Lol. I always think I'm ready for the SHTF/apocalypse when cases of Aquafinas' on sale, and I buy 2. 😬
@bgc558, November 2017
While Smith now has enough canned and dehydrated rations to sustain his family of seven for a year, he’s less focused on a “SHTF” (Shit Hits the Fan) situation and more on preparing for short-term natural disasters, like the Bomb Cyclone and Hurricane Sandy.
Jensen E. Davis, The Crimson, March 2018 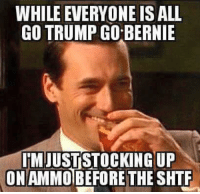 Anyone can talk about when shit hits the fan, though they should keep in mind it’s a somewhat informal and vulgar expression. 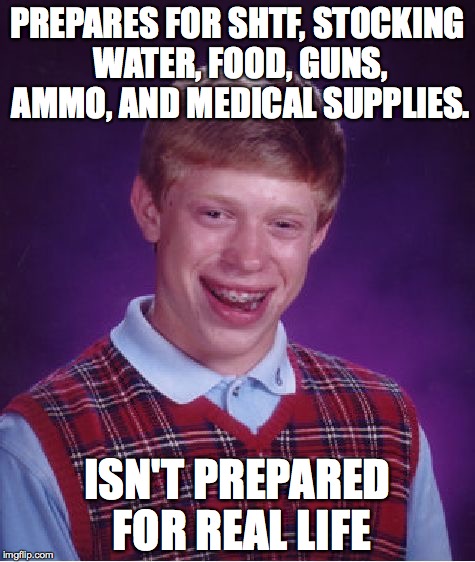 But if you’re referring to it as SHTF, you’re likely a prepper talking about when the end of the world comes. Preppers may even use SHTF as a noun for “the apocalypse,” e.g., when the SHTF comes. 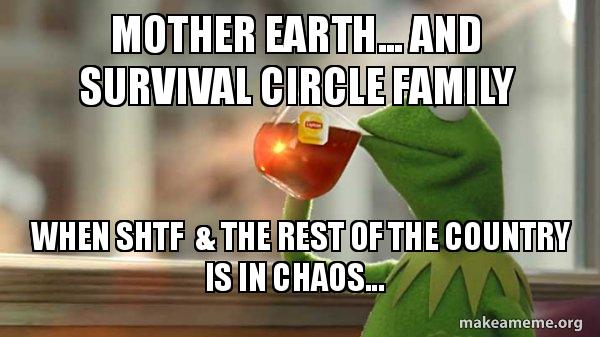 SHTF is even has a hashtag, #SHTF, that preppers on Twitter and other social media use to show their tips and tricks for preparing for the end of days.

#StockportHour, with #DryJanuary in full swing it's a perfect time to track that good old water intake in preparation for when #SHTF ! pic.twitter.com/PwK8ac9GfR

The Got Your Six #AR15 #Survival Mag is the first and only of its kind! Its a 10 round 5.56 Nato mag that houses a well equipped survival kit! Increase your chances of survival when #SHTF find out more at https://t.co/Ffo2ejenPW #usmc #veteranowned #LawEnforcement pic.twitter.com/D6Tp2errJ2

This is not meant to be a formal definition of SHTF like most terms we define on Dictionary.com, but is rather an informal word summary that hopefully touches upon the key aspects of the meaning and usage of SHTF that will help our users expand their word mastery.