Feedback
Previous Treat Yourself To The Origins Of 11 Food Toponyms Next "Cation" vs. "Anion": The Difference Between Them Is Electrifying

For many of us, our parents’ siblings are a big part of our life—from providing love and support to, let’s be honest, spoiling us. National Aunts and Uncles Day on July 26 is a time to honor and show our appreciation for these family members (and not just because they let us do the stuff our parents wouldn’t). But, perhaps because they’re so under-appreciated, there isn’t a common, single term to refer to them all at once.

Think about it: we can refer to moms and dads as parents and brothers and sisters as siblings. Each word can also be used in the singular to refer to such a relative without specifying their gender—which is also the case for cousin. But what about aunts and uncles—or their counterparts, nieces and nephews?

Well, it turns out there are some terms we can use to refer to these important relatives when we’re talking about more than one. Not only that, these terms are great examples of gender-neutral and gender-inclusive language that can make it easier to refer to and address the relatives we love—regardless of their gender.

You’re familiar with the terms aunt and uncle, but do you know where they come from? The word aunt ultimately comes from the Latin amita, meaning “father’s sister.” In modern use, aunt can refer to the sister of one’s parent or to the female partner of a parent’s sibling (your mom’s sister’s wife, for example). The word uncle is the male equivalent, referring to the brother of one’s parent or the male partner of a parent’s sibling (your dad’s sister’s husband, for example). It ultimately comes from the Latin avunculus, meaning “mother’s brother.”

If that Latin root looks familiar, it might be because you’ve heard the adjective avuncular. It literally means “of or relating to an uncle,” but we most commonly use it in a figurative way to describe someone, usually a man, as “kind, patient, and generous, especially to younger people—like a good uncle is.” The less commonly known adjective materteral is specifically used to describe things relating to a maternal aunt (the sister of one’s mother).

When it comes to referring to a mixed group of aunts and uncles (like we can do with parents or siblings when referring to those relatives), the language is far from settled. That said, one term that has become increasingly popular is pibling. Pibling can refer to either an aunt or an uncle and is modeled on sibling, blended with the P from parent. For example:

Read about the meaning and importance of the term nonbinary.

Some terms are used by those who identify as gender-fluid or in other ways, including:

When it comes to using these words, the key is, as always, respect. Use the term your relative prefers. If you’re considering what term to use for yourself, this resource from the organization known as A Gender Agenda lists several options.

The terms for niece and nephew are also gendered in the way that aunt and uncle are. Niece ultimately comes from the Latin neptis, meaning “granddaughter.” Of course, in English a niece is not a granddaughter—she’s “the daughter of one’s sibling.” Nephew (“the son of one’s sibling”) ultimately comes from the Latin nepōs, meaning “nephew, grandson.”

The linguist Samuel Martin is credited with coining the gender-neutral nibling in the 1950s. Nibling, like pibling, is modeled on sibling, with the addition of the letter N from niece and nephew.

Other proposed nonbinary or gender-inclusive terms for niece and nephew include:

Gender-neutral and gender-inclusive terminology for aunts, uncles, nieces, and nephews is relatively new and continues to evolve. If none of the terms mentioned here suit you (or your relative), there is always an option to create your own, just like we do with other kinship terms. For example, rather than use traditional terms like Grandma or Grandpa, some grandparents prefer to create their own titles, like Pipp or Birdy. The same creativity can be used to create your own alternative terms for aunt, uncle, niece, and nephew. The word you come up with might even become the one that everyone starts to use.

Originally from Pittsburgh, Minrose Straussman is an instructor in the English department at the University of the New Sorbonne in Paris, where she teaches English language and American culture. A frequent contributor to Dictionary.com, she has also written for the Jewish online magazine Hey Alma, Shmoop.com, and other outlets. For more by Minrose, read: Terms For Understanding The Diversity Of Jewish American Life

Do you have special names for your parents and grandparents? Read about some of them here.

Previous Treat Yourself To The Origins Of 11 Food Toponyms Next "Cation" vs. "Anion": The Difference Between Them Is Electrifying 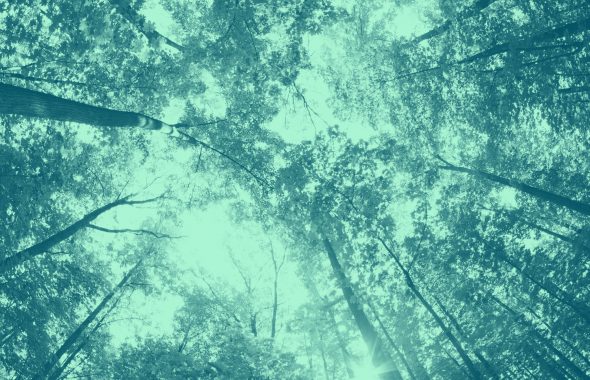