Need Writing Help?
Get It For Free

Capital and capitol are both commonly used in political contexts and are separated by just one letter, making them frustratingly easy to confuse.

When it comes to these two terms, it’s important to note that one has a number of meanings while the other refers to a certain type of building.

What is a capital?

Capital has many definitions. It can mean “the wealth owned or employed in business by an individual, firm, corporation, etc.”; and it can mean “principal; highly important,” as in safety was their capital concern. Also, it can mean “uppercase letter.”

But the capital that gives most people trouble is this one: “the city or town that is the official seat of government in a country or state,” as in the capital of California is Sacramento or the capital of the United States is Washington, DC.

What is a capitol?

Capitol also has to do with government, but it is more specific: capitol is defined as “a building occupied by a state legislature.” When the word Capitol is capitalized, it refers to the United States Capitol, a building in Washington, DC, that hosts Congress, the legislative branch of the US federal government.

Both capital and capitol are derived from the Latin root caput, meaning “head.” Capital evolved from the words capitālis, “of the head,” and capitāle, “wealth.” Capitol comes from Capitōlium, the name of a temple (dedicated to Jupiter, the Roman equivalent of the Greek god Zeus) that once sat on the smallest of Rome’s seven hills, Capitoline Hill.

How do I tell the difference?

Because capital and capitol are so close in spelling, it can be challenging to remember which word denotes what. As a mnemonic trick, consider the importance of the letter O in capitol. This O stands for “only one” definition, while the A in capital stands for “all the rest.” If that doesn’t work, try associating the O in capitol with the spherical dome of the US Capitol building.

Once you know the difference, you can use them correctly. When you are referring to a building, you should use capitol:

When you are referring to a city or town, you should use capital:

And when you’re referring to a music studio? That would be the Capitol Records building, but we’ll save music history for another day.

Now that you’ve mastered these differences, you should capitalize on the explanations of other mixed up words, like libel vs. slander and paradox vs. oxymoron. 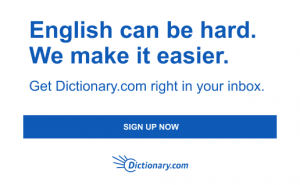