Capricorn is commonly known as The Goat. Capricorn’s name comes from the Latin Capricornus (a translation of the Greek aigókerōs, which means “ goat-horned”). Capricornus is the name of the related constellation shaped like a sea-goat. The Capricorn emoji ♑ usually depicts the symbol of Capricorn, which is a mythical creature that is half-goat and half-fish.

Are you a Capricorn? Check out our list of words that are perfect for Capricorn season and beyond.

Where does ♑ Capricorn emoji come from? 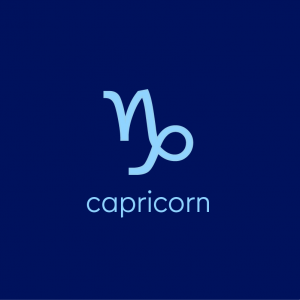 The Capricorn emoji ♑ was approved under Unicode 1.1 in 1993. On most major platforms, the emoji resembles the symbol of Capricorn (a glyph that depicts a simplified drawing of a mythical sea goat) in white and imposed on a geometric shape. On Apple, Samsung, WhatsApp, Twitter, and Facebook, the Capricorn symbol is on a purple square with rounded corners. On Microsoft, the purple square has sharp corners and is surrounded by a black outline. On Google, the Capricorn symbol is instead on a purple circle.

On Twitter, many people put the emoji representing their star sign next to their usernames in order to identify themselves. As is the case with all of the other zodiac signs, this is also true for the Capricorn emoji ♑.

Been the GOAT since birth ♑🐐
@dfleeezy, August 7, 2020
honestly surprised but not surprised at all the awesome people who are also capricorns ♑🐐
@estarLA, January 16, 2020

I don't believe in Astrology because I am a Capricorn ♑

Mercury is in Capricorn! ☿♑ Until the 3rd of January, 2022, we're going to become more grounded in the way we communicate. Mercury in Capricorn is unafraid to take on responsibilities, tackle serious discussions and handle information with authority and patience.

This is not meant to be a formal definition of ♑ Capricorn emoji like most terms we define on Dictionary.com, but is rather an informal word summary that hopefully touches upon the key aspects of the meaning and usage of ♑ Capricorn emoji that will help our users expand their word mastery.