As cliche as it sounds, I wanna get engaged on 4th of July under the fireworks because its hands down the best holiday. Future husband take notes 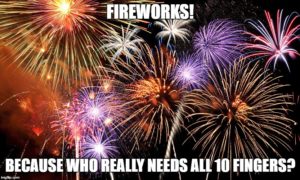 The fireworks emoji was approved as part of Unicode 6.0 in 2010 and added to Emoji 1.0 in 2015. It comes in a range of colors and styles as seen in the image below from Emojipedia.

This symbol is beloved and widely used, as it can express excitement, surprise, congratulations and other high emotions. It’s also frequently used twice a year in the United States, on the 4th of July, or Independence Day, and New Year’s Eve, on December 31.

The first American Independence Day display occurred in Philadelphia (with a smaller display in Boston) on the country’s one year birthday, July 4, 1777. Statesman John Adams, who helped draft the Declaration of Independence, wrote in a letter to his wife Abigail that there should be a “great anniversary Festival,” one “solemnized with Pomp and Parade, with Shews, Games, Sports, Guns, Bells, Bonfires and Illuminations from one End of this Continent to the other from this Time forward forever more.” And, so it was!

Did you know that fireworks go back to China’s Tang Dynasty in the 9th century? They believed fireworks could dispel bad luck and evil spirits and bring about just the opposite. So, it makes sense to begin each new year with a colorful display of things exploding in the sky, right? All done within reason (and with caution), of course! 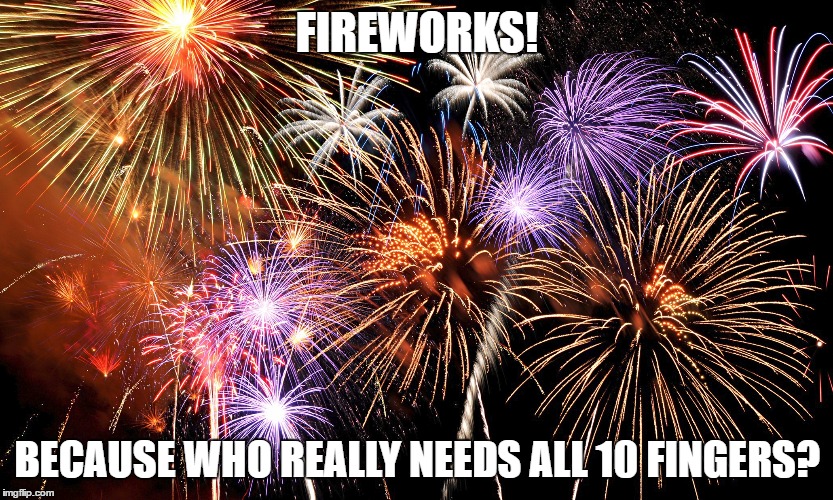 The fireworks emoji enjoys doing double and triple duty, as it can be used for holiday celebrations, for expressing congratulations, for personal achievements or expressions of pride, for surprises of all kinds, and simply to express joy. It works hard!

Our next #816Day photo is from @TaslerPhoto who took this 4th of July pic a few years ago showing fireworks over the Missouri River with the KCMO skyline in the background. 🎆 pic.twitter.com/BWnFBngxTK

People use it to express a sense of achievement or to share that they’re just feeling really damn good about something.

It pairs well with wedding celebrations …

… and with major birthdays.

A major congratulations to @Tivoli celebrating its 175 birthday today. A living fairytale never seizing to amaze us. Here’s to many more years of extraordinary experiences! 🎆 pic.twitter.com/828x5N1pWA

It also pairs well with lightening!