Give peace a chance with the peace symbol emoji, ☮, that symbolizes peace, love, harmony, and overall good vibes, man.

The peace symbol emoji was added to Unicode 1.1 in 1993. It looked much simpler back then, getting properly emojified as part of Unicode’s Emoji 1.0 set in 2015. Across most platforms, it appears as a white peace symbol on a purple background, though Facebook features a black peace symbol on no background. On emoji keyboards, it’s found among other religious and astrological symbols, like the Latin cross ✝️ or Scorpio ♏ emoji, set off as they usually are in purple.

The symbol that the emoji depicts is a universally recognizable symbol for peace designed in 1958 by Gerald Holtom for the British Campaign for Nuclear Disarmament. According to Holtom, the symbol depicts both the flag semaphore symbols for the letters N and D (for nuclear disarmament) in a circle and a human with hands at their sides in front of Earth.

Since its creation, the peace symbol has seen extensive use as part of protests against nuclear proliferation as well as war and violence more generally. The hippie-inflected countercultural movement that arose in opposition to the Vietnam War in the 1960s, for example, extensively used the peace symbol for its protests. Its emoji incarnation continues the campaign for peace and love into the digital age. 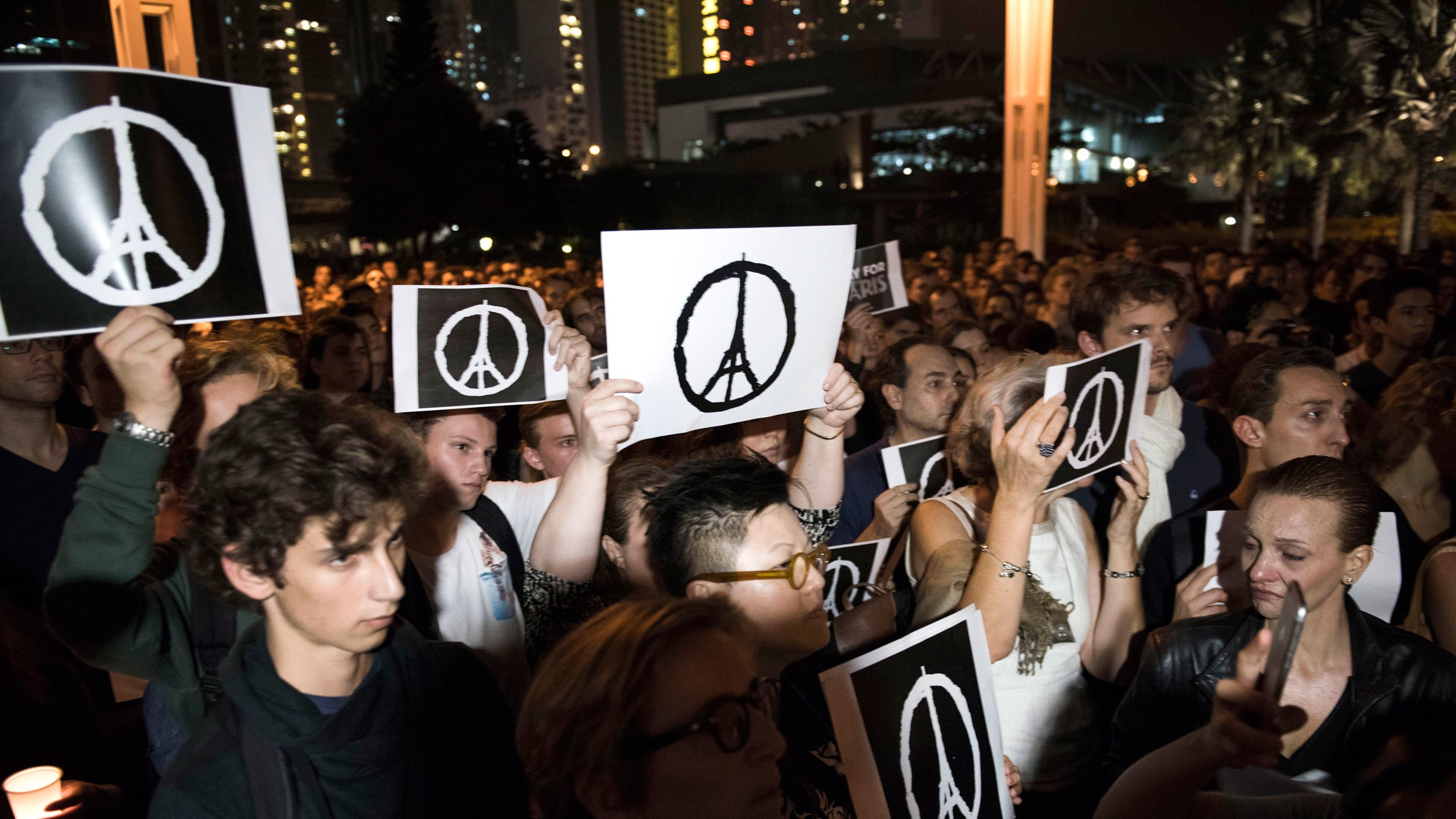 Goodnight Divergents🌿
Be yourself
Spread love and peace☮️

It is also commonly used by anti-war protesters and activists, carrying on the legacy of the original symbol.

Americans need to think and grow your heart bigger, not smaller, if you want a chance at peace and prosperity. ☮️

"North and South Korea have agreed to end the Korean War"

Due to the peace sign’s close associations with 1960s hippies, the peace symbol emoji is also a favorite of free-lovin’, free-spirited flower children …

And I love you peace and love thank you Madrid for the great Night I love you 😎✌️🌟💖🌺😍🐘🎶☮️ pic.twitter.com/d8x0e8nd3A

There's still a little Hippie in most of us:)☮️ pic.twitter.com/FuZyicKzQb

… or by people calling up hippie fashion …

… or by people enjoying their pastimes, like smoking marijuana. Hey, hippies weren’t just famous for that anti-war thing, you know.