What does 🍍 Pineapple emoji mean?

This exotic fruit is depicted with a bright green leafy top and its scale-laden body is in yellows and golden browns. It’s used in relation to fruit and food, to travel and hospitality, and, in certain circles, to one’s relationship status. 🤷‍♂️

Where does 🍍 Pineapple emoji come from? 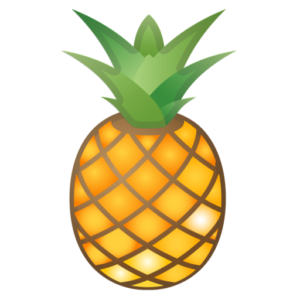 And you thought a pineapple was just a pineapple! Well, sometimes it is. But, did you know that the pineapple is a symbol of hospitality, prosperity, friendship, and diplomacy too?

The strange looking fruit was once popular as an architectural feature on buildings and in sculptures and its connection to travel, hospitality, and luxury is probably related to Christopher Columbus. The Italian explorer brought pineapples back from the New World, and in the 15th century, nothing said, “I have traveled far and wide” more than a pineapple …

Today, the pineapple—like the lemon—is enjoyed in print design on clothing, textiles, and home decor items. It still exudes a kind of regal … deliciousness.

In recent years, the pineapple emoji has been adopted on Snapchat to mean a “complicated” relationship status. Uh oh … spiky on the outside, sweet on the inside, we guess? 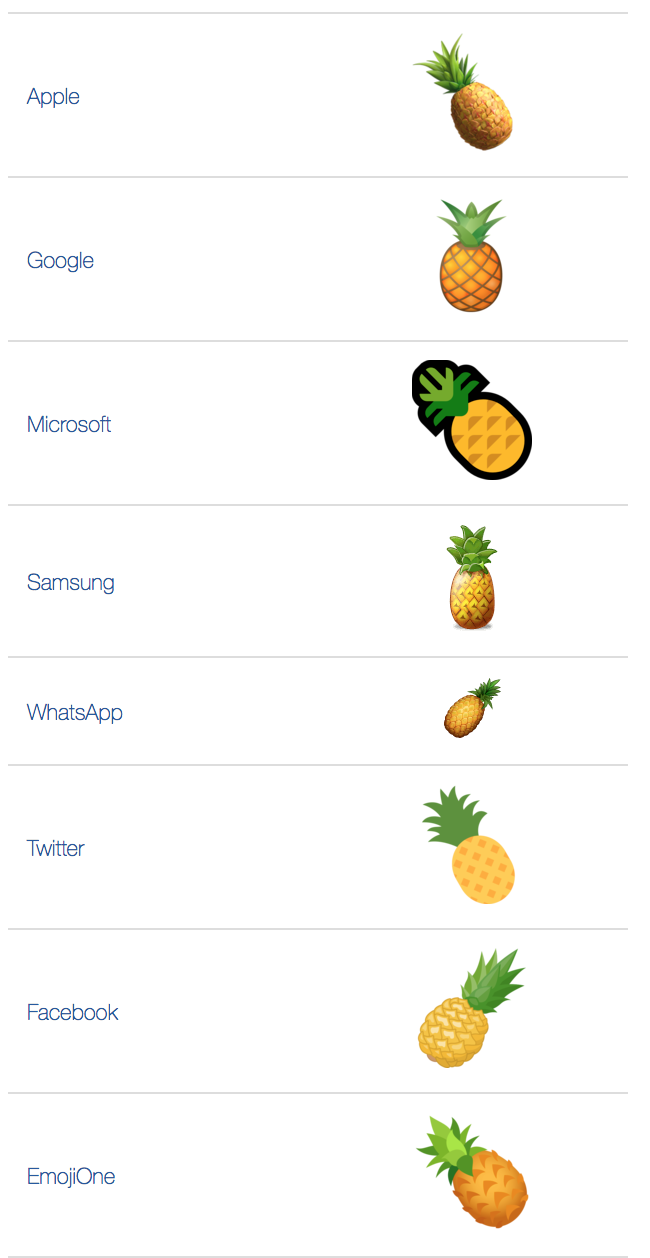 The emoji was popular on Snapchat for a while with teen girls to mean a “complicated” relationship status. (Blueberries meant “single,” and cherries indicated “in a relationship” in case you wanted to know.)

That may be why the emoji is sometimes seen in sexy or flirtatious posts where a piece of fruit (other than the peach) seems out of place!

The emoji is also used in posts relating to a member of the Korean girl band Red Velvet, Seulgi, who has an affiliation with the fruit. (It may be due to the fact that pineapples once adorned her fingernails … ?)

This is not meant to be a formal definition of 🍍 Pineapple emoji like most terms we define on Dictionary.com, but is rather an informal word summary that hopefully touches upon the key aspects of the meaning and usage of 🍍 Pineapple emoji that will help our users expand their word mastery.