Everything After Z by Dictionary.com
Previous Word: genderfuck
Next Word: grey-a

when you have a complicated gender and want people to respect it but they don't but u feel rude correcting them 😓 #gendervoid #lgbtprob
@Wendigo_Dreams, September, 2017

Gendervoid Aesthetic / Tumblr
What does it mean to be 'gendervoid', for instance; to have the feeling of a void, where there usually exists a feeling of being gendered? Unless the identity gendervoid resonates with you, it's very difficult to totally comprehend that concept, which is why gut-feelings are so important to how neo-identities work.
Susan Driver & Natalie Coulter, Youth Mediations and Affective Relations, 2018

Where does gendervoid come from? 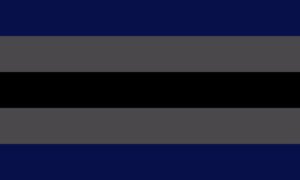 Gendervoid appeared on the social media site of Tumblr in 2015 on All The Gay, the site of user therainbowgorilla, who addressed a question about the difference between voidgender (an alternative name) and agender.

Therainbowgorilla answered that gendervoid/voidgender may be considered a synonym for or adjacent to agender, but for them, agender implies gender neutrality while gendervoid entails feeling an utter lack (void) of any gender experience or identity.

In 2015, an internet meme featured a person with buzzed hair and dark lipstick with the text: “when you’re filling out a form and it asks for your gender but the option gendervoid foxkin demiqueer isn’t there.” The transphobic meme mocked the influx of gender identities and terms on Tumblr, a site known for its nonbinary gender discussions and community. 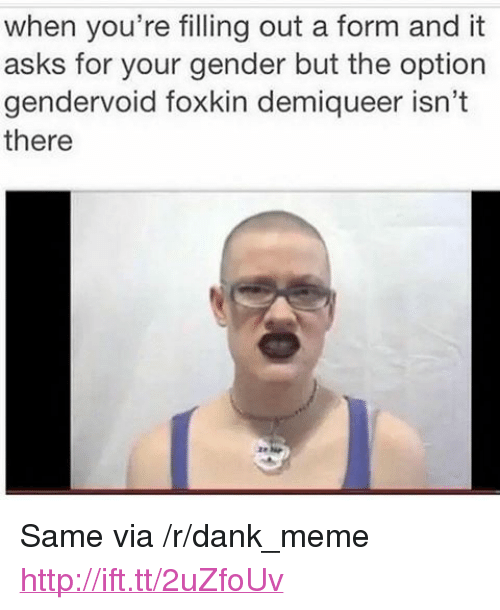 Urban Dictionary posted entries for gendervoid by the end of 2016. 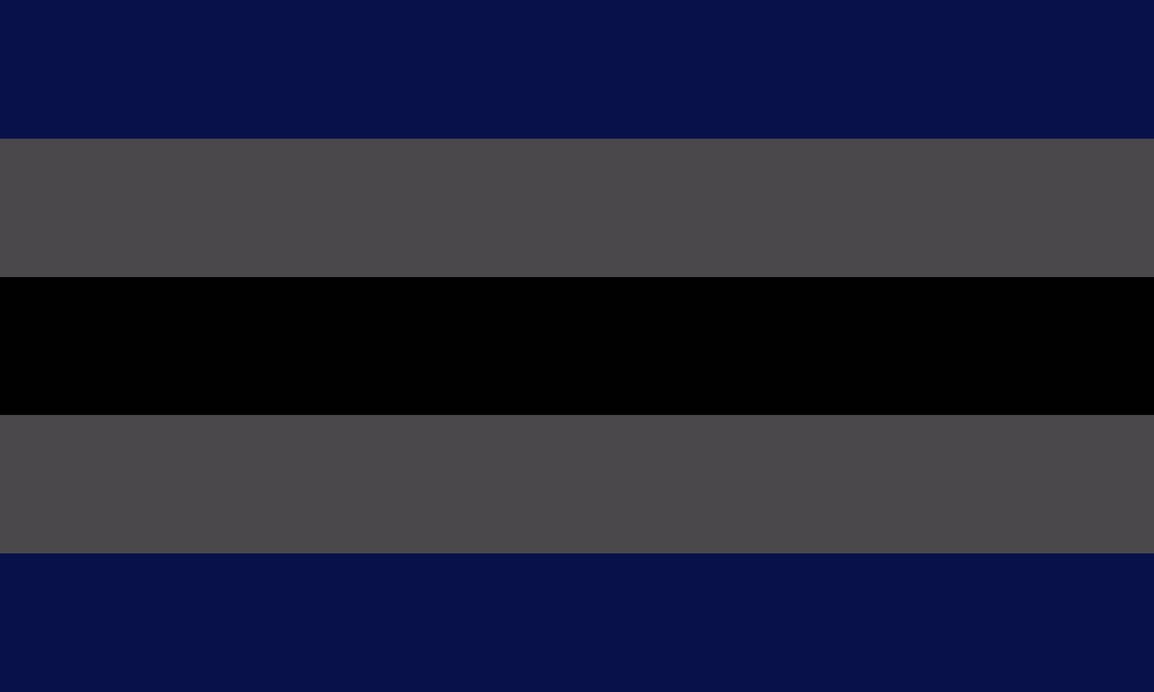 Gendervoid is often used synonymously with agender, or someone who does not have a gender identity or expression. It especially emphasizes a person’s experience of gender-less-ness.

The term sees some activity on Twitter and Tumblr, where people use it in everything from posting selfies to discussions of gender identity to affirmations of being gendervoid.

I mean it's a good start – but what about genders beyond the binary tho #agender #gendervoid https://t.co/kJN9KALDZ4

Gendervoid is included in resources like the Nonbinary Wiki and Queer Undefined. Notably, it was used as an example in Susan Driver and Natalie Coulter’s 2018 book Youth Mediations and Affective Relations about new identities in contemporary youth and internet culture—and how it can be difficult for people to understand identities like gendervoid.