What does t-girl mean?

A t-girl is a term for a transgender girl or woman. While some in the LGBTQ community embrace the term, others find it offensive.

Where does t-girl come from? 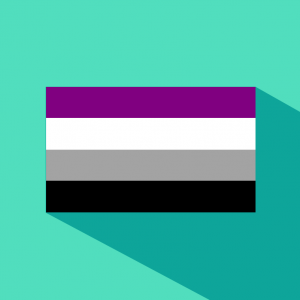 T-girl is based on transgender woman or trans woman, a person who was assigned male at birth but whose gender identity is female. T is short for trans(gender) and girl, of course, is a term for a young female. The transgender man equivalent of a t-girl is t-boy.

Early instances of t-girl online are found in personals posted on gender-and-sexuality-based Usenet groups in the late 1990s. Today, t-girl is sometimes used in the pornography industry to label or promote content. Some have argued that this use of t-girl fetishizes or objectifies transgender woman. Others, such as a self-identified transgender commentator Daniella Argento in 2018 blog post on the term, have observed:

Wherever the usage is, the pornographer follows. However, I simply cannot agree that a word being used by a pornographer invalidates other uses of that word. It is simply a nonsensical argument. Using obscenities in polite society does not raise their register. Using high register words to describe obscenity does not destroy the meaning of the word.

these girls using pride as an excuse to get drunk and high but when was the last time you supported a t-girl's gofundme??
@yxng_meezy, June 2019
Nightlight in cities from coast to coast have always been gay-centric and left queer, transgender, and gender-nonconforming people at the door. But for GAMI, the Miami born and raised T-girl, this kind of homosexual nonsense she’s witnessed growing up in the city is ready for retirement.
Chris Thomas, Out, October 2018

The term t-girl is disputed within the LGBTQ community. Some transgender woman identify as t-girls. As noted, others find t-girl offensive, especially because the term is associated with pornography featuring transgender women.

Having @saharaknite draped over you is one of the most fundamentally wonderful experiences a t-girl can have 😍 pic.twitter.com/ydq4nqpMac

Given that some people may be offended, it’s always best to ask a person about their identification preferences. Additionally, calling a woman a girl (outside contexts where women themselves are using it playfully or affectionately) is sexist.

hey if you’re cisgender you’re not allowed to use tr*nny, t-girl, transgenders, transgenderism and a number of other things. whether you’re talking to a queer person or not! be respectful. these terms are outdated and offensive!

This is not meant to be a formal definition of t-girl like most terms we define on Dictionary.com, but is rather an informal word summary that hopefully touches upon the key aspects of the meaning and usage of t-girl that will help our users expand their word mastery.