What is Tax Day?

Tax Day is not an official name—it’s just a popular way of referring to the day.

Tax Day is as inevitable as taxes—it comes around every year. Tax Day most commonly falls on April 15, but it is sometimes moved due to varying circumstances, including when April 15 is a Friday, Saturday, or Sunday. In those cases, Tax Day moves to the following Monday or Tuesday. Sometimes, Tax Day is moved for other reasons. In 2021, Tax Day was moved to May 17 due to tax code changes resulting from the COVID-19 relief package.

Where does Tax Day come from? 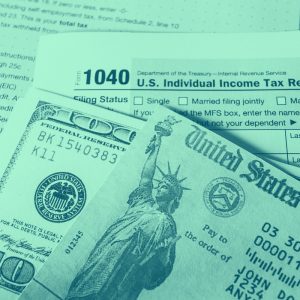 Income tax in the US was first collected during the Civil War, but the law that enacted the tax was repealed in 1871. A new income tax law was passed in 1894 but was soon ruled unconstitutional by the Supreme Court. This meant that in order for the government to collect income tax, the constitution would have to be amended—which it was, in 1913, with the 16th Amendment. Tax Day was first set as March 1, then moved to March 15 in 1918, and finally to April 15 in 1955.

It’s tax day! And that means I have to update my entire computer, wait around for 3 hours for updates to go through, and then mess around finding all the official mail I’ve been avoiding.
@FakeMartha957, February 7, 2021
Me in 2011: TAX DAY IS TOMORROW AND I HAVE NO IDEA WHAT I'M DOING AAAAAAAGH Me in 2021: It's January 25th, I've itemized all 473 deductions in a spreadsheet where the FRICK ARE MY 1099s AAAAAAAGH
@brentalfloss, January 25, 2021
The March 15 filing deadline remained on the books for a long time. Not until 1955 did taxpayers face a new deadline. The Internal Revenue Code of 1954 established April 15 as the tax day we all know and loathe.
Joseph Thorndike, Forbes, April 13, 2017
SEE MORE EXAMPLES

What are other words used in discussion of Tax Day?

This is not meant to be a formal definition of Tax Day like most terms we define on Dictionary.com, but is rather an informal word summary that hopefully touches upon the key aspects of the meaning and usage of Tax Day that will help our users expand their word mastery.