Feedback
Previous "Unalienable" vs. "Inalienable": Is There A Difference? Next "WikiLeaks" vs. "Wikipedia": Do You Know The Difference?

Trust us on this one. There’s only a slight difference between these two. In general, distrust and mistrust are considered synonyms, both based on the word trust (although centuries apart).

As nouns, both words refer to a condition of lacking trust, and are effectively interchangeable. As verbs, well, it’s a bit more complicated, as you’ll see.

What’s the origin of trust?

The word trust is first recorded around 1175–1225. It comes from the Old Norse word for, well, trust: traust. (Some words are trusty that way.) It’s related to the German word trost (“comfort”). Distrust was first recorded in the 1500s, while mistrust dates as far back as the 1350s. Mis- is a prefix meaning “ill, mistaken, wrong”; it can also simply negate the word that follows.

The Latin-based prefix dis- means “apart, asunder, utterly,” suggesting the trust has not only been reversed but torn apart. Like mis-, however, dis– can also be used to negate the word that follows.

So, is there a meaningful difference between mistrust and distrust?

If you’re looking to differentiate between the two words, you should look at the verbs. While their definitions are quite similar, their recorded usage does vary (and mistrust has some historic meanings not as widely used any more, such as “to surmise”).

And while some people claim there’s a distinct difference between these two, their actual usage do not necessarily support the claims.

According to data, the verb mistrust is more frequently used than distrust. To mistrust is “to regard with mistrust, suspicion, or doubt.” The word suspicion can be key here. The lack of trust implied by mistrust can take the form of unease or uncertainty, and may be based on feelings and instinct rather than direct experience. For example: The teachers mistrusted politicians, especially those eager to prescribe reforms without setting foot in a classroom.

To distrust is “to regard with doubt or suspicion; have no trust in.” This verb—if we want parse subtle differences in usage or connotation—can express a lack of trust stemming from a specific experience or certain knowledge. So, you could say, I have every reason to distrust George because he’s lied to me before. When you use distrust, you’re often implying you have evidence to back your wariness.

Other examples of mistrust and distrust

In their noun forms, distrust and mistrust are essentially interchangeable. We define the noun distrust as “a lack of trust; doubt; suspicion.” And we define mistrust, the noun as “lack of trust or confidence; distrust.” When the dictionary defines mistrust as distrust? You can trust that you can usually swap one for the other.

Example: Their mutual distrust made the collaboration impossible. Mistrust also works in this example.

Or, is there some mistrust between my sister and me? Yes, I would say so. But we’re cordial whenever we see each other. Distrust can be substituted for mistrust.

That said, language is a subtle, tricky thing, as this article makes clear. So, for some writers and speakers of English, distrust and mistrust are warranted in slightly different contexts:

Was that helpful? Based on the good advice this dictionary provides you (without fail, we hope), we don’t think you need to be distrustful or our explanations? Or do we mean mistrustful?!

One thing is certain, you can trust us to clear up other confusing matchups, like paradox and oxymoron, or affect and effect. Reading these articles is sure to have a positive effect on your linguistic skills. 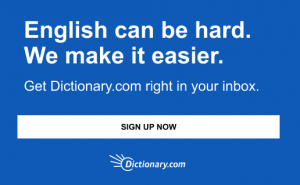 Previous "Unalienable" vs. "Inalienable": Is There A Difference? Next "WikiLeaks" vs. "Wikipedia": Do You Know The Difference?
RELATED POSTS