What does super powders mean?

Ninety-eight 🏋️...ninety-nine 🏋️...one-hundred 🏋️! Super powders are powdered extracts chock-full of nutrients. Made from all natural sources such as roots, berries, and algae, these supplements are claimed to have powerful health benefits.

Where does super powders come from?

Super powders emerged as a part of the superfood movement.  The term superfood was started by various food manufacturers and health gurus as a marketing tool as part of health crazes in the late 20th and 21st century.

Superfoods promise to make people healthier, stronger, and leaner. In some cases, they are even claimed to prevent cancer or reverse the effects of aging; hoever, there still has been little scientific proof to back up these more extreme claims. In fact, many nutritionists and dietitians oppose the movement, seeing it as capitalizing on health fads. 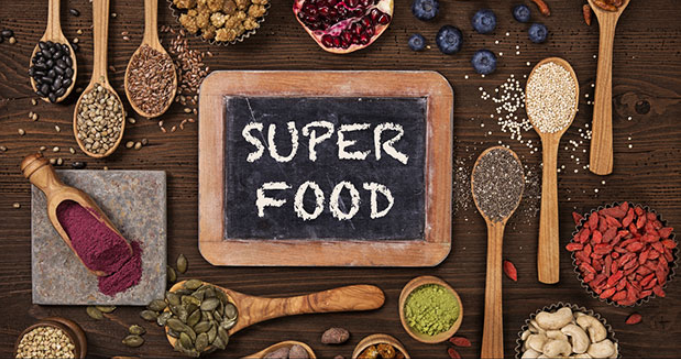 Under the superfood umbrella are berries (e.g., goji, acai, and maqui), fermented foods (e.g., kimchi, kefir, sauerkraut, tempeh, and kombucha), and, you guessed it, super powders. Evidence for the phrase super powder dates back to at least 1990.

Super powders include items such as moringa, made from an African tree leaf and thought to help reduce blood pressure and cholesterol, as well as maca, a Peruvian root believed to boost energy, keep hormones balanced, and even improve fertility. Others super powder ingredients include acai, chlorella, baobab, spirulina, matcha, turmeric, sumac, and other leaves, fruits, and roots said to be rich in antioxidants and other nutritious compounds.

Give your morning smoothie a nutrient boost with these healthy super powders http://t.co/Hx2XpQOKbX pic.twitter.com/tRaV4Mouo2

People typically consider the taste of super powders alone unpleasant and earthy, and so many will mix them in smoothies, yogurts, or fruit bowls. Again, there is little scientific evidence backing up super powders’ more extreme health claims, and they aren’t recognized or regulated by the FDA. While some super powders may live up to their health claims, they are often costly, and in some cases their exact health benefits may not be exactly clear.

Yoga followed by a green smoothie, using super powders for the first time. I feel like a health goddess.

@edielpc, April 2015
I was peer pressured in Holland & Barrett to buy £19.99 worth of "super powder". Don't know whether to eat, plant or snort the bugger
@Jodsfindlay, Sept 2016
SEE MORE EXAMPLES

The super powder trend picked up popularity with young adult women in the 2010s. Today, the super powders’ mainstream presence has given it a much broader appeal. Ingredients are typically found in organic grocery stores, online supplement distributors, and farmers’ markets, and they’re most commonly used in smoothies, bowls, or teas.

First full day back at work after being off with a stomach bug and I’m exhausted! I managed to survived last week on plain crackers and pasta 🙈 Trying to eat lots of fresh fruit and veggies to get back some of the nutrients I lost. Made a super green wheatgrass, spirulina & matcha latte as a pick me up using @kokodairyfree coconut milk, agave nectar and @naturesheartsuperfoods Alkalising Superpowder (available at @ocadouk). Hoping to be back to full health soon 💚 * #greenlatte #mondaymotivation

While sometimes the goal of eating super powders is weight loss, often consumers are just aiming to improve their overall health.

Stay ahead of the game in 2019 with these #healthtrends – from super powders to sleep health… https://t.co/cVWUVi2Hgl

Its most avid consumers tend to be proponents of health-conscious diets.

Super powder as a term and trend rose in the late 2010s. Lots of online companies target consumers with super powders as a health buzzword, advertising tasty and healthy treats that boast health benefits. Whole Foods even predicted super powders would be a major trend for 2018.

The mainstream consumption of super powders and other superfoods have been criticized by some people of color. They have claimed that the increased demand for them pushes up the price of products of native foods and that it is a form of cultural appropriation.

Been drinking these “super powders” once a day for god knows how long.

Remember when White peoole used to be disgusted by haldi? Stay in your lane. #triggered pic.twitter.com/KrTvopXoSv

Other people will joke about the benefits super powders and the people who consume them as pretentiously healthy.

If this does not come with a magical girl style transformation when I put it in my smoothie what even is the point?

My super powder is at the bottom of the rice krispies box.

Don’t get the food super powder confused with cosmetic super powders, or makeup and hair-coloring products made from powders with “super-beautifying” effects.

OMG – Clinique have changed the packaging of their Superpowder Double Face Makeup. First time in the 20-something years I've been using it! #thetimestheyareachangin #cosmetics pic.twitter.com/SdDvz69bis

This is not meant to be a formal definition of super powders like most terms we define on Dictionary.com, but is rather an informal word summary that hopefully touches upon the key aspects of the meaning and usage of super powders that will help our users expand their word mastery.