What does aesthetic mean?

Aesthetic concerns what is considered beautiful.

In pop culture, an aesthetic refers to the overall style of someone or something, like a musical sound, interior design, or even a social media presence.

In the 2010s, the term became closely associated with vaporwave culture on Tumblr.

Where does aesthetic come from? 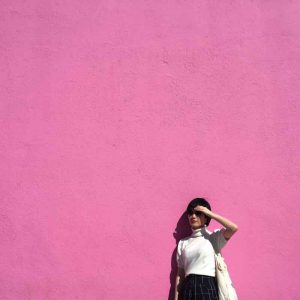 Tumblr kids might want to imagine that they made up aesthetic, but they ultimately have 18th-century German philosopher Alexander Baumgarten for coining aesthetics, recorded in English in the 1760–70s. Treated in ancient and modern philosophy alike, aesthetics considers how humans experience and appreciate beauty, art, and taste.

Fast forward to the 2010s, when the music genre vaporwave helped bring the term aesthetic to the mainstream. Several releases were influential in popularizing the term, including Macintosh Plus’s album Floral Shoppe (2012) and Savvy J’s video  “♋ AESTHETIC ♋” (2013).

Vaporwave had a very defined aesthetic—or the curated appearance or style of something, especially when it comes to a look, art, or design, a sense of the word which dates back to the 1950s. Its album covers featured 1980–90s graphics, bright, airbrushed pinks and purples, and images of classical statues and retro technology. While people in vaporwave culture were proud of their aesthetic, others began to satirize its purported originality online.

Meanwhile, many on social media sites like Tumblr began cultivating blogs with a particular aesthetic, typically based on a particular theme, look, feel, or interest—helping to make this fancy, philosophical work with Greek roots a more common term for “beautiful” or “well-styled.”

Jimmy's Marketing Tip of the Day; / Be aware of aesthetic and how it applies to you and your online presence. This can be everything from a consistent font, to a contrasting colour scheme that is appealing to the eye. / Trust me when I say that it can make the world of difference!
@Jimmy_Sherwood, October, 2018
Pop stars, such as rising artist Rina Sawayama, have adopted the aesthetic and made it a central part of their image, both aesthetically and sonically. Charli XCX and Troye Sivan even released a tribute track entitled “1999,” with album artwork featuring the two artists dressed as characters from “The Matrix,” a film essential to the development of the early 2000s aesthetic.
Michael Wu, Study Breaks, October, 2018 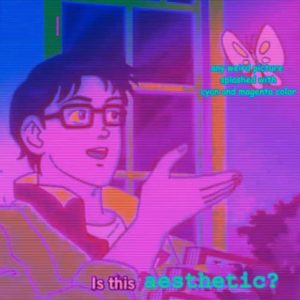 Aesthetic is both a noun and adjective and is used by everyone from philosophers to bloggers. Something that has aesthetic appeal is very beautiful, attractive, or beautiful. Something that has a certain aesthetic features a well-defined and well-cultivated style (e.g., a shabby chic aesthetic, goth aesthetic, or minimalist aesthetic in one’s dress, home, lifestyle, or work). Having a recognizable aesthetic is considered complimentary and very desirable, especially in an age of personal brands.

This is not meant to be a formal definition of aesthetic like most terms we define on Dictionary.com, but is rather an informal word summary that hopefully touches upon the key aspects of the meaning and usage of aesthetic that will help our users expand their word mastery.