What does bootch mean?

Bootch is an alternative pronunciation or spelling of botch, butch, or bitch. It can also be an alternative form of booch, a slang word for “cocaine.”

Where does bootch come from? 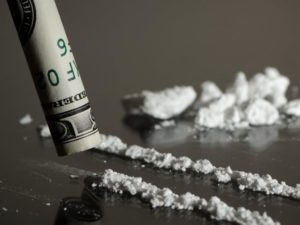 The word bootch has been used since at least 1887 as a Scottish English way of saying and spelling botch, or “mess something up or bungle it.” The very long pronunciation of the vowels O and U in Scottish English has led its speakers to pronounce and sometimes write butch (slang for a woman with an appearance associated with traditional masculinity) as bootch.

Oh well NO WONDER he says it "bootch." Lol Us Scottish and our brogues. 😉

Scottish accents aside, bootch is also a way to swear without swearing—like saying shut the front door instead of shut the fuck up. Similarly, bootch is a euphemism for bitch online since at least the 2000s, often used a term of endearment (cf. betch).

We love and appreciate you too bootch 💜

Finally, the word bootch is an alternative form for booch, a slang term for “cocaine.” It’s not clear where booch originated, but it is occasionally found in hip-hop. For example, on his hit August 2018 track “SICKO MODE,” Travis Scott raps: “Hit my eses, I need the bootch,” a reference to getting coke off of eses, or “Latinos.” Multiple sources root booch/bootch in New York, particularly Washington Heights, a predominantly Latino part of the city.

Only true know how I feel and only if you knew how I felt / Sniffed a lil' bootch off the nail
Kanye West, "Fire" (song), 2018
Mike tried to reassure her. "Don't worry. People usually like me for who I am, not how I dress." "They'll know you are a bootch," Ana said angrily.
Jay Rayn, Butch II, 1994
Is anyone else still salty about felicity interrupting Barry & Iris’s wedding so she could get married with Oliver? Like, bootch why are you taking their moment like that? #TheFlash...
@AASwiftie13, November 2018
SEE MORE EXAMPLES

The meaning of bootch depends on context. Scots, and apparently even some Latinos, are likely to use bootch as a dialectical rendering of butch or botch.

People in the hip-hop community, both artists and fans, are most likely referring to cocaine when they talk about getting some bootch. The Kanye West & Kid Cudi song, “Fire,” offers another example: “Sniffed a lil’ booch off the nail / Through with mixed-messages, through with the mail.”

People online often use bootch as a softer, less swear-y, and more affectionate version of bitch.

Elsewhere in bootch-ery. Bootch is the name of an electronic dance music artist; it’s not clear what inspired the moniker. There is also a famed, one-of-a-kind 1929 Rolls-Royce car that has Bootch emblazoned on its grill. (It’s possible Bootch was the surname or nickname of the designer or first owner of the car.) And, for you fermentation fans out there, booch has also become an affectionate shortening of the beverage “kombucha.”

This is not meant to be a formal definition of bootch like most terms we define on Dictionary.com, but is rather an informal word summary that hopefully touches upon the key aspects of the meaning and usage of bootch that will help our users expand their word mastery.