What does Eskimo brothers mean?

Eskimo brothers is a term that refers to men who have had sex with the same partner at different points in time. It can sometimes be considered offensive.

Where does Eskimo brothers come from? 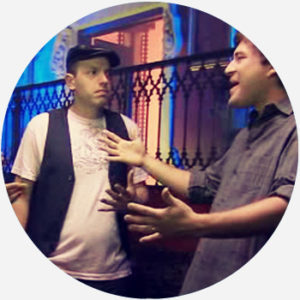 The term Eskimo brothers was popularized by the second episode of the American TV sitcom The League. The character Taco, played by Jon LaJoie, describes the concept—“when two guys had sex with the same girl”—to his friends, showing how he can get favors like free drinks at the bar from his fellow Eskimo brothers. On The League, Eskimo brothers share a fraternal bond.

LaJoie told Esquire in 2014 that when he saw the term in the script he thought it “was a thing that was out in the world. I Googled it and nothing came up.” And, Google Trends shows little interest in the phrase until November 2009, right after episode aired.

LaJoie later learned that it was League creator Jeff Schaffer’s creation. Schaffer, for his part, said he took the phrase itself from writer Billy Kimball back in 1992, but wasn’t sure what Kimball was referring to at the time, so Schaffer likely deserves credit for the term’s current meaning.

On a more literal note …

Some Inuit and Aleutian peoples have been described as practicing limited and organized forms of spouse exchange, which led to a misconception that Inuit men “lent” their wives freely, but it does not appear that the creators or cast of The League were aware of or alluding to this fact.

Throughout the League’s run, Taco continued to make reference to and expand on the concept, even proposing to build an Eskimo brothers database. The idea has actually even been turned into a real app that connects to Facebook and claims to help you find your Eskimo brothers.

LaJoie also wrote and recorded a song and music video titled Eskimo Brothers that explains the concept through a number of euphemisms, like “fishing in the same hole.” Fans of the show have even gone so far as to tell the actors about their own Eskimo brothers.

The term’s popularity led to articles on sports and pop-culture websites. Ranker.com has a list of celebrity Eskimo brother pairs that includes Leonardo DiCaprio and Ryan Reynolds, Joe DiMaggio and John F. Kennedy, Marc Antony and Julius Caesar, and, in a bit of a stretch, Kermit the Frog and Josh Groban—who appeared as Ms. Piggy’s love interest in an episode of the 2015 Muppets TV show.

The phrase reached a wider audience in July 2015, when one contestant on the reality show The Bachelorette mentioned that another contestant was his Eskimo brother, indicating that the fictional in-joke had been taken up by a wider, mainstream audience. Google trends shows search interest in the phrase peaked in July 2015.

Although references to Eskimo brothers are usually meant to be lighthearted, the term can be considered sexist and racist. A Bustle article published following the phrase’s appearance on the Bachelorette pointed out that the term reduces women “to the glue that holds two dudes together.”

Also, a recent People.com article in December 2018 insinuated that Anderson Cooper and Andy Cohen have “hooked up with the same guy,” leading to a new interest in the term. Poor Anderson.

Also, although many Inuit and Yupik people in Alaska “accept the name ‘Eskimo,’” according to the Alaska Native Language Center, Inuit elsewhere object to that name.

This is not meant to be a formal definition of Eskimo brothers like most terms we define on Dictionary.com, but is rather an informal word summary that hopefully touches upon the key aspects of the meaning and usage of Eskimo brothers that will help our users expand their word mastery.