Feedback
side boob
side hustle

What does side eye mean?

A side eye is a facial expression meant to convey doubt, shock, scorn, or criticism of the person it’s aimed at. It’s made by looking at someone indirectly, out of the corners of the eyes.

🙄 Face With Rolling Eyes emoji, 👀 Eyes emoji, ight, how you doing, This is fine, Trust the Process

Where does side eye come from? 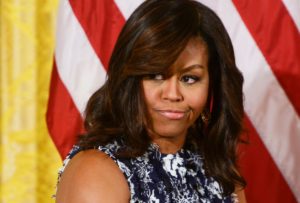 Giving someone a look out of the corner of your eyes has been a sign of contempt, disbelief, suspicion, or sneakiness for a long while. Shakespeare called this type of look askance, another use that’s commonly used today. The look is also called a sidelong glance, which Charles Dickens, for instance, uses in his 1850 novel David Copperfield.

The expression side eye, however, has its own venerable history. One of the earliest known uses of side eye goes all the way back to a 1797 periodical, which refers to being “looked upon with a side eye.” It’s also in James Joyce’s 1922 Ulysses, again a side eye, rather than increasingly common the side eye, as in giving someone the side eye. Even the verbal use, to side eye someone, goes back to at least 1916, though not historically as common as it is now. 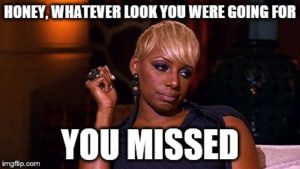 Since the 2010s, side eye in general has been much more commonly used in news and social media. It’s a popular enough phrase to title at least two songs, the 2006 “Side Eye” by British singer-songwriter Julie Collings and the 2016 “Side Eye” by American R&B artist Rob Scott.

Examples of side eye

PSA: it's the last week of March aka it's the last reasonable week to walk in your professor's office hours without getting the side eye.
@joreyc4life, March 2017
“As a matter of fact, I side-eyed my husband just this morning because he told me that I looked older than Justin Bieber’s dad.”
Miz Parker, Live at E’s, November 2011
“Missandei and Grey Worm were both the embodiment of side-eye any time Tyrion said or did anything.”
Alicia Lutes, The Nerdist, May 2016
SEE MORE EXAMPLES

Who uses side eye?

Side eye got a big boost from memes about Michelle Obama’s facial expression at Donald’s Trump inauguration on January 20, 2017. Photographs of the inauguration showed the first lady greeting her and her husband’s successors with what some regarded as side eye.

Side eye serves as both a noun and a verb. Giving the side eye to someone is the same as side-eying them, and both are in common use. When used as a noun, side eye frequently takes a definite article. It’s not just a side eye: it’s the side eye.

You can give the side eye figuratively, too. Whether you’re side eyeing a dubious idea or expressing disdain for someone’s behavior, you don’t have to actually use your eyes to deliver the effect of the side eye. You just need to convey or embody a strong degree of doubt, skepticism, disregard, or dismissal that’s delivered or expressed in an oblique or snarky way. For instance, author J.K. Rowling, discussing a 2015 petition that sought to bar then-candidate Donald Trump from visiting the UK, voiced her support of the very freedom of speech she feels Donald Trump uses to make bigoted statements. India’s Catch News described Rowling’s artfully backhanded remark as a “brilliant side-eye.”

There are also two emoji, and , officially known as unamused face and eyes respectively, but commonly called and used to mean side eye.

This is not meant to be a formal definition of side eye like most terms we define on Dictionary.com, but is rather an informal word summary that hopefully touches upon the key aspects of the meaning and usage of side eye that will help our users expand their word mastery.

side boob
side hustle
Home / Words / Slang / side eye