Not many people can claim to be the G.O.A.T., but those who can are the Greatest Of All Time in their field. Most often, the acronym G.O.A.T. praises exceptional athletes but also musicians and other public figures.

On social media, it’s common to see the goat 🐐 emoji in punning relation to the acronym.

Where does G.O.A.T. come from? 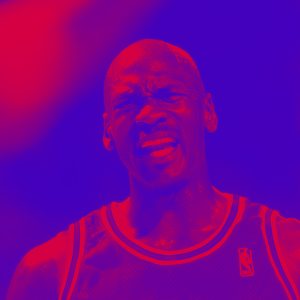 It turns out we can attribute the term G.O.A.T. to the actual G.O.A.T. himself: Muhammad Ali. In his time, the boxer was popularly nicknamed “The Greatest,” which his wife then turned into G.O.A.T. for publicity in the 1990s.

By 2000, the term had become popular enough in the rap scene that LL Cool J named his album G.O.A.T. – The Greatest Of All Time. We’ll give you that one, LL.

Since then, rappers and professional athletes have used the acronym for themselves just as often as their fans crown them with the title. The term has broadened, however, as shown by a 2004 Urban Dictionary entry defining goat as “tight,” or “exceptional.” A name of an online sneaker marketplace also took GOAT as its name in 2015, presumably in reference to its sick kicks. 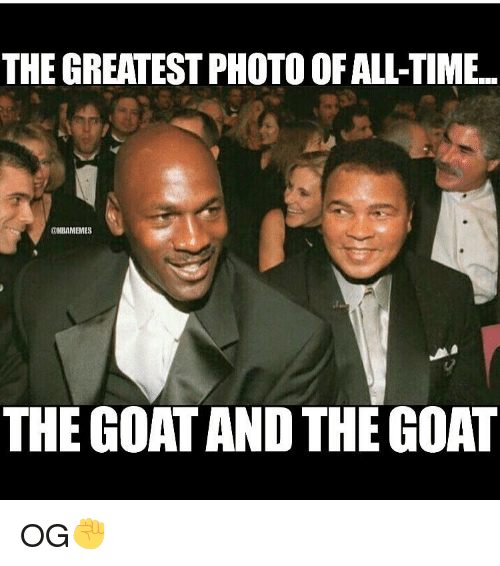 Though its use has expanded, G.O.A.T. and its longer parent greatest of all time spike around professional sports championships when star players make headlines for winning their divisions. Champs like LeBron James, Michael Jordan, and Serena Williams are often referred to as the G.O.A.T. in their respective sports by fans and journalists alike.

Who’s your favorite college basketball player of all time and why? Comment below 👇 •••••••••••••••••••••••• #stephcurry #davidson #allglorytogod #30 #stephencurry #curry #goat #collegebasketball #collegebasketballnews...
@college_sports_update, Instagram, May, 2018
today marks the 10th anniversary since the release of Lil' Kim's debut mixtape "Ms. G.O.A.T."! for killerbees, it's not just a record, it's a celebration of female rap unity & Kim's brilliance. with this tape, the queen taught us how to respect other ladies in the game. HPB! 🎊🐐
@LilKimWorld, June, 2018
A poll taken shortly after the inter-Korean summit meeting in Panmunjom last month showed nearly 80 percent of South Koreans believing the radically made-over, smiles-flashing, painted peace-preaching Pyongyang pilgrim. With an unshakable 100 percent support at home, Kim’s pan-peninsular average score of 90 percent seals his indisputable status as the Korean G.O.A.T., surpassing even his idol, Michael Jordan, the original G.O.A.T.
Sung-Yoon Lee, The Hill, May, 2018
SEE MORE EXAMPLES

G.O.A.T. is a fun one, usually said and even written just like the simple word goat.

The popular phrase lends itself well to modification, like when Serena Williams’s husband took out a billboard calling her G.M.O.A.T. for Greatest Mother Of All Time when she played her first tournament after giving birth.

It also inspires a litany of animal puns, like Nicki Minaj’s lyrics in her 2018 single “Bed”: “Got me acting like you got a milli on you / You say I’m the GOAT, yeah, the billy on you.” 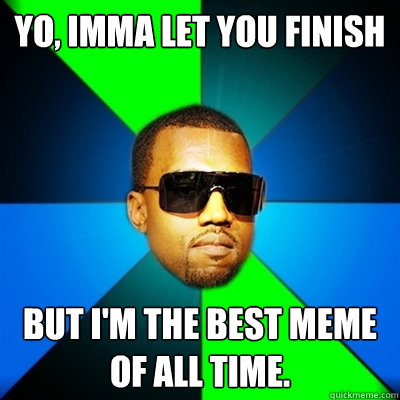 Today, it’s most common to see G.O.A.T. used in reference to athletes or, to a lesser degree, musicians, especially rappers such as Kanye West. You are likely to see a flood of fans calling their favorite player the G.O.A.T. on social media after a big win.

Social-media users love to include the goat emoji 🐐 alongside or in place of G.O.A.T.

Happy Birthday to our head coach Todd Sutherland, aka The G.O.A.T.🐐 pic.twitter.com/xj1dadrKvH

20 years ago today, MJ had the 'flu game'. 🐐 #NBAFinals pic.twitter.com/x0etdaQUye

Anything that’s considered the best, especially hyperbolically, can be the G.O.A.T.

This is not meant to be a formal definition of G.O.A.T. like most terms we define on Dictionary.com, but is rather an informal word summary that hopefully touches upon the key aspects of the meaning and usage of G.O.A.T. that will help our users expand their word mastery.