What does lady boner mean?

Where does lady boner come from? 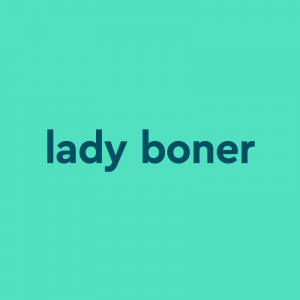 Lady boner is a female (lady) equivalent of a boner, slang for an “erection” dating back to the 1960s. Note that women can experience a clitoral erection, which occurs when blood rushes to the clitoris, causing it to swell.

Urban Dictionary entries for lady boner appear as early as 2006. On Twitter in the late 2000s, lady boner started to pop up all over social media, usually in reference to male celebrities and other public figures.

@theblueskye Well its not a real #boner. More of a #ladyboner. its more #classy.

In 2011, the term was well known enough to inspire r/ladyboner, a subreddit dedicated to pictures of male eye candy for straight ladies to get lady boners over. This was followed by a literal lady boner-themed comedy video on YouTube from director Jen Markham in 2012.

The character Lily (Alyson Hanigan) helped popularize lady boner in a 2013 episode of the sitcom How I Met Your Mother with her line: “He’s got calves that launched a thousand lady boners.” She probably also had people looking up Helen of Troy.

Everytime David Beckham comes on my screen it's like #ladyboner
@lozzaskinner, April 29, 2011
Does Godfrey Gao drinking beer in the rain give you a lady-boner?
Jenna Guillaume, BuzzFeed, July 2, 2014
Ummm @ladygaga and @ArianaGrande.....hold on while I try to hide my lady boner.
@alissaTweets, August 30, 2020
SEE MORE EXAMPLES

Lady boner can be used more literally for a woman’s sexual arousal or for anything that turns them on, i.e., something they like a lot.

Social media is bursting with women discussing what gives them a lady boner, which includes everything from Harry Stiles to thunderstorms.

I have a lady boner for thunderstorms and I am not ashamed.

One such tweet regarding Matt Damon with a ponytail even made it onto the popular British chat show Graham Norton show in 2015.

There are also loads of comedy sketches on YouTube about lady boners, but the strangest video of all might just be a 10-minute loop of the rock band Fall Out Boy’s Pete Wentz saying lady boner over and over again.

This is not meant to be a formal definition of lady boner like most terms we define on Dictionary.com, but is rather an informal word summary that hopefully touches upon the key aspects of the meaning and usage of lady boner that will help our users expand their word mastery.