What does moots mean?

In internet slang, moots is short for mutual followers, referring to people who follow and generally actively engage with each other on social media.

Where does moots come from? 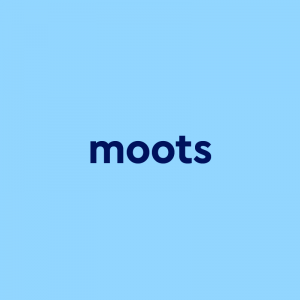 The internet slang moot is not to be confused with its homonym moot, as in a moot point. That sense of moot is generally used as an adjective, meaning “doubtful” or “purely academic.”

Be careful also not to mix up the social media use of moot with an application of the same form in Australia, where moot can be vulgar slang for “vagina.”

The internet slang moot is a shortening and phonetic respelling of mutual follower. A mutual follower is someone you follow on a social media platform and who follows you back—the following is mutual, reciprocal. Mutual followers often have a closer, more active relationship online.

The phrase mutual follower is found on Twitter in 2007, just over a year after the platform launched. A sometime slang synonym for moot is mufo, an older contraction of mutual follower evidenced around 2010.

Moots, for whatever reason, became particularly popular among avid fans of K-pop around 2017 and has spread ever since. Before then, moots was mainly used in reference to a brand of mountain bikes called Moots.

Wherever my Moots goes (mtb bike) I have a smile on my face! Of course BCN offers a great setting pic.twitter.com/BbodCKWrty

i would make a list for thanksgiving but i would add all my mutuals so theres rlly no point so hi moots i freaking love u guys even though i already said this (,:

i really wanna interact with all my moots but i’m awkward and don’t know how to keep up a conversation 💔
@kool_killua, July 31, 2020
happy national girlfriend day to all my moots im sending so many virtual hugs n kisses🥺💝yall r my treasures
@comradespoonie, August 1, 2020

Moot and moots remain most common among younger fans of K-pop on social media, especially of K-pop boy bands and on Twitter.

i miss interacting with my moots :( pic.twitter.com/mnwT9URPXS

Hi I had a wonderful day today! Hope my moots had a good day too!
Take care everyone! I am going to sleep so goodnight 😴❤️
ps. I love a.c.e so much pic.twitter.com/7a97SVNl2r

so any of my moots who ship yoonmin show yourselves 💛 pic.twitter.com/Xfad2Yc3YN

This is not meant to be a formal definition of moots like most terms we define on Dictionary.com, but is rather an informal word summary that hopefully touches upon the key aspects of the meaning and usage of moots that will help our users expand their word mastery.