What does BTS Persona Challenge mean?

The BTS Persona Challenge is an internet activity where fans of the K-pop group BTS share how they’ve personally grown or overcome adversity under the hashtag “#PersonaChallenge.”

Where does BTS Persona Challenge come from? 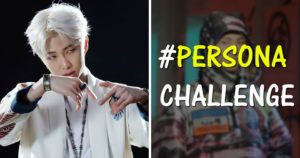 We all deserve to feel good about ourselves, and the massively popular K-pop boy band BTS is helping fans do just that with the BTS Persona Challenge.

The BTS Persona Challenge was spurred by a trailer posted on March 27, 2019 ahead of their April 2019 album, Map of the Soul: Persona. In the video, the member RM raps about challenges he’s overcome personally and professionally. Within a week of dropping, the trailer got over 23 million views.

On the same day the trailer debuted, fans responded by creating the BTS Persona Challenge, using the hashtag “#PersonaChallenge” to highlight their own personal growth in the face of adversity.

i used to HATE my hair bc of european beauty standards. i used straighten my hair all the time bc i thought my natural hair was ugly.

now i never straighten my hair & say a big fuck you to anyone who has told me it looks better straight ☺️#PersonaChallenge pic.twitter.com/ocv1ubn1bG

BTS refers to the band, of course, and Persona, part of their album title. Alluding to trend of other internet social media challenges such as the Glo-Up or 10-Year Challenge, the challenge involves posting two pictures of oneself, the first an older one amid a period of struggle and the second, a more recent one showcasing how far they’ve come. Along with the hashtag “#PersonaChallenge,” the poster will share an uplifting story of personal growth or thank BTS for promoting positivity.

my only bts persona challenge is being able to finish 30 hour long games in two-three days.
@himavenue, March, 2019
Think of the #PersonaChallenge as the 10-year challenge that everyone was doing on Instagram/Twitter a couple of months ago, except with more feeling. ARMYs have been tweeting photos of themselves currently compared to past photos of themselves. The comparisons are made to show how much they've grown through the experiences in their lives, so it's kind of like they're mapping out their soul.
Kelli Boyle, Elite Daily, March, 2019

The BTS ARMY, as its fanbase is called, took to the #PersonaChallenge all over Twitter and Instagram to share pictures and wholesome stories of self-improvement, self-love, and self-worth. True to form, others posted more ironic takes on the BTS Persona Challenge.

2013 vs 2019. I used to struggle with my weight and the way I perceived myself, but almost six years later I’m finally at a place where I’m comfortable with myself. #PersonaChallenge 💜 pic.twitter.com/X3B7vW7QaU

The joyful and fun-loving chick from 2002 disappeared after losing my Mom tragically. I fought, but couldn’t find my way and things were dark for a long while. Then @BTS_twt came into my life and made me whole once more. Today, ARMYHubs and I are grateful! #PersonaChallenge 💜 pic.twitter.com/VeuwQyItx6