Feedback
too much sauce
trap queen

What does Totes McGotes mean?

Totes McGotes may sound like a cartoon character, but it’s just a way to voice approval or agreement.

Where does Totes McGotes come from? 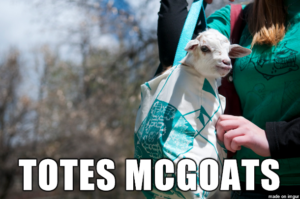 Also spelled Totes McGoats or totes magoats, it ultimately comes from totally, which dates back to the 1980s and was shortened to totes by the 2000s. The McGotes shows nonsense rhyming and the Irish surname construction Mc (“son of”), often used to make silly names (e.g., Boaty McBoatface).

The slang was popularized in the 2009 bro-comedy I Love You, Man, where the character played by Paul Rudd expresses ironic excitement over a jam session: “Yeah! Totally! Totes McGotes! Cool!” Just days after the film was released Urban Dictionary entries for totes magotes appear.

Totes McGotes came into the spotlight again in 2013, when it was used in a Sprint commercial starring Malcolm McDowell and James Earl Jones, where the two communicate using internet slang—incongruous for two actors known for their rich, stately voices.

I was alone in my bedroom and I was tipsy, so, like one naturally does, I was singing Crush into my lamp. Totes mcgoats normal though amirite? #10YearsofCrush
@SDMSCC3SSL, August, 2018
That’s why we’ve stocked four of favorite brands at Fresh STORY, because if you love a farmer’s market, these are totes magotes awesome!
Story, 2017 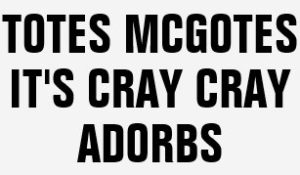 The phrase Totes McGotes is intended to be cutesy, though that inevitably irritates some people, who may wrongly peg the phrase as sounding like a Valley Girl. 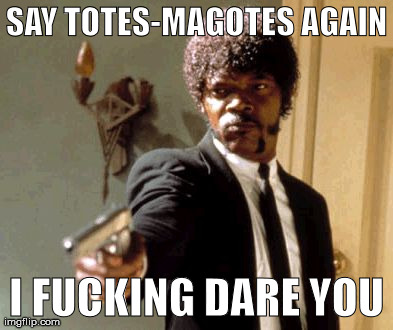 Though the spelling of Totes McGotes can vary quite a bit, no matter which way it’s spelled it invites a lot of goat puns. 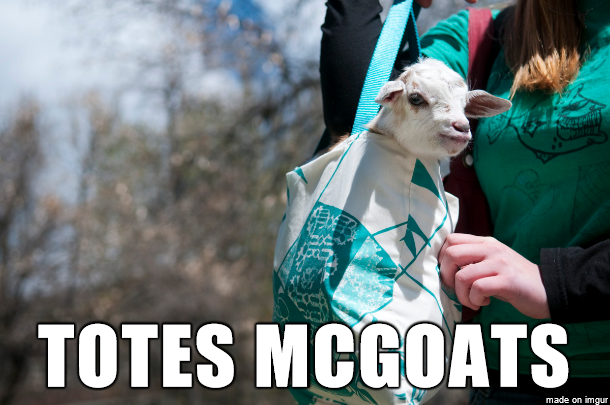 This is not meant to be a formal definition of Totes McGotes like most terms we define on Dictionary.com, but is rather an informal word summary that hopefully touches upon the key aspects of the meaning and usage of Totes McGotes that will help our users expand their word mastery.