What does cyka blyat mean?

Cyka blyat is a Russian vulgarity commonly used by Russian gamers or non-Russians trolling them.

Where does cyka blyat come from? 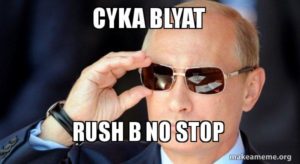 While there is no exact English translation, the Russian phrase cyka blyat (сука блять in the Russian alphabet) is roughly equivalent to the English “fucking shit” or “bitch whore.”

Cyka means “bitch” while blyat is a multifunctional vulgarity along the lines of “shit” or “fuck.” Together, cyka blyat is used to express uncontrollable anger, similar to dropping a series of F-bombs in English.

Cyka blyat spread online thanks to the 2012 video game Counter Strike: Global Offensive, which has a large Russian playerbase. Swearing in video games is common practice, and CS:GO allows players from many countries to play on the same game servers. CS:GO also relies heavily on teamwork and communication, so a Russian player who refuses to speak English (the leading language) might quickly lose. That unfortunate player might then proceed to take out their frustrations on teammates in native naughtiness: Cyka blyat! 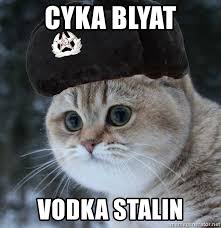 By the mid-2010s, cyka blyat became a meme among the CS:GO community thanks to the frequency of its usage by Russian players. Non-Russian players would say it themselves to troll their Russian teammates or use it in memes of stereotypes of poor Russian players who believe themselves “too good” to need to cooperate with their English-speaking peers.

I'm so tired of those players in CS:GO. "cyka blyat pidar" "idc if we win" "i dont have headphones". Im so demotivated right now. #csgo

Hardly slept at night – still woke up at 7.30 am. True russian, cyka blyat
@danilafire, August, 2018
The banter became increasingly obscene going into The Caches showmatch between talent and players representing Australia and the U.K. Some chanted "fuck you Stewie," targeting SK Gaming's Jake "Stewie2k" Yip—a little explicit, but nothing beyond the pale for crowd chants in most sports. Some did go a little too far, however, like when fans chanted "cyka blyat"...
Jamie Villanueva, Dot Esports, May, 2018

Cyka blyat remains a popular meme in the CS:GO community. Often the phrase is accompanied in memes by stereotypical Russian images, such as vodka or Russian President Vladimir Putin. 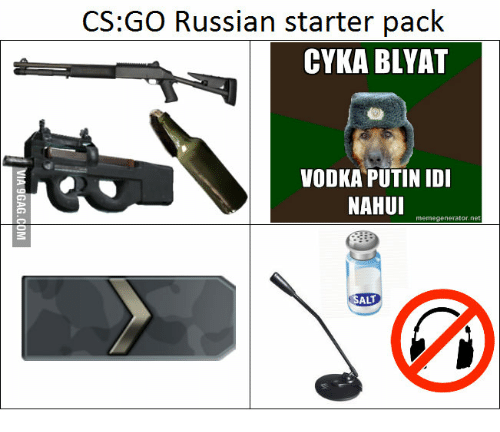 Cyka blyat is also used in memes in other games, like S.T.A.L.K.E.R., that have a high number of Russian or Eastern European players. 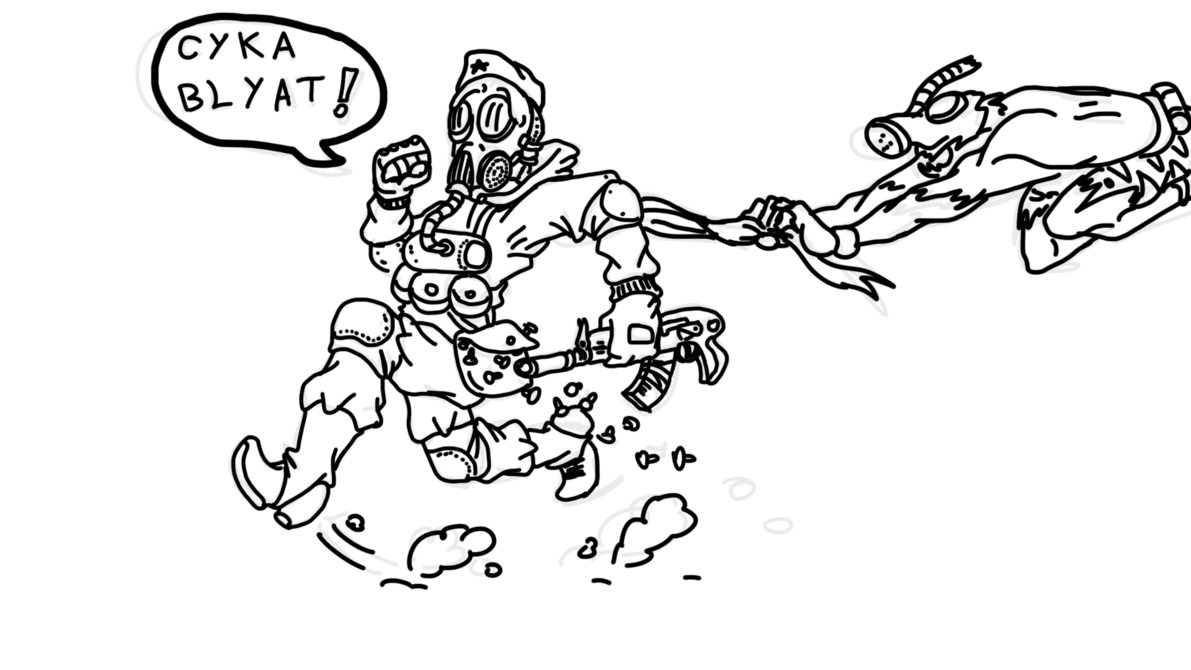 This is not meant to be a formal definition of cyka blyat like most terms we define on Dictionary.com, but is rather an informal word summary that hopefully touches upon the key aspects of the meaning and usage of cyka blyat that will help our users expand their word mastery.