What do Scotland, Silicon Valley, LGBTQ pride, and Jesus Christ all have in common? Unicorns. You read that right, unicorns.

This connection may sound as fantastical as unicorns themselves, that mythical horse famed for the single horn it bears on its forehead. But, only a creature as unique as a unicorn could span such a wide array of contexts.

So, too, can the word unicorn. Since it first named the one-horned equine of lore around the 1200s, the word unicorn has gone on to name “a person or thing that is rare and highly valued,” whether that’s a billion-dollar startup—or that special someone in your life.

Where did the word unicorn come from?

Speaking of “one-horned,” that’s what unicorn literally means. Borrowed into English by the early 1200s from French, unicorn comes from the Latin unicornis, “having one horn.” This root joins uni-, meaning “one,” and cornu, “horn.” (The Latin is a loan translation of the Greek monokeros, its equivalent of “one horn” and passing into English as monoceros.)

While the word unicorn isn’t evidenced in English until the Middle Ages, descriptions of the unicorn—believed, in antiquity, to be a real animal—are far older. One of the earliest known accounts of a one-horned beast comes in the 4th century bc from Ctesias, a Greek physician and historian who traveled in Persia. He wrote of a fast and formidable creature, about the size of a donkey, with a long, multicolored horn. It lived in India, where unicorn-like images have been found on ancient seals.

This is also where the Roman historian Pliny the Elder located an animal with “the head of the stag, the feet of the elephant, and the tail of the boar, while the rest of the body is like that of the horse … has a single black horn, which projects from the middle of its forehead, two cubits in length.” That’s about three feet long.

Ctesias and Pliny’s unicorns don’t sound like unicorns as we imagine them today. They sound like oxen, antelope, or rhinoceroses (that animal’s name is literally “nose horned” in Greek). And indeed, the unicorn of antiquity was likely one of these animals (or some conflation of them). In addition, the unicorn, as it is mentioned in the Old Testament of the Bible, likely refers to a wild ox or rhino, called reem in its original Hebrew.

Then how did the unicorn become the national animal of Scotland?

By the 1200s, when unicorn entered the English language, myths about the unicorn as a fantastical creature were becoming well-established.

During the Middle Ages and Renaissance, art portrayed the unicorn as the familiar white horse with a single horn—and legend had it that the elusive but fierce beast, whose horn could purify water, could only be tamed by a virgin.

Onto these myths were mapped Christian stories and imagery about the Passion of Jesus Christ and the Annunciation of the Virgin Mary as well popular ideas of chivalry and courtly love, contributing to the unicorn as symbol of chastity and purity. These associations lent the unicorn to heraldry (armorial bearings) too—surviving today in the royal coat of arms of the United Kingdom, which joined a lion (England) and a unicorn (Scotland) in representation of their union.

The unicorn, here, draws on the earlier use of two unicorns in Scotland’s royal coat of arms, in turn influenced by former gold coins, also known as unicorns because why not. They were first issued in the country in 1488.

This symbolism and history of the unicorn helped ensconce it as the national animal of Scotland today, variously representing strength, valor, innocence, and pride.

Side note: In the 1500–1700s, unicorns also meant medicine and romance. “Unicorn horns”—sometimes called alicorns, which were, in reality, elephant or narwhal tusks—were made into cups and powders believed to be powerful antidotes or aphrodisiacs.

When did it become all “unicorns and rainbows”?

In the 1800s, Victorians paired unicorns with rainbows, romanticizing them as majestic fantasies that still loom in the imagination of children today—as seen over a century later in the fascination with unicorns in 1980s cultural products like the show and merchandise of My Little Pony. And, who needs Shakespeare and C.S. Lewis, whose works featured unicorns, when you have 1982’s The Last Unicorn, an adapted anime film seared into the memory of every child of the ’80s?

The 1980s is also when LGBTQ movement became more prominent, raising with its rainbow flag the unicorn as a symbol of pride in parades and protests. For this symbol, the LGBTQ community draws not only on the unicorn’s connections to rainbows, but also on its historical associations with the powerful and the possible, the mystical and the magical, the fantastical and the fabulous.

Another meaning, albeit a little more risqué and lesser known, sees some currency in the LGBTQ community and in polyamorous circles. As evidenced in the 2010s, this unicorn is slang for, usually, a bisexual woman who sleeps with an existing couple composed of a heterosexual male and bisexual woman without the expectation of emotional intimacy. The term implies that such a person is rare—like the unicorn in myth.

From myth to metaphor

Others have seized on the unicorn’s reputation for rarity in the 2010s.

For example, in 2013 in the world of finance, venture capitalist Aileen Lee called new companies valued at over one billion dollars unicorns. BuzzFeed and Spotify are some familiar unicorns. While we recently added this sense of unicorn to our dictionary, other companies are worth so much that they’ve generated some wordplay we’re keeping an eye on: Uber and Snapchat have been called decacorns, valued at over $10 billion (deca- meaning “ten”) while other tech giants like Google, Microsoft, and Amazon have earned hectocorn status, valued at over $100 billion (hecto-, “hundred”).

Unicorns are no stranger to technology either, as the Unicorn Face emoji, 🦄, shows. This rainbow-colored character was officially approved by Unicode in 2015, coinciding with an explosion in nostalgia for the 1980s and 1990s—and later reflected in the airy pinks, purples, and blues of Starbucks’s Unicorn Frappucino or the colorful, glittery trends in fashion and beauty, often described as unicorn.

Getting unicorn hair or nails is one way to stand out, to be one-of-kind, to be prized like a unicorn, which takes off in the 2010s as a more general term for “something special, cherished, or perfect.” As we have defined it: “a person or thing that is rare and highly valued, or is a hypothetical ideal.” We might call a daughter, BFF, partner—anyone who showers sunshine and rainbows and lollipops into our lives—our unicorns.

Or, used with a more derisive tone, someone hoping for a solution that quickly dispatches an intractable problem, as if by magic, may be said to be holding out for a unicorn solution.

Unicorns aren’t real, but the word unicorn is far from fiction in our culture. Through language, we’ve transformed the myth of the unicorn into a singular and colorful metaphor for all those treasured—or fantasized—rarities that so often elude us. It’s just one of those rare, fantastical words.

The real world is brimming with the fantastic as well. Just consider the unicorn of the sea, the narwhal. Where did the narwhal get its name? 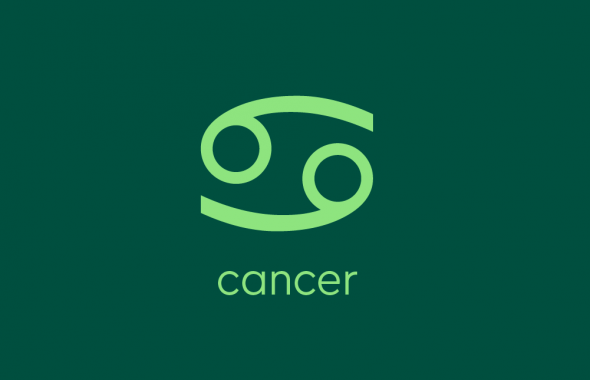 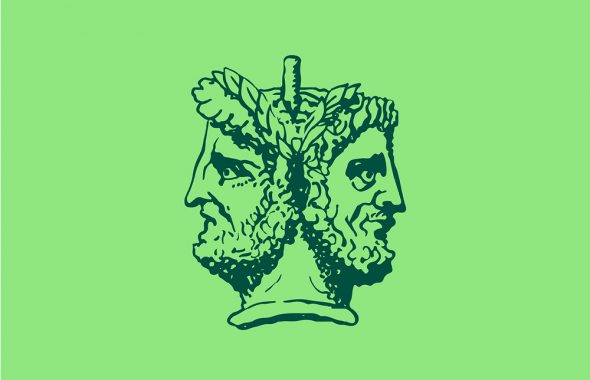