As of 2019, OANN reported reaching 35 million homes. Its popularity grew during the Trump presidency as he promoted it multiple times, frequently via tweets in support of the network. OANN is known for its pro-Trump content and has been criticized for airing misinformation, disinformation, and conspiracy theories.

Where does OANN come from? 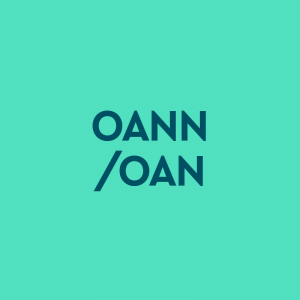 One America News Network was launched on July 4, 2013 and is owned by Herring Networks Inc., a media company created by businessman Robert Herring Sr. in 2003. Although the network describes itself as “an independent source of credible national and international news,” it has produced right-wing content and aired right-wing opinion segments from the very beginning.

Before the network launched, Herrings Network president Charles Herring told the Daily Beast that the idea behind OANN “is to provide a platform where more voices can be heard, voices that are ignored, libertarian and conservative voices.” Herring also stated that Fox News, a conservative news network, was not conservative enough.

Officially, One America News Network uses OAN as an acronym for the network and uses that abbreviation in its logo and website. However, the network’s Twitter handle is @OANN, and the network is commonly referred to as OANN on social media.

OANN was a small, relatively unknown network that rapidly rose in awareness thanks to its connection to U.S. President Donald Trump. Trump first tweeted about the network in 2015 during his presidential campaign after OANN published positive stories about him and polls that showed he would win.

OANN was the first network to air live broadcasts of Trump’s campaign speeches, and the network would later be granted a spot in the White House press corps. Trump has regularly tweeted in support of OANN, and the network is one of the few that Trump considers not to be “fake news.”

I hate to be promoting AT&T, but @OANN is Great News, not Fake News. Everybody should be carrying them! https://t.co/b2fx9w0zqq

OANN has been criticized for supporting and spreading conspiracy theories, such as accusing George Floyd protestors of being undercover agents of the far-left group Antifa. The Washington Post has described OANN as “the conspiracy theory-peddling OANN” and The New York Times has referred to OANN as “the network that spreads conspiracies to the West Wing.” Both publications have noted that President Trump has spread conspiracy theories that he discovered thanks to OANN.

How is #OANN allowed to claim it is news? They are much farther right than #MSN is left! Pure garbage and misinformation. #notcredible
@blackfiddler, May 30, 2016
The OANN journalist behind the dubious conspiracy theory is Kristian Rouz, who has moonlighted as a reporter for the Russian propaganda outlet Sputnik News.
Aaron Blake, The Washington Post, June 9, 2020

This is not meant to be a formal definition of OANN like most terms we define on Dictionary.com, but is rather an informal word summary that hopefully touches upon the key aspects of the meaning and usage of OANN that will help our users expand their word mastery.