The chestnut emoji is sometimes referred to as the raisin emoji because it is so often mistaken for one—especially on small screens and on digital platforms where the nut is very dark brown.

The acorn-shaped brown nut is similar across all platforms where it sometimes slightly resembles a Hershey's chocolate kiss. It's mostly used in reference to winter and fall and to those wily squirrels running amok in the yard. Oh, and it also represents some other nuts ... the human variety. 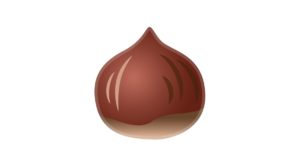 Since there is no walnut or pecan emoji, the chestnut emoji gets around in all postings related to nuts (you know what that means). Actually, we should clarify: it is the only tree nut emoji. A peanut emoji does exist, but it’s a different kind of nut which grows underground.

Chestnuts, by the way, must be cooked to be eaten.

The chestnut emoji was approved as part of Unicode 6.0 in 2010 and added to Emoji 1.0 in 2015. The Apple version is the only one that sits at slight tilt as the screenshot from Emojipedia illustrates below. The chestnut emoji is sometimes mistaken for a raisin. 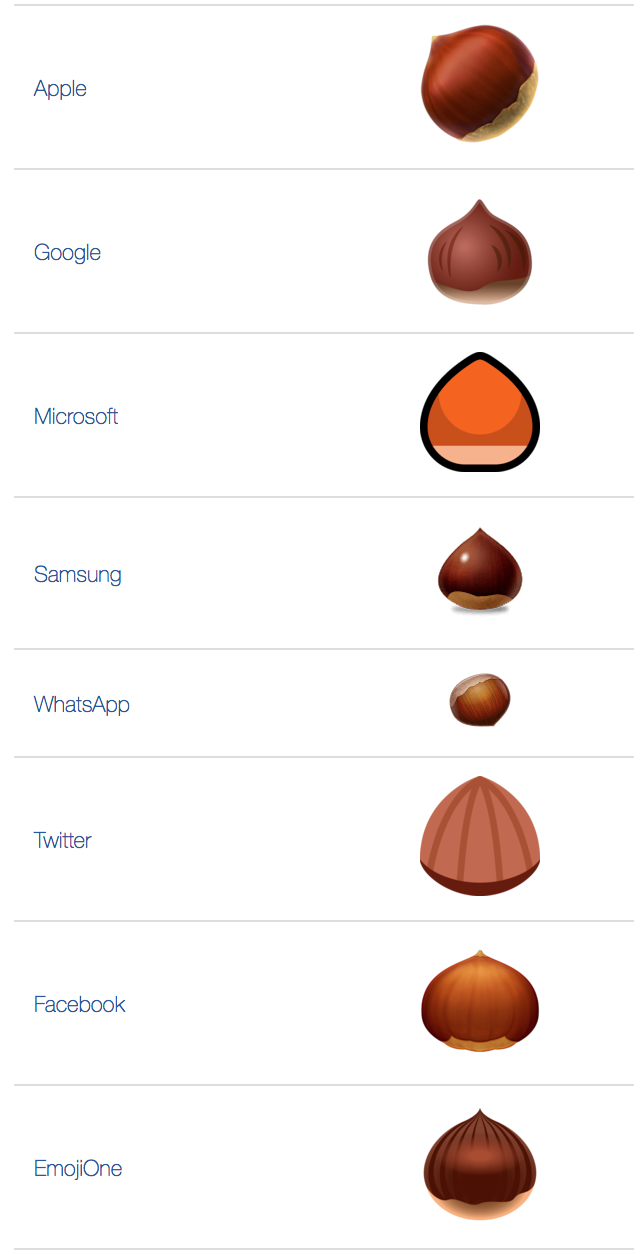 One reason fall is so beloved is that it leads to winter and the holiday season, which means coziness, hearty foods, and family. The chestnut emoji spreads the joy, from autumn through January.

The emoji is used in social-media posts about the fall and winter seasons, Christmas, squirrels, chestnut “praline” coffees (whaa ?!), and nuts of all kinds.

It’s also used frequently on Instagram and Snapchat in a more sexual way, representing both male testicles and women’s buns. Why not?

TODAY! Step back in time and experience a Victorian Christmas in Warwick! Chestnuts, hot chocolate, crafts, entertainment and so much more – lights switch on at 7pm! 🌰☕️🤶🎄 pic.twitter.com/wXxbYJIqIp