What does 🛀 Person Taking a Bath emoji mean?

That’s what 🛀, or person taking bath emoji, is all about: getting clean and relaxing. The emoji is also used for content related to bathing/bathrooms more generally.

Where does 🛀 Person Taking a Bath emoji come from? 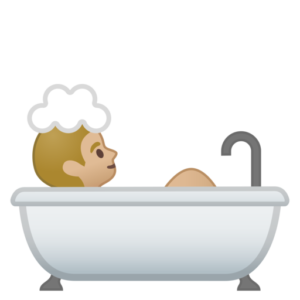 cThe person taking bath emoji shows a yellow person, apparently gender-neutral, taking a relaxing bath in a white tub with a shower head. It was approved by Unicode in 2010, though available from Apple in Japan in 2008.

Its appearance varies across platforms. On Apple, the person is wearing a shower cap. On Google, the person has suds from a bubble bath on their head. On WhatsApp, it’s a washcloth.

When the details of the person’s face are illustrated, they look to be in a state of relaxation, either smiling or with their eyes closed. And, like many emoji featuring humans, the person taking bath emoji is available from some platforms in a variety of skin tones in addition to its default yellow. 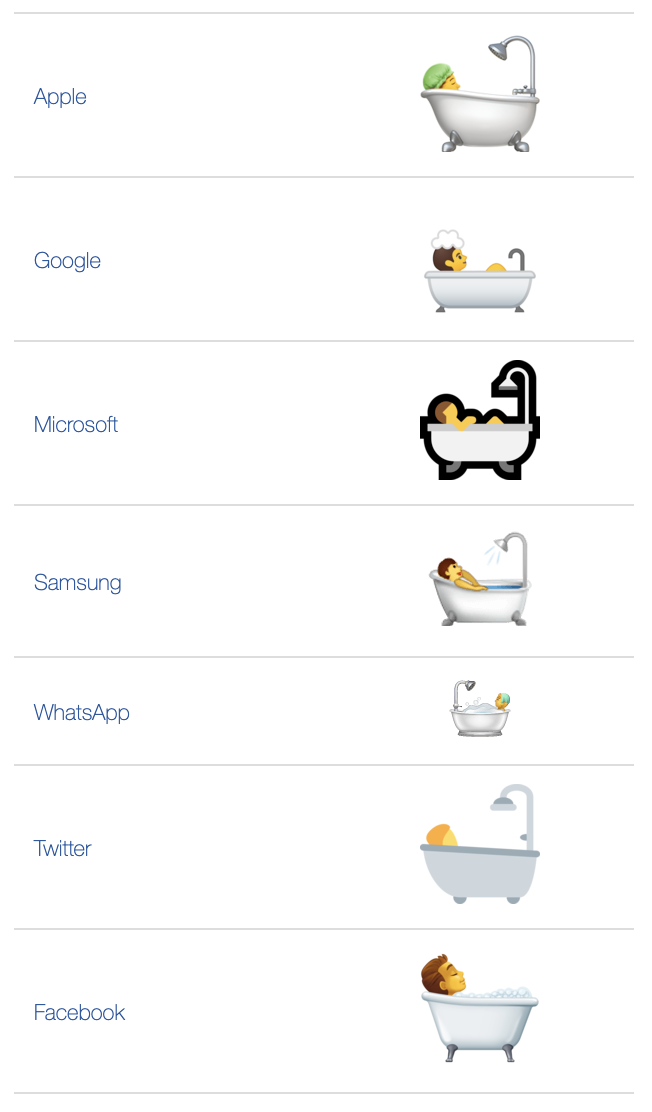 Person taking both emoji made headlines—and turned heads—in February 2012 after the London Times published an article that made the claim that people were secretly using the emoji to represent a coffin. It was mocked online as out of touch, as there was never any substantial, widespread use of the emoji in this way.

The Times emoji explainer is killing me. 🍆 🍑 🔥 pic.twitter.com/uA8Th2Mc62

The person taking bath emoji is used on social media to illustrate photos and posts about various forms of bathing or getting clean more generally.