What does 🦈 Shark emoji mean?

Where does 🦈 Shark emoji come from? 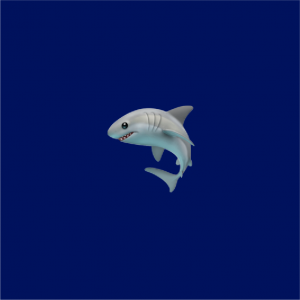 The Shark emoji 🦈 was approved under Unicode 9.0 in 2016. On all major platforms, the emoji resembles a gray shark facing left. Often, the shark has a pale underside, specifically evoking a great white shark.

The Shark emoji 🦈 was proposed alongside other animals such as the Bat 🦇 and Lizard 🦎emoji, among many others. The proposal noted the shark’s popularity as an animal, its use as a food item, its frequency in web searches, and its use in metaphors—including, the proposal wryly cited, in reference to lawyers.

The Shark emoji 🦈 is used to discuss literal sharks and the popular Shark Week television program event on the Discovery Channel each year.

The emoji is also used to refer to metaphorical sharks.

I see he markets as pretty stable actually, just a lot of companies needing, I see blood in the water. people with money acting like sharks. 🌊🦈

The Shark emoji 🦈 sees frequent use for sports teams named after sharks, such as the NHL’s San Jose Sharks.

Due to a similar appearance, the Shark emoji 🦈 is easily confused for the Dolphin emoji 🐬.

This is not meant to be a formal definition of 🦈 Shark emoji like most terms we define on Dictionary.com, but is rather an informal word summary that hopefully touches upon the key aspects of the meaning and usage of 🦈 Shark emoji that will help our users expand their word mastery.