What does Hufflepuff mean?

Hufflepuff refers to one of four Hogwarts houses in the Harry Potter series by J.K. Rowling. Characters are sorted into these houses based on their characteristics, and Hufflepuff is known for having members that are patient, fair, hard-working, and sometimes blandly nice.

Where does Hufflepuff come from? 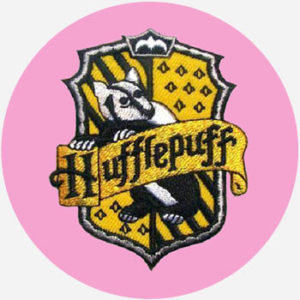 The term Hufflepuff is introduced in the first book of the Harry Potter series when the main character, Harry, arrives at the Hogwarts School of Witchcraft and Wizardry. In this school, all students are sorted into one of four houses, a system based on real-life British public boarding schools. The four houses are called Hufflepuff, Ravenclaw, Slytherin, and Gryffindor.

Each character is sorted into one of the four houses by an old magical hat called the Sorting Hat, and each house has its own special flavor. Hufflepuff characteristics include a strong sense of justice, loyalty, patience, and a propensity for hard work. Hufflepuffs are also seen as nice, almost to a fault.

Hogwarts houses have moved beyond the realm of fiction and into the real world. It’s common for fans (known as Potterheads) to sort themselves, each other, fictional characters from other stories into houses, and celebrities or public figures. Quizzes to figure out what house you’d be sorted into are common.

Ted Cruz is a Slytherin. Marco Rubio is a Hufflepuff. Rand Paul is an unpopular Ravenclaw. Chris Christie is a Dursley.
@AlyssaRosenberg, January, 2016
Doesn’t the Corgi just seem like the Hufflepuff of dogs?
Olivia, The Urban Hound, September, 2016

Hufflepuff can, of course, refer to a Harry Potter character who has been sorted into that particular house, but it can also commonly refer to someone outside the Harry Potter universe who is perceived to have the characteristics of a Hufflepuff.

we broke up because he’s a hufflepuff

Among Potterheads, a person’s Hogwarts House is an important part of their identity, and often a source of pride. There is even a Hufflepuff Pride day.

Hufflepuff is sometimes perceived as being a miscellaneous category. To be “the Hufflepuff of” something can refer to an incoherent catchall, a place to put all the stuff you don’t have another place for. Hufflepuff can also denote someone or something that’s not particularly memorable, with no notable characteristics.

This has been sufficient enough to prompt J.K. Rowling, herself, to make a statement that Hufflepuff is just as admirable a house as any other. However, the perception of Hufflepuff remains a point of contention within the Harry Potter fanbase, which has led to articles about the positive aspects of being a Hufflepuff.

This is not meant to be a formal definition of Hufflepuff like most terms we define on Dictionary.com, but is rather an informal word summary that hopefully touches upon the key aspects of the meaning and usage of Hufflepuff that will help our users expand their word mastery.