Who is Jason Voorhees?

Ch-ch-ch. Ah-ah-ah. Watch your back for Jason Voorhees, the evil antagonist of the Friday the 13th horror franchise. He wears a hockey goalie mask, wields a bloodstained machete, slowly stalks his victims, and almost never talks.

Where does Jason Voorhees come from? 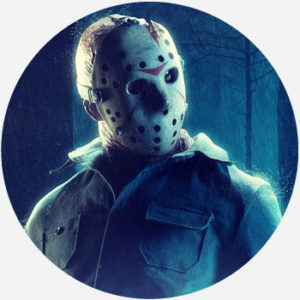 When people hear the name Jason Voorhees, the first image that may come to mind is a hulking, zombified dude in a hockey goalie mask, chopping teen heads off with a machete and slinging sleeping bags against trees.

But, as the first scene of the 1996 horror film Scream violently reminded us, Jason wasn’t the killer of the first Friday the 13th movie, released in 1980. Spoiler alert: It was his delusional mother, Pamela. In the film, she dismembered those sex-crazed camp counselors to avenge Jason, her facially deformed, Friday-the-13th-born son who drowned in the lake by the camp.

After Pamela (Betsy Palmer) gets killed, the movie ends with a swampy, undead adult Jason (Ari Lehman) rising from the lake to wreak vengeance for his mother’s death. Jason (Steve Daskawisz) becomes the murderous villain in the first sequel, 1981’s Friday the 13th: Part 2, where he’s depicted as a mother-obsessed, psychotic hillbilly with a creepy bag over his head to hide his face.

It wasn’t until Friday the 13th Part 3 in 1982 when Jason (Richard Brooker), donned the hockey goalie mask he’s best known for after stealing it off of one of his teenage victims.

Jason Vorhees just can’t be killed. He has become a staple character of the modern horror canon, starring in 12, decades-spanning films (plus some TV and novels) and played by a range of actors, including four times by Kane Hodder.

Like Jason Voorhees, Acid Wash Jeans Just Keep Coming Back From The Dead
Hortense Smith, Jezebel, November, 2008
Tom Brady is like Jason Voorhees. No matter how many times you think he’s done, HE ALWAYS COMES BACK!
@jdny2, April, 2018
The majority of my followers don't interact with any of my tweets so I imagine them just sitting. Scrolling silently as they ready tweets. Being haunted for the rest of the day by me saying something like "Jason Voorhees is an Asexual Icon"
@horrorsequel, May, 2018
SEE MORE EXAMPLES

In pop culture, Jason Voorhees, who often just goes by Jason, occupies a similar niche as Michael Myers from the Halloween movies, popular among cult, camp, and nostalgic horror fans and around the time of Halloween.

Both are portrayed as strong, silent serial killers who always come back from the dead no matter how many times we think they’ve finally been axed—and who obviously wear signature masks.

Jason‘s hockey goalie mask is commonly called a Jason mask. Given that films have him born on the date, Friday the 13th is sometimes referred to as Jason’s birthday.

Because of his habit of dusting himself off after intense fighting, people often liken something unstoppable to the character (e.g., that football player is like some kinda Jason Vorhees). And, because he pursues victims by slowly walking, almost never running, stalking movements are sometimes compared to him.

Whenever Jason Vorhees appears, the film cues its eerie and suspenseful theme music, popularly represented as ch-ch-ch-ah-ah-ah and closely associated with the character. Movie trivia: the sound is properly a ki-ki-ki-ma-ma-ma, rendered from the movie line “Kill her, mommy!” 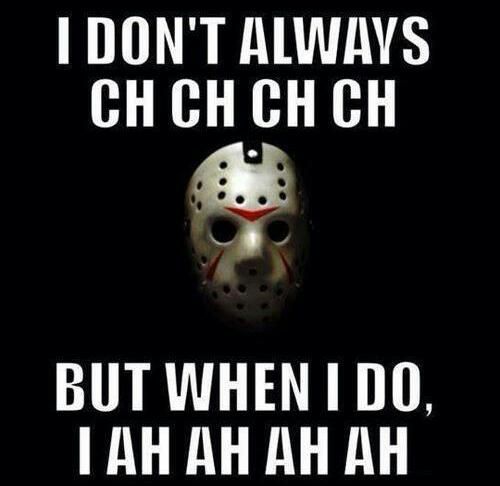 This is not meant to be a formal definition of Jason Voorhees like most terms we define on Dictionary.com, but is rather an informal word summary that hopefully touches upon the key aspects of the meaning and usage of Jason Voorhees that will help our users expand their word mastery.