What does creepypasta mean?

Well, it’s not disturbing Italian food. Creepypasta is a genre of user-generated paranormal and scary stories distributed largely via internet forums. It is a subgenre of copypasta.

Where does creepypasta come from? 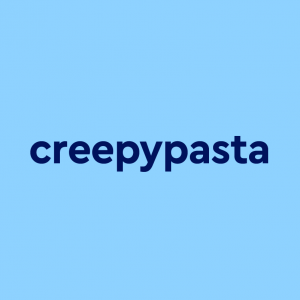 Before we define creepypasta, let’s first touch on the portmanteau copypasta. The term copypasta is believed to have been coined around 2006 by 4chan communities and describes stories that were copied and pasted through forums about miscellaneous topics—similar to the 1990s/early 2000s trend of sending chain emails.

Creepypasta, the most popular subgenre within the copypasta medium, generally refers to short horror stories about urban legends or unsettling fake local stories. They typically lack any disclaimers from the original author, which would help to clarify whether the post is fact or fiction, and often include familiar local details that further blur that line. Creepypastas are told using a variety of forms and styles, and due to the inherent community nature of internet forums, can even be interactive.

Original creepypastas involved mostly blocks of text or a picture with a caption (as with the original Slender Man mythos). While some creepypastas are told in the more removed, third-person style of an official government report, most creepypastas have a first-person narrator. Often users will privately collaborate on a story and build on the original post in comments, which can make the stories seem even scarier and more convincing for uninvolved readers who assume there are a bunch of strangers online who all know (and can corroborate) the same eerie tale.

🎮This is my second Draw Creepypasta!🎮

As internet technology has improved in quality and become more easily accessible in the decade since creepypasta’s origins, the newer stories can include even more elaborate details and more convincing photo or video “evidence,” whereas older creepypastas were generally short and vague.

The video is part of a growing phenomenon making its way around message boards and e-mail chains called ‘creepypasta’—bite-sized bits of scariness that have joined the unending list of things-to-do-when-you’re-bored-at-work.
Austin Considine, “Bored at Work? Try Creepypasta, or Web Scares,” New York Times, November 12, 2010
Creepypasta writers take popular urban legends—remember the legend of Bloody Mary?—or create entirely new subjects and fashion online stories with the intent to totally freak out the reader.
Jessica Roy, “Behind Creepypasta, the Internet Community That Allegedly Spread a Killer Meme,” TIME, June 2, 2014
What the heck is Sodor Fallout? Is it a creepypasta? I’ve been seeing lots of videos with that title with engines going radioactive XD where did it all originate from?
@T1E2H3, September 29, 2020
SEE MORE EXAMPLES

Slender Man is arguably the best-known creepypasta, helping to launch the genre into public consciousness. It started online but eventually became so popular it received the cinematic treatment in 2018.

The genre has described as a contemporary form of expedited folklore, with stories passed virally through various internet communities in the span of days or weeks, rather than slowly over generations.

Using internet forums as the primary medium for telling and distributing the stories helps to make creepypasta somewhat interactive. By describing what the original poster personally experienced, overheard, or pieced together from anecdotes, the stories give readers the impression that they are part of the narrative themselves.

…Gets into Creepypasta, prepares to stay up all night…

Both creepypastas and creepypasta are accepted as the plural form of this term.

This is not meant to be a formal definition of creepypasta like most terms we define on Dictionary.com, but is rather an informal word summary that hopefully touches upon the key aspects of the meaning and usage of creepypasta that will help our users expand their word mastery.