What does femboy mean?

A femboy is a slang term for a young, usually cisgender male who displays traditionally feminine characteristics. While the term can be used as an insult, some in the LGBTQ community use the term positively to name forms of gender expression.

Where does femboy come from? 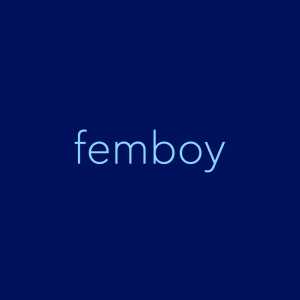 The word femboy emerges by at least the 1990s. It begins as a derogatory term for a man who didn’t adhere to traditional standards of masculinity. Fem is a slang shortening of feminine, often with a pejorative tone, and boy refers to a young man, here used in a belittling manner. Together, femboy doubles down on the insults. Comparable insults include sissy or wimp.

Around the same time, femboy also came to be adopted as a self-descriptor for guys who tend toward presenting feminine for non-sexual purposes. These persons adopt femininity as a form of everyday gender expression, donning a conventionally feminine aesthetic by wearing makeup or feminine clothing, for example. Though effeminate guys are often stereotyped as gay, being a femboy isn’t necessarily tied to any sexual orientation.

Not at all. Being femboy doesn't mean you're gay. It just means you're effeminate is all.
TomboyYaoiFan56, Fanpop, 2017
Not looking to hookup here, but I have had little to no luck in getting in a relationship or hooking up with any femboy!
Reddit, October 2017
The point of what i’m [sic] saying is, being a femboy doesn’t decide how you act. Plenty of femboys are gamers, paintballers, mechanics, whatever they feel like.
kaibawolf, Tumblr, May 2014
SEE MORE EXAMPLES

As noted, femboy is used a slang in speech and writing in a range of settings. It can insult men perceived as too effeminate. It can label a genre of pornography featuring slender, curvy, often cross-dressing men. It can also be a self-identifying form of gender expression in the LGBTQ community. Be mindful of context and audience when using or interpreting femboy.

This is not meant to be a formal definition of femboy like most terms we define on Dictionary.com, but is rather an informal word summary that hopefully touches upon the key aspects of the meaning and usage of femboy that will help our users expand their word mastery.