I’m working on a boat this week, but a big complexifier is that I can’t swim!

A complexifier, according to Amazon founder and CEO Jeff Bezos, is a fancy way of referring to a complicating factor, or something that makes a situation more complex.

Where does complexifier come from? 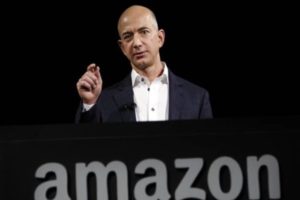 Complexifier was launched into the limelight on February 7, 2019, when Jeff Bezos, the wealthiest person in the world and the head of Amazon and The Washington Post, wrote a blog post accusing the tabloid National Enquirer of blackmail:

“Here’s a piece of context: My ownership of the Washington Post is a complexifier for me. It’s unavoidable that certain powerful people who experience Washington Post news coverage will wrongly conclude I am their enemy.” 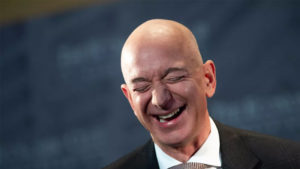 The National Enquirer allegedly threatened to publish embarrassing photographs of Bezos and his girlfriend (including dick pics), unless The Washington Post stopped its investigative reporting into collusion between President Donald Trump and foreign political powers.

While Bezos’s blackmail revelations were shocking and scandalous, many people were equally captivated by his use of this unusual word complexifier. Many social media users and professional journalists wondered if complexifier was even a valid term, expressing dismay that Bezos would invent such a silly word.

Okay but is “complexifier” actually a real word or….

The New York Times noted that complexifier is a French verb meaning “to complicate” or “make more complex,” but as lexicographer Ben Zimmer explained for The Wall Street Journal: “…though you won’t find “complexifier” in any major English dictionary, the word’s meaning can nonetheless be gleaned from its building blocks. If circumstances become complex, they are ‘complexified,’ and if something adds to the complexity of a situation, it is a ‘complexifier.'”

Zimmer found notable instances of complexifier in 1970 and 1992 in government contexts.

Good response from Bezos. I strongly advise him never to use the word complexifier again.

Not long after Bezos brought the odd word to our attention, complexifier was used by journalists in news stories about him as well as other recent political scandals involving complicating factors.

Jeff Bezos says owning The Washington Post is a “complexifier” for him. The newspaper could say the same about him. https://t.co/P6rrATaKqc

Complexifier also gained steam on social media as people joked about how silly it sounded and started using the word to describe a variety of absurdities.

The Complexifier is one of the less known of the supervillians, mainly because no one has any idea what his superpower actually is or what he does.

This is not meant to be a formal definition of complexifier like most terms we define on Dictionary.com, but is rather an informal word summary that hopefully touches upon the key aspects of the meaning and usage of complexifier that will help our users expand their word mastery.