What does compulsion loop mean?

If you’ve ever checked your Snapchat, then Twitter, then Instagram, then Snapchat again because, well, it’s been ten minutes and maybe something new came in, then you’ve gotten stuck in a compulsion loop. This happens when you are compelled–often by design–to habitually repeat an activity, especially on the internet or a video game, because it gives you pleasure. And the tech companies know it.

Where does compulsion loop come from? 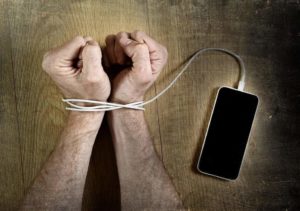 A compulsion loop (or core loop) is a cycle of activities that are encouraged to be looped or repeated because of a neurochemical reward (in the form of dopamine) released into your brain. In other words, it’s when you continuously do something because it provides pleasure. Evidence for the phrase compulsion loop dates to the 1990s, though it was applied to technology at least by 2001. 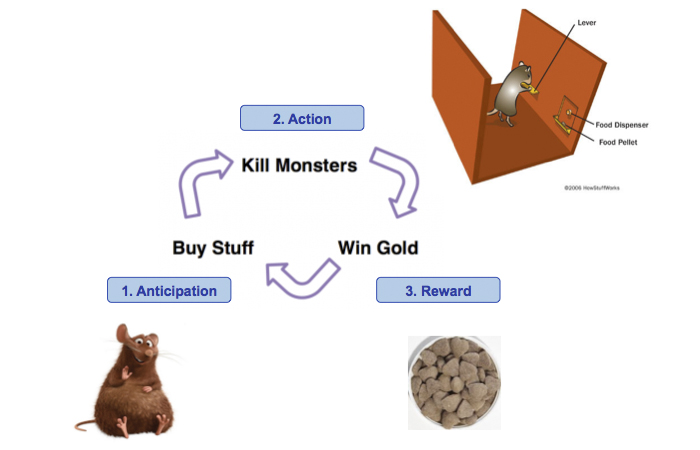 For years, compulsion loops have a been a staple of video game design. An example can be found in the 2016 mobile game Pokémon Go, where players catch Pokémon and then get rewards. These let players purchase items that will allow them to catch better Pokémon, which they are rewarded for catching with more loot, allowing them to purchase more items that will let them catch even better Pokémon—and so on and so on.

With the rise of social media and smartphones, compulsion loops have been considered a deliberate way tech companies make their products addictive.

In a compulsion loop? Tech Companies Don't Want You to Disconnect http://t.co/eVREhI6B by @caliyost (might be social media fasting)

As argued in a 2012 Atlantic “Exploiting the Neuroscience of Internet Addiction,” popular social media platforms grew their success by creating an obsession for their product. In the case of a website like Twitter, that obsession is to get as many followers as possible (reward), and in order to attain this, you continuously tweet (compulsion) in the hopes of getting likes and retweets, which in turn gets you more followers (loop). Instead of catching Pokémon, you’re catching followers.

Heard the term “compulsion loop” today with regards to monetizing on free to play games. It made me feel ill.

I hasten to add it's not bad -- I'm certainly caught in the same exploration-crafting compulsion loop as the earlier games, but the multiplayer additions, ostensibly the focus of the game, are just annoying.
@SpookingtonsDIM, November 2018
In video game design, the 'compulsion loop' is the ever-infinite system of killing monsters, getting loot, selling/using loot for new gear, then repeat. / Depending on one's economic status, we are all stuck in real world, positive or negative compulsion loop.
@Poor_in_Spirit, July 2018
By the time Web 2.0 rolled around, the key to success was to create obsessions. Internet gaming companies now openly discuss compulsion loops that directly result in obsessions, and the goal of other applications is the same: to create the compulsion to gather thousands of friends on Facebook, thousands of followers on Twitter, or be pleasantly surprised to discover from Foursquare that a friend you haven't seen for years is nearby.

Many of us admit that we are addicted to technology and video games, but we can still recognize the man behind the curtain, as it were, discussing compulsion loop as a sneaky technique that controls our brains.

I have to remind myself of this daily.

The dopamine release that we experience when interacting on social media creates a compulsion loop. When you find yourself obsessively refreshing your Twitter feed and fretting over every follower and exchange, it’s time for a break. https://t.co/qedv1WNRie

I'm three hours into DAI and have only been doing singleplayer MMO quests. Their compulsion loop is so good I'm doing things I hate.

Others, however, view compulsion loop as a component that makes for a great experience.

Really enjoying Shadow of Mordor. Gotta love a game with such a solid compulsion loop. And a no bullcrap, skip to the action attitude.

Compulsion loops also exist outside the digital realm. A real-world example is the Starbucks rewards program, whereby you cyclically purchase coffee in order to earn points, then cash in your points for a free coffee (reward). Word is still out on whether compulsion loops are more or less addictive than caffeine, though. 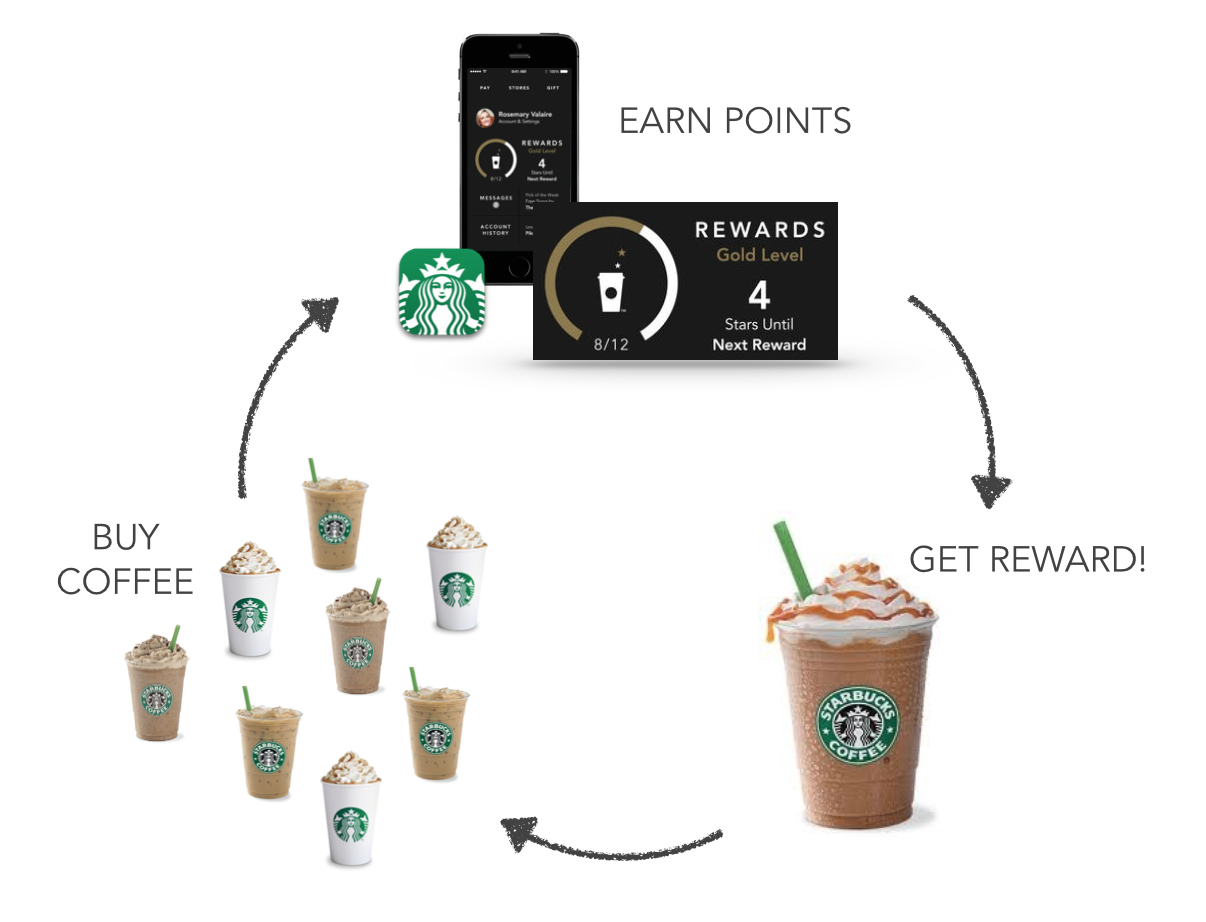 This is not meant to be a formal definition of compulsion loop like most terms we define on Dictionary.com, but is rather an informal word summary that hopefully touches upon the key aspects of the meaning and usage of compulsion loop that will help our users expand their word mastery.