It is the opening race of the NASCAR season. The Daytona 500 is the most famous NASCAR race and one of the most famous races in all of auto racing (along with the Indianapolis 500, which is an Indy Car race). For this reason, it is sometimes called the Great American Race.

Winning the Daytona 500 carries a lot of prestige, and the race has traditionally had the largest prize pool of any NASCAR event.

The first Daytona 500 was held in 1959 at the newly constructed Daytona International Speedway. NASCAR races have been held in Daytona Beach since 1948, when NASCAR was founded.

The Daytona 500 is typically held in the second or third week of February.

Where does Daytona 500 come from? 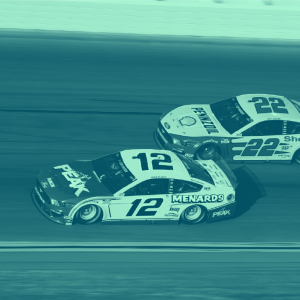 The Daytona 500 is 500 miles long, consisting of 200 laps around a 2.5-mile track. The race usually lasts around 3 hours and is broken up into several stages, with the top finishers in each stage earning varying amounts of points. The driver with the highest number of points at the end of the race wins the race.

Today I learned my grandfather Ralph started racing in 1949. He made a living racing cars by 1953. By 1967 he had won nearly 500 races. He drove in relief 300 miles for Cotton Owens to 5th place in the 1961 Daytona 500.
@DaleJr, March 6, 2019
I've dreamt of racing in the Daytona 500 since playing w hot wheels on my g-parents floor in front of TNN. Tomorrow I will take the green flag in the 60th annual D500. Words can’t describe these feelings. This isn’t real life.
@JustinMarksDG, February 17, 2018
Considered the Super Bowl of stock car racing, the Daytona 500 has served as the NASCAR season opener since 1982. The 200-lap, 500-mile-long race will feature 40 drivers on the track of the Daytona International Speedway in Daytona Beach.
Kevin Dotson, CNN, February 16, 2020
SEE MORE EXAMPLES

More information and context on the Daytona 500

What are other words used in discussion of the Daytona 500?

This is not meant to be a formal definition of Daytona 500 like most terms we define on Dictionary.com, but is rather an informal word summary that hopefully touches upon the key aspects of the meaning and usage of Daytona 500 that will help our users expand their word mastery.