What does G6 mean?

G6 is short for the Gulfstream G650, a luxury private jet. It’s most commonly used in the phrase fly like a G6, coined by the hip-hop group Far East Movement for someone who is cool, confident, and very rich.

Less sexy, but more important, is the geopolitical G6, or Group of Six, a consortium of leading European Union member states and other leading world economies, including the US.

Where does G6 come from? 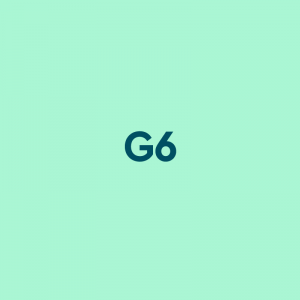 The phrase fly like a G6 comes from LA-based Far East Movement‘s 2010 single “Like a G6.” The track went #1 on the Billboard charts, making Far East Movement the first Asian-American artists to post a top single. As they rap in the song:

Poppin bottles in the ice, like a blizzard
When we drink we do it right gettin slizzard
Sippin sizzurp in my ride, in my ride, like Three 6
Now I’m feelin so fly like a G6

Upon release, people were confused by what a G6, in fact, was. Some thought it referred to a (far less hip and sexy) Pontiac G6 car until Far East Movement lead rapper Kev Nish clarified that it alluded to a Gulfstream’s multimillion-dollar private jets—symbols of wealth. Drake, for instance, bragged in the 2009 rap-collab “Forever”: “I know G4 pilots on a first-name basis,” name-dropping the Gulfstream IV.

Listening to like a g6 and my dad says "what are they saying? Like a cheesesteak?" Haha dying

Kev Nish further explained that the G6 as a kind of boastful one-upmanship: “There was a G4 out and there was a G5, so we all thought ‘yo, what’s the next level of fly? If you’re that fly, then you’re a G6; you’re a private jet that ain’t even released yet.’”

Gulfstream did release, however, the twin-engine, flies-at-near-the-speed-of-sound G650 or GVI in 2008. It costs over $68 million. G4, G5, G6—Far East Movement may have mixed up the alphabet soup, but their point is clear. A G6 is extreme luxury.

Now, back down to Earth. The Group of Six, or G6, was created in 1975 at a summit that brought together representatives of six major world economies to discuss economic and trade issues: the US, France, then West Germany, Italy, Japan, and the United Kingdom. By 1997, the group had expanded to the G8, adding Canada and Russia, but the latter was booted in 2014, making it the G7. In 2018, Donald Trump triggered trade conflicts, prompting some observers to call for a G6, sans the US.

The European Union (EU) also has had a G6 since 2005, comprising its largest (and most powerful) member states: France, Germany, Italy, Poland, Spain, and the UK.

The Android smartphone, the G6, was released in February 2017 by LG Electronics to so-so acclaim, being neither as luxurious as a G6 nor as mundane as a Pontiac.

Flying like a G6 is now a dated way of saying someone is very wealthy, exudes swagger, and parties hard—a stereotype of a super-rich rockstar living large. As slang and pop culture often has a short shelf life, G6 is now just sometimes used in ironic puns or nostalgic references to the song “Like a G6.”

Critics of Trump’s international trade policies may refer to the G7 as the G6. French president Macron remarked in 2018:“Maybe the American president doesn’t care about being isolated today, but we don’t mind being six, if needs be.” This American isolationism is sometimes referred to by pundits as a “G6 plus one mindset.”

This is not meant to be a formal definition of G6 like most terms we define on Dictionary.com, but is rather an informal word summary that hopefully touches upon the key aspects of the meaning and usage of G6 that will help our users expand their word mastery.