What does infodemic mean?

An infodemic is an overload of information, often false or unverified, about a problem, especially a major crisis. Quickly spreading in the news, online, and through social media, this information fuels fear and speculation, making the problem worse, not better.

Translation? An infodemic is an epidemic of  information.

Example: The discovery of the new virus was immediately followed by an infodemic of people posting dangerous medical advice on social media.

Where does infodemic come from? 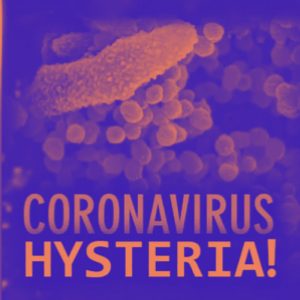 Infodemic is a blend of the words info(rmation) and (epi)demic. An infodemic is when information, especially wrong or unverified information, spreads quickly and widely, like a disease does during an epidemic. Infodemics are especially common during crises or catastrophes—including, perhaps not unsurprisingly, actual disease epidemics. The internet, and social media in particular, have made it much easier for infodemics to spread.

The word infodemic was coined by international relations professor David Rothkopf in a Washington Post article from May 11, 2003 amid the deadly outbreak of SARS that year. In the article, Rothkopf argued that an infodemic was making the SARS outbreak “harder to control and contain.” By spurring disproportionate panic and fear, infodemics, Rothkopf continued, doesn’t just endanger public health, but also the economy, security, politics, even social relations—so much so that the consequences of an infodemic can be worse than the disease itself.

When Rothkopf coined infodemic in 2003, he attributed the spread of infodemic not only to traditional media, but also modern information technologies, such as “wireless phones, text messaging, pagers, faxes and email.” Little could he have predicted how much social media would fuel infodemics in the future.

The term infodemic itself spread in the 2010–20s with the increased prominence of misinformation and disinformation—broadly referred to as fake news in culture—online. The word was especially notable and important amid the COVID-19 pandemic in 2020. During the outbreak, World Health Organization (WHO) Director-General Tedros Adhanom Ghebreyesus observed in a speech on February 15, 2020: “… we’re not just fighting an epidemic; we’re fighting an infodemic. Fake news spreads faster and more easily than this virus, and is just as dangerous.”

Following Ghebreyesus’s speech, use of infodemic surged thanks in part to media coverage of his remarks but also broader concerns about the flood of dangerous misinformation concerning COVID-19 (such as its source and treatment), which was disseminated to—and from—all levels of government and society.

... the infodemic has created misleading content that may have a grain of truth when it comes to testing, prevention and origins of the disease.
Vera Zakem, New York Times, April 2020
Described as an "infodemic" by the World Health Organization (WHO), the conspiracies range from linking the pandemic to immigrants to claims the virus is spread by 5G network towers.
Nikojaj Nielsen, EUobserver, May 2020

An infodemic is concerning—and so is used with a negative connotation and often in the context of disease outbreaks—because it can do more harm than good during a crisis, making it difficult for people to separate facts from fiction or impacting people’s well-being and livelihoods. Infodemics are especially alarming in the digital era, as they can spread destructive and deadly misinformation or disinformation easier and faster than ever.

First the epidemic, then the infodemic. Both need specialised people to deal with them #Ebolalessons

Swine flu: not an epidemic, not a pandemic – an INFOdemic

As noted, infodemic saw a massive surge in use during the outbreak of the COVID-19 virus because a lot of fake or false information was spread about the virus itself, its source, and the effects it was having on the world.

The world is fighting against an infodemic. So much false information spreading rapidly on WhatsApp groups, Twitter, and other social media. Before you pass on any information, check the source of the advice and verify the facts. For pictures do a Google reverse image search

Infodemic is spreading faster than the pandemic. We also need a vaccination against fake news

Meanwhile Trump is fueling the infodemic, suggesting that injecting disinfectant and exposure to sunlight could help cure the Rona. #COVID19

What are some words related to infodemic?

This is not meant to be a formal definition of infodemic like most terms we define on Dictionary.com, but is rather an informal word summary that hopefully touches upon the key aspects of the meaning and usage of infodemic that will help our users expand their word mastery.