What does kvlt mean?

Kvlt is a term used by and about fans of the black metal subgenre of heavy metal. Fans of black metal use kvlt of more obscure, earlier bands that exemplify the genre and to show their inside knowledge. Fans of other kinds of metal (or other music) may use kvlt to mock their passionate fandom and the perceived extremeness of the subgenre.

Where does kvlt come from? 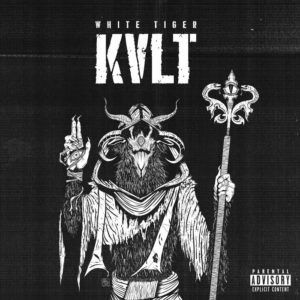 Black metal is a subgenre of heavy metal music that heavily features—even for metal standards—satanic, anti-Christian, or pagan content. The subgenre is known for fast tempos, experimentation, and musicians dressing up as corpses or demons.

Black metal emerged in the Norwegian heavy metal scene during the 1980s and developed a cult following. As more bands formed, black metal fans began using the term kvlt to refer to bands like Mayhem, Darkthrone, Gorgoroth that exemplified the satanic imagery of the genre.

Evidenced by 2000, the term kvlt is apparently an alternate spelling of cult meant to mimic older spellings and as a complimentary allusion to Nordic or pagan culture. (Most Scandinavian languages spell cult as kult.) 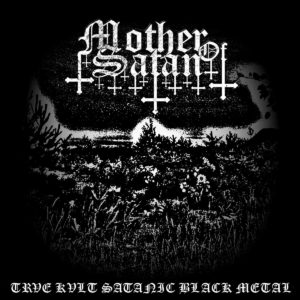 Within the black metal community, kvlt is and has been a positive term. Over time, kvlt became almost a gatekeeping term used by black metal fans to “prove” their cred by using it to refer to only the most obscure or underground bands or recordings. Possibly due to this, kvlt became a word used to mock or provoke black metal fans by enthusiasts of other subgenres of metal music. This appears to have by the early 2000s, as by this time, kvlt was already being used both seriously and ironically by metal fans online.

In April 2019, a man was charged with burning three, historically Black churches in Louisiana. Authorities suspected his interest in black metal might have been a motive; the investigation may have put kvlt in the spotlight.

If i've heard of it, it isn't kvlt.
BitterCOld (user), Metal Storm (forum), September 2011
A lot of kvlt purists bemoan the fact that Darkthrone's later work has strayed away from their trve black-metal roots ...
Staff, Revolver, April 2019 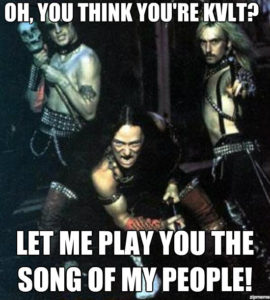 Despite it being popularly used to mock them, black metal fans still use kvlt positively when discussing bands they really like, especially obscure bands and old, hard-to-find recordings. Kvlt appears in black metal album and song titles. It may be used as descriptor for the music or its aesthetic. A website specializing in black metal merchandise and music (including on vinyl, naturally) is kvlt.fi.

RT so your metalhead friends can be truu kvlt like us! pic.twitter.com/Y8IX34NPz6

Black metal in the desert is the most kvlt thing you will see today https://t.co/wRnszVrrog pic.twitter.com/PaiaeJRGjz

Elsewhere, kvlt is used by metalheads to mock overly serious, elitist black “metal/emo hipsters.” And, if you know anything about metal music fans, that is decidedly not as a compliment. Sometimes mockers will pair kvlt with deliberate misspellings of true, such as trve or troo, in reference to kvlt phrases like “true kvlt metal.”

you know a black metal record is truly kvlt when you can only find it in .ogg format 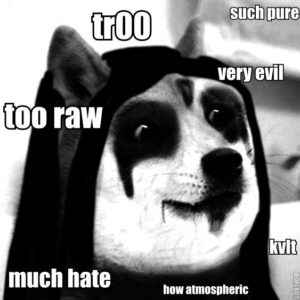 This is not meant to be a formal definition of kvlt like most terms we define on Dictionary.com, but is rather an informal word summary that hopefully touches upon the key aspects of the meaning and usage of kvlt that will help our users expand their word mastery.