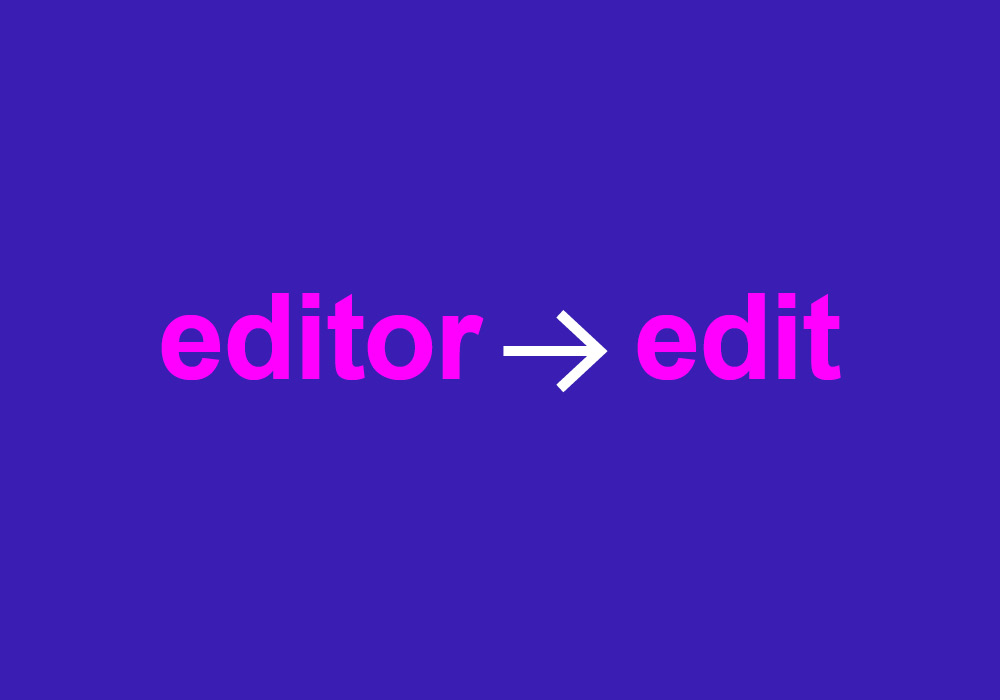 What is back formation?

Back formation is the creation of a new word by removing a real or supposed affix. Affixes are short sets of letters like dis­- or -able that are added to word stems to form a new word.

Many back formations involve taking a noun and turning it into a verb, but not always. As you will see, many everyday words that you're no doubt familiar with, like diagnose and obsess, were created via back formation. Take a look! 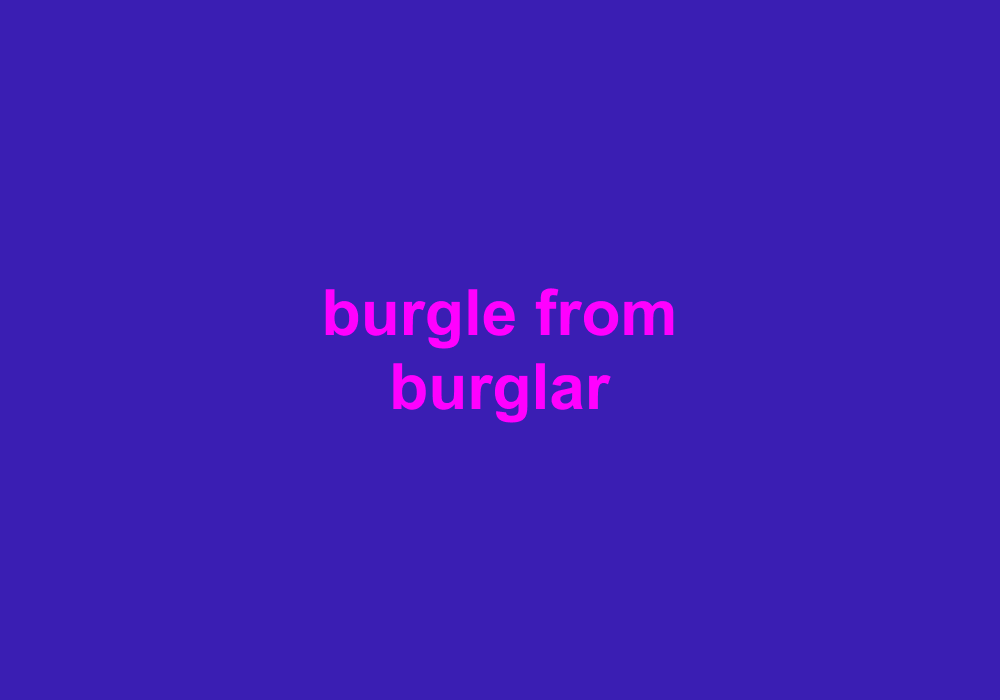 The word burglar, meaning someone who breaks into a property and commits burglary, is attested as early as the 1200s. Its origin can be traced to the Latin word burgus, meaning "fortress" or "castle," although it's not clear how the L sneaked its way in there. Like the suffix -er, -ar here means "one who."

In the 1800s, the -ar was dropped from burglar to form the verb burgle, meaning "to be a burglar" or "to break in and steal." Originally, the word was used in a humorous or tongue-in-cheek way (similar to the ironic tone and deliberate misuse of language commonly found today on social media). By the late 1800s, burgle had become part of mainstream vocabulary. 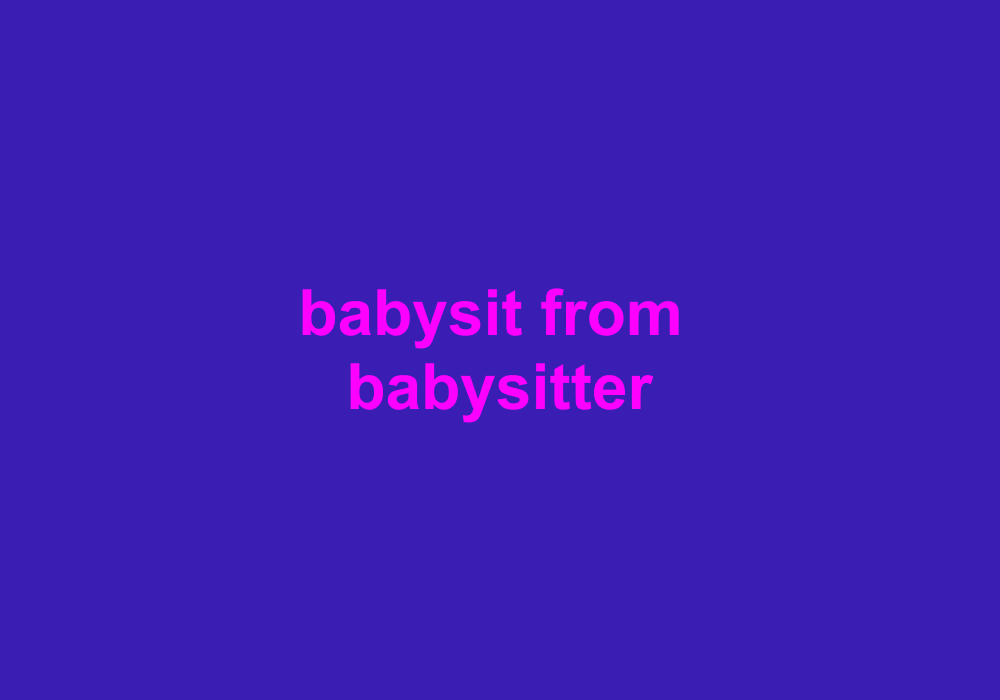 When parents need a date night, they may hire a babysitter. And what does the babysitter do? Well, prior to the 1940s, you would have said the babysitter "watched the kids." That's because the verb babysit didn't yet exist.

Evidence for the word babysitter to mean "person who looks after a child" dates to the 1910s. Remember, the suffix -er means "one who." The notion of a babysitter evokes the image of a mother hen hatching (or sitting) on her eggs.

By the 1940s, the noun had been verbed from the gerund babysitting, and the suffix -er was dropped entirely to form the verb babysit. 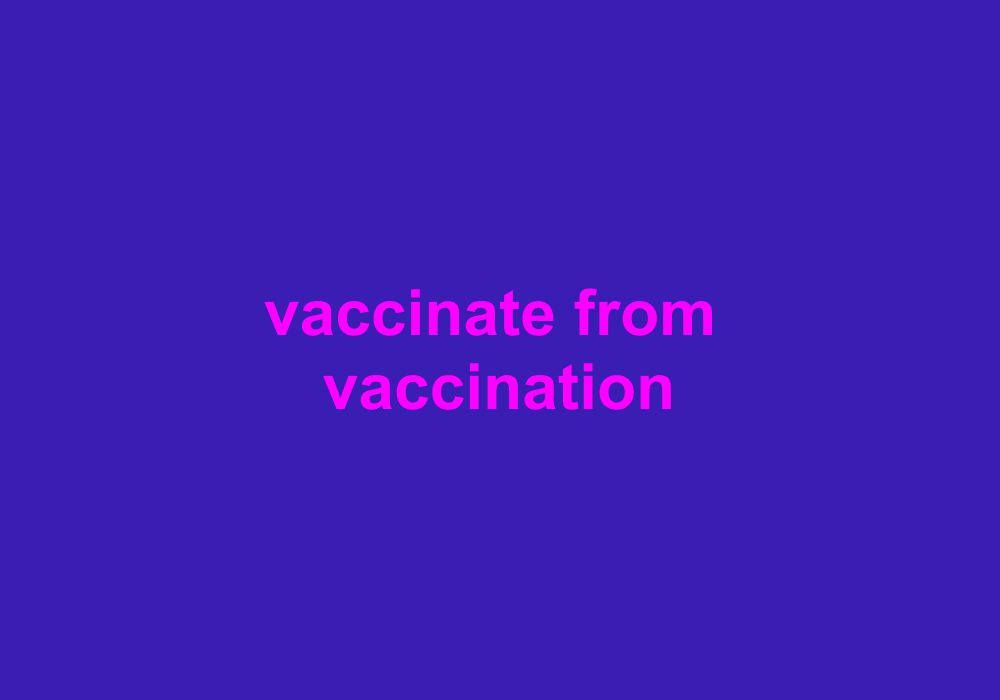 In the 1700s, scientists began experimenting with methods of inoculation to help protect people from deadly diseases like smallpox. One breakthrough came from Edward Jenner, who was a bit of a mad scientist experimenting with creating a vaccine against smallpox using an inoculation made with the less deadly cowpox. (Warning: kind of gross content ahead.) Jenner would take the pus from cows infected with smallpox, cut open the skin of his victims, er … subjects, and use the pus to infect them.

The terminology used by Jenner to describe his experiments was variolae vaccinae or "cow pustules" in Latin. Vaca means "cow." It is from this source that we get the word vaccine. Writing about the experiments of Jenner and others in 1800, surgeon Richard Dunning published Some Observations on Vaccination, the earliest known use of the term vaccination.

As vaccination became more common, the suffix -tion was dropped to form the verb vaccinate. When it was first used in the early 1800s, vaccinate meant to specifically inoculate against smallpox using cowpox. By the mid-1800s, as more vaccines were discovered, vaccinate became a general term for "to inoculate against a virus."

All this talk about viruses gets a person wondering, what's the difference between viruses and bacteria? 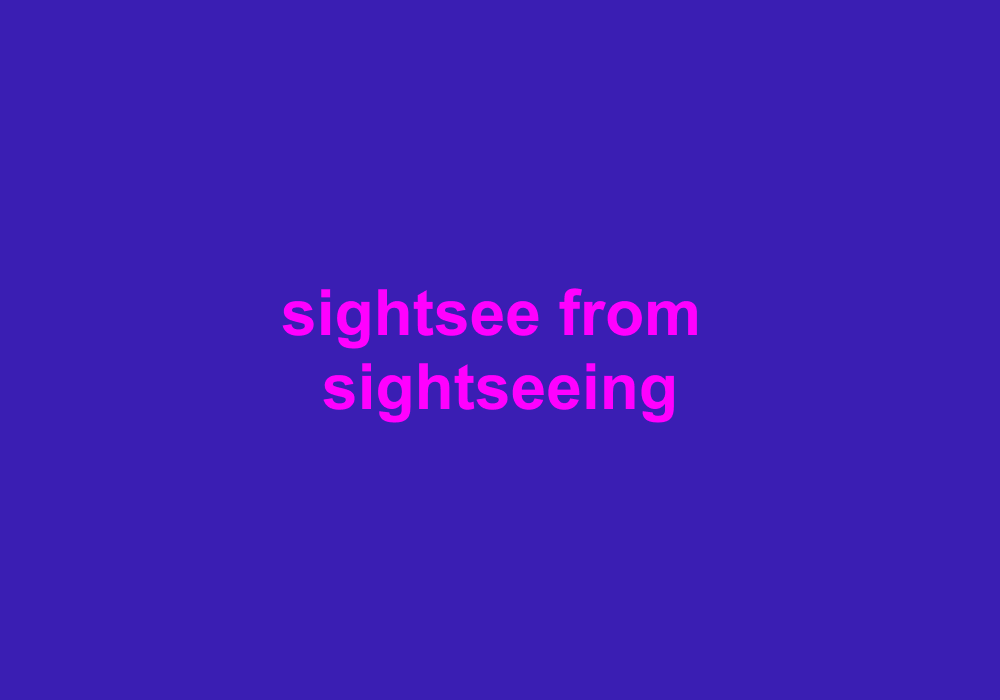 As a result of the Industrial Revolution and advancements in train and boat travel, people suddenly had the ability to travel to other places just to see those places—for fun. The notion of visiting a foreign country or faraway town to be a tourist was exciting and novel for people in the 1800s. And they needed a new word for it: sight-seeing.

Don't let the -ing fool you. Sight-seeing is a verbal noun, not a verb. The hyphen was later dropped to form sightseeing.

As enjoying a day of sightseeing while abroad became more popular, the -ing was dropped by the 1820s to form the verb sightsee, as in "we enjoyed the opportunity to sightsee all day along the waterfront." Ever since, tourists (or sightseers) have plagued the world's attractions everywhere from Big Ben to the Taj Mahal. 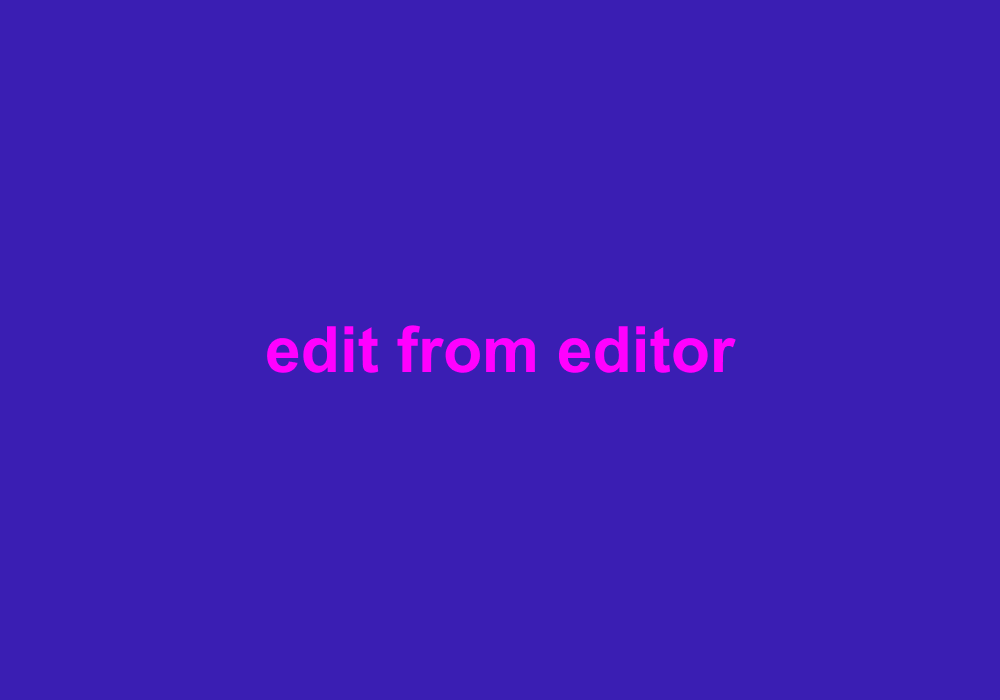 Every good writer needs a good editor. Even hundreds of years ago, people knew that—even if editor meant something slightly different back then.

The word editor comes from the Latin for "one who produces." When it was first adopted into English around 1640, editor meant someone who puts out a book, like a publishing house does in modern times. By the 1700s, the meaning of editor was much closer to what we know today: someone who assists in the preparation or revision of a written text.

Like -er and -ar, -or is a suffix that means "one who." By 1785–95, that had been dropped from editor to form the verb edit. Initially, edit meant "to publish" but quickly also came to mean what we know it as today, "to prepare or revise a text." 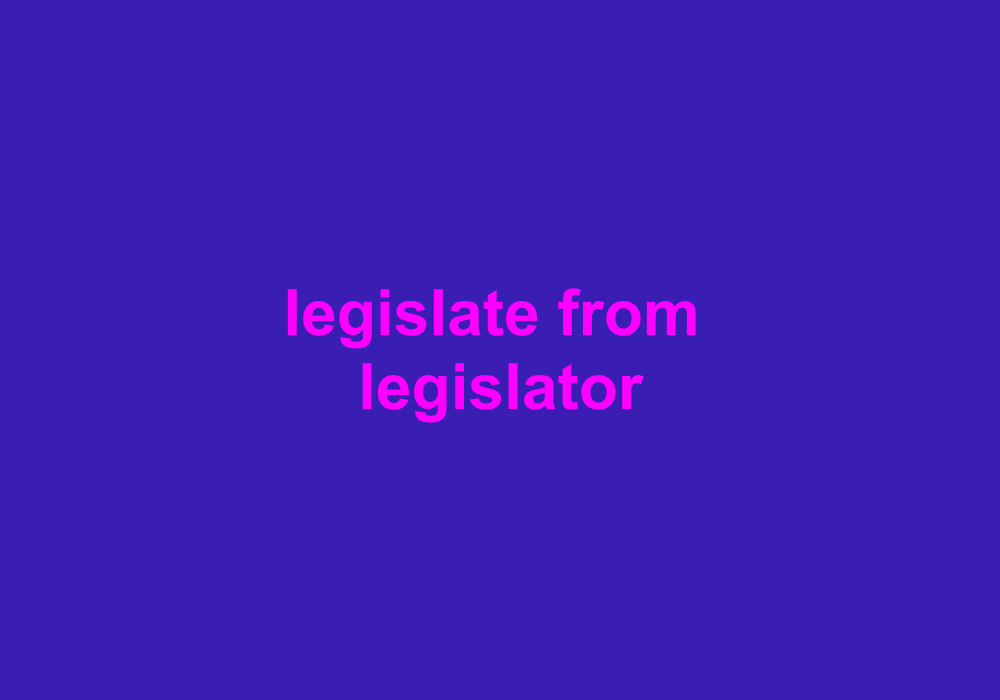 A legislator is someone who makes laws, like a member of Congress. The word comes from the Latin phrase lēgis lātor, meaning "a law's bringer (i.e., proposer)," and was first adopted into English around 1595–1605. The first instance of the related word legislature to refer to the English Parliamentary system is dated around the 1670s.

The work that these legislators do is described using the back-formed verb legislate. This verb is attested by 1710–20. Interesting fact: a feminine version of the noun legislator, legislatrix, dates back to the 1670s but is uncommon today.

Speaking of feminine versions of words, here's a list of other words that have been made unnecessarily feminine. 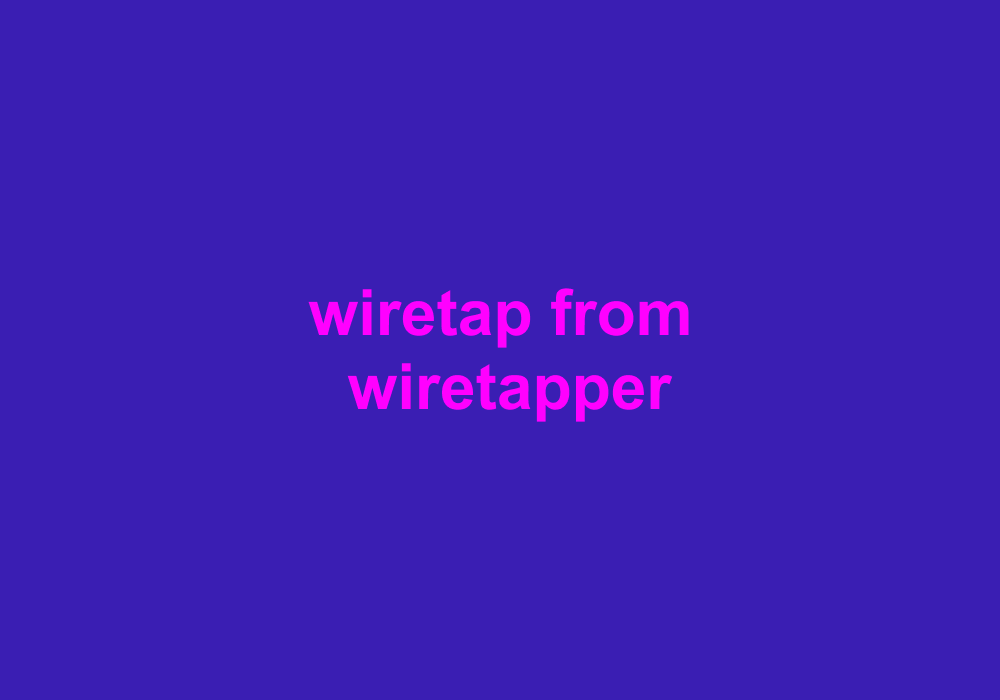 The word wiretapper started out as police slang. Cops (or criminals) would attempt to tap or intercept a telegraph or telephone circuit in order to listen in on conversations or read secret messages. The first use of wiretapper dates back to 1890–95.

The noun and verb wiretap is a back formation from the cop slang wiretapper. A wiretap is an act of tapping a phone or the device used for the purpose. One can wiretap a phone using any number of different devices. This form of the word appears by the 1910s. All the spying during the Cold War at the time, no doubt, sparked interest in this sneaky surveillance technique. 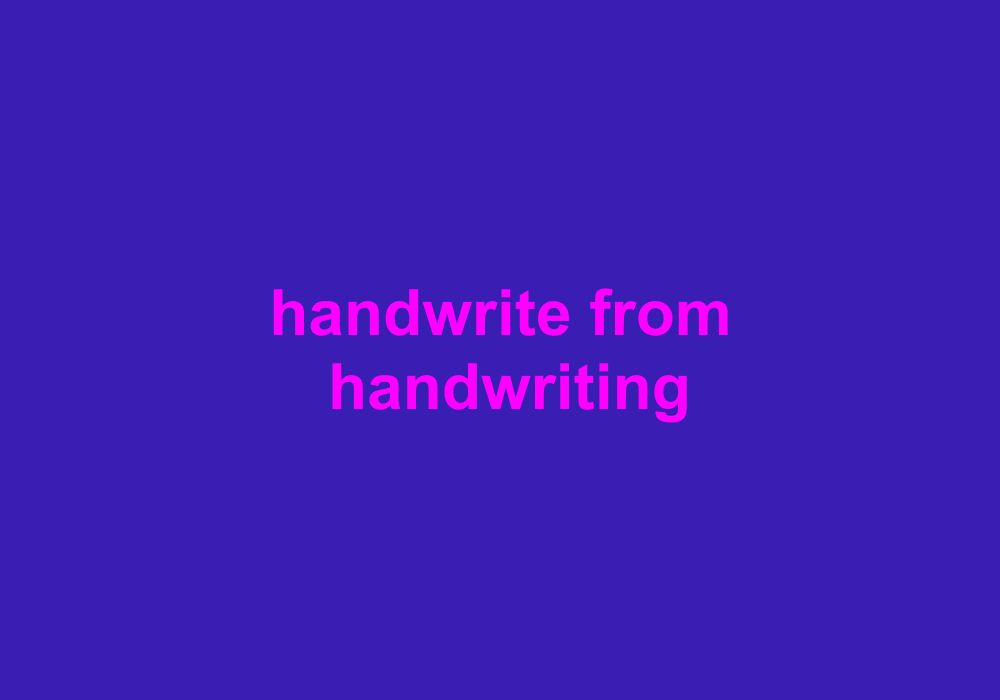 Handwriting is an old word. After all, humans have been writing by hand for millennia. So it's no surprise that the word is attested as early as the 1400s, or that it comes from the Latin manuscriptum, or "writing with the hand."

The verb handwrite, as in "to write by hand" didn't come around until much, much later—the mid-1800s, to be precise. Handwrite is likely a back formation of handwriting. 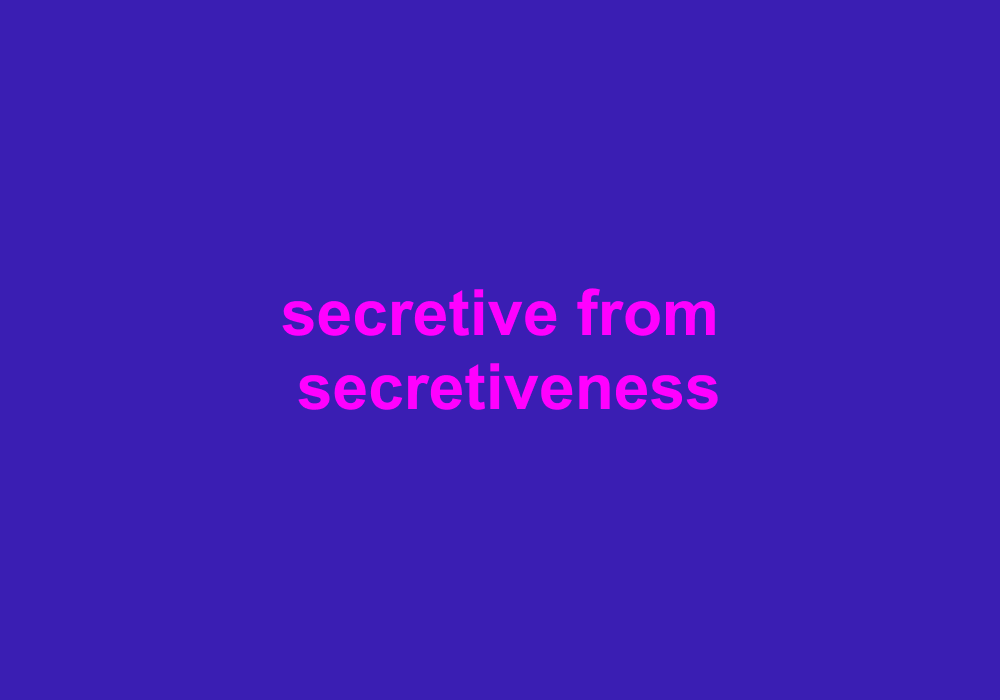 Secrets, secrets are no fun … goes the schoolyard chant. But who are we kidding? Secrets are so fun. And the quality of seeming secretive is known as secretiveness.

Secretiveness is a funny little word that comes to English from phrenology, a since-debunked Victorian-era scientific theory that the shapes of people's skulls were indicative of their personality. In 1808, the German phrenologist Franz Joseph Gall identified a "bump" on the skull that was said to be indicative of secrétivité, or secretiveness as it was rendered into English by 1815.

Phrenology largely declined as a field of study after 1840, but its terminology had entered the mainstream. One of the earliest examples of the modern back formation of secretive, created by dropping the -ness from secretiveness, is found in Charlotte Brontë's text Villette (1853). In this mainstream sense, secretive refers to someone who is not open or forthcoming.

There is a rare example of secretive that dates to around 1470—but it was created just to serve as a rhyme for wife in a song or poem. (How secretive rhymes with wife is a question for another day.)