What does clapback mean?

A clapback is a very strong and well-observed comeback, spoken or written, to criticism—one so fierce it utterly destroys and owns its target.

Where does clapback come from? 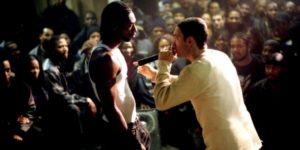 Clapback is a compound noun version of the slang to clap back. Clapping back is to answer an an opponent’s insult (or a hater’s diss, to be more slang-y) with a much stronger comeback. Much stronger than I know you are, but what am I?

Clapping back comes from the 2003 Ja Rule song “Clap Back,” a diss track aimed at rappers 50 Cent and Eminem. This song uses the older 1990s slang clap, to shoot a gun (the clap the sound the gun makes). In the song, Ja Rule was clapping back, or “firing back,” with words rather than bullets.

The one-word clapback emerged around 2009. It was used in that year (and the very few times before) as a form of the slang from the Ja Rule song.

e to sort of clapback at the haters.

I feel where Kim is coming from but she needs to quit & just focus on her unless Nicki decides to clapback, to much energy being wasted.

It wouldn’t be until 2011–12 that clapback would be more commonly taken up as a compound noun.

Now that's what I call a CLAPBACK

she hit the bitch w/ a clapback lol

Clapback gain widespread use in 2015. That year, for instance, BuzzFeed explained what the word slang using colorful Twitter exchanges between the Kardashian sisters.

how do you talk about someone and not expect a clapback ? 2+2=78 ?
@lovesickhyung, July 2015
Ariana Grande dishes out clapback to fan mocking her forehead in wake of Pete Davidson split
Tobi Akingbade, Metro (headline), October 2018 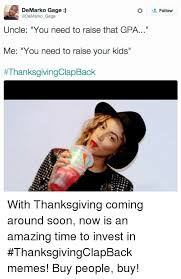 While especially forceful clapbacks have been delivered even before the word existed, clapback itself is often used to describe lava-hot burns. It’s especially popular in commentary on social media. To fire off such a spicy comeback can be used as noun in clapback and a verb, as we’ve seen, to clap back.

This is not meant to be a formal definition of clapback like most terms we define on Dictionary.com, but is rather an informal word summary that hopefully touches upon the key aspects of the meaning and usage of clapback that will help our users expand their word mastery.