What does curve mean?

To curve someone is “to reject” them, that is, veer away from their romantic interests and advances in an indirect, non-confrontational way.

Where does curve come from? 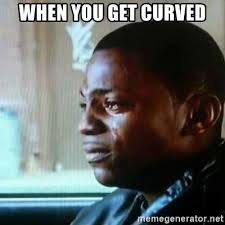 The slang curve takes its name the ordinary noun curve, a “bending line.” There have been many slang applications of curve since the basic noun was recorded in English in the 1400s, including curves, or “a woman’s shapely body,” since the 1920s.

Contemporary slang for curve rises in the 2000s, used as slang for “leave” or “exit,” as in the slang to bounce or peace out. By 2009 and apparently starting in black slang, curve was characterizing efforts of “getting away” from someone, as if physically curving around their point or path. This curve seems to have influenced the term’s use in dating slang, which spread in 2016–17, as discussed in popular web articles on the likes of Teen Vogue about the expanding slang lexicon of modern romance, e.g., ghosting, cuffing, and stashing. 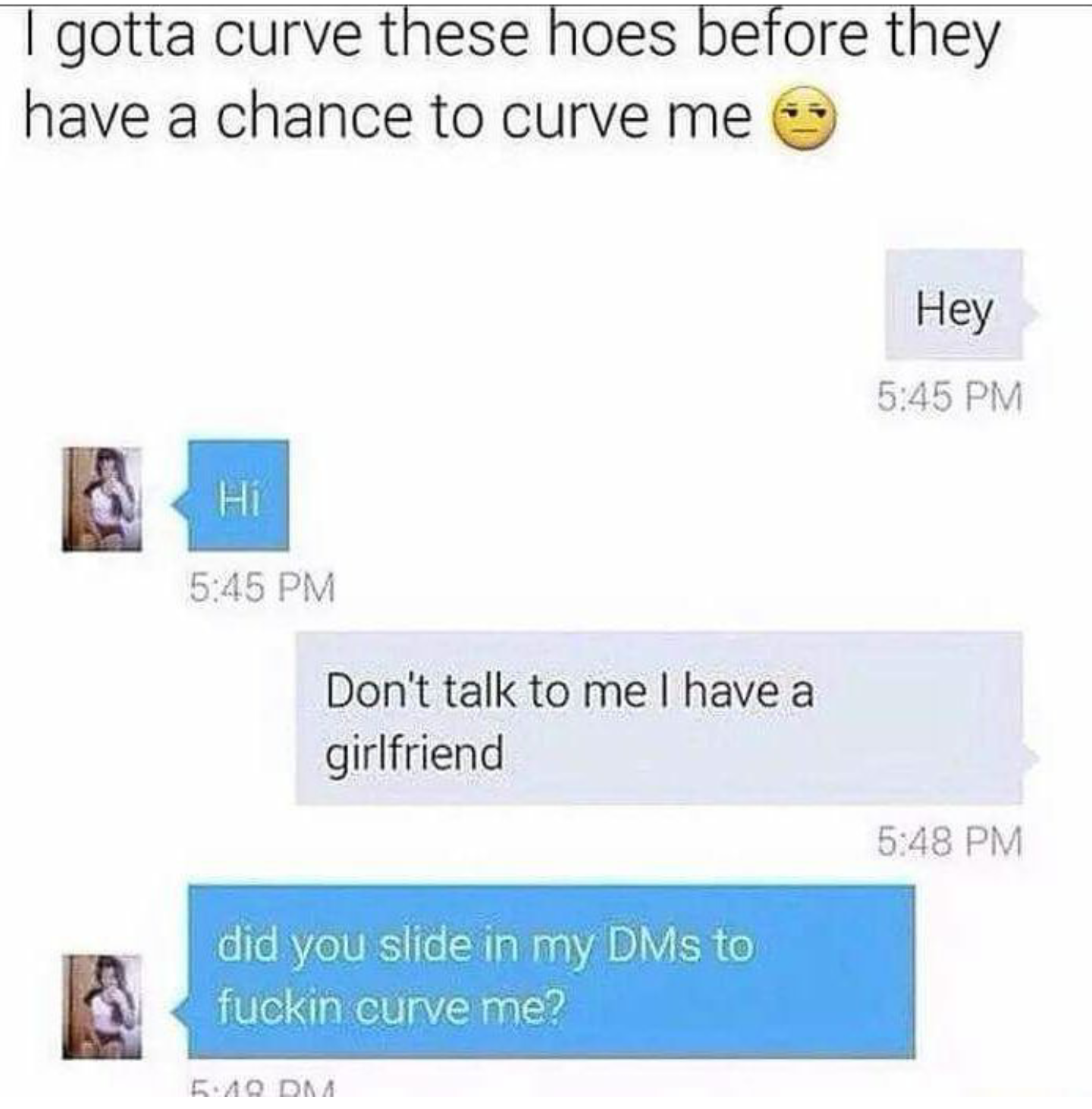 Popular culture generally speaks of two ways to curve someone. The first curving is a classic deflection, e.g., I’d love to go out, but I’m sorry, I have a boyfriend. (You don’t have a boyfriend.) The other curving resembles leading someone on, engaging in some degree of communication with the person but never committing to any plans or any relationship status.

There's nothing as funny as a girl getting confused when I curve her.  Yes Mami, naine I curve! 😂
@Tigu_El, October 2018
when a guy got you fucked all the way up and you curve the shit out of him and he's embarassed SHDJSHKDBS
@cyrenaeggs, October 2018
Curving is breaking up with someone you aren’t in a relationship with because you don’t see anything more serious developing down the line. And there’s no point starting what you don’t intend to finish, not only because you deserve to be with someone you want to be with, but also because it’s cruel to lead someone on.
Rae Witte, Teen Vogue, February 2017 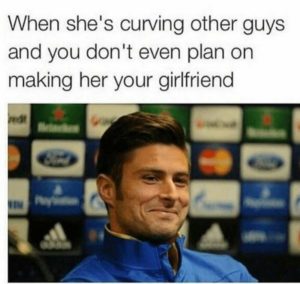 Curving is a useful term for the complexities of modern dating and romance, what with our many avenues of contact from Snapchat to Twitter. It’s often motivated by a desire not to hurt someone’s feelings by directly rejecting them. Because of this, however, some see curving as cowardly and misleading.

curving people who curved you in the past 🙂 >>>

Curving is also often discussed in contrast to ghosting, which is when you suddenly and without explanation stop all communication with a romantic interest, especially in terms of digital communication. Not that anyone is any more of a fan of ghosting than curving, however.

I curved so many people for you just to get played

This is not meant to be a formal definition of curve like most terms we define on Dictionary.com, but is rather an informal word summary that hopefully touches upon the key aspects of the meaning and usage of curve that will help our users expand their word mastery.