Feedback
get out of jail free...
gibsmedat

What does gib mean?

Gib, short for giblets, is gaming slang for violently killing a foe in a way that blows them up or otherwise scatters their body parts.

Where does gib come from? 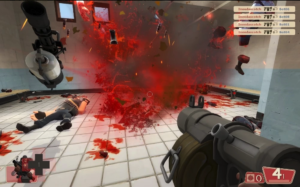 The delightful term gib comes from the equally delightful word giblets, referring the edible organs of a fowl, i.e., their guts. Gib, as it’s used in video games, similarly references someone’s insides. Gibs are the result of what gamers call an overkill or critical hit–they make a foe’s body parts explode in different directions.

Tis the season to be gibbing.

Tune in for the Gearsmas 2017 Reveal Trailer at 10am PT tomorrow for the reveal of our events and content for this year's festivities! 👊 pic.twitter.com/lieeBlZP38

The term is said to be coined by Adrian Carmack, one of the people who worked on the 1993 computer game Doom. Gibs are prominently featured in the game and were later a topic of discussion in gaming forums like GameFAQs. 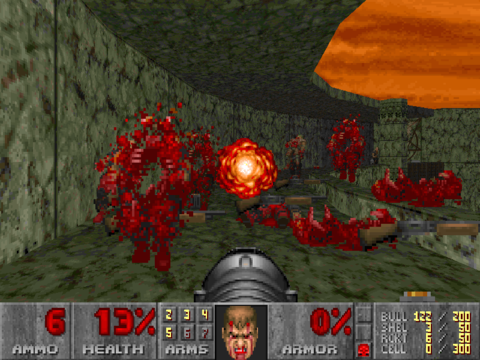 Gib came to prominence in 2018 thanks to game designer Warren Spector. In response to a compilation of gibbing in video games made by Donald’s Trump’s White House, Spector said: “The games I work on typically offer alternatives to violence; I try to show the consequences; there aren’t any decapitations, bloody gibbing headshots or ax killings.” The White House had made the video to highlight video game violence after the Parkland school shooting in Florida on February 2018. (Warning: graphic content)

not sure why but gibbing people and setting them on fire in video games always makes me feel better
@chedskis, January 2013
Normal enemies can now become Elite when playing “Give Me A Challenge+”. If you’re not interested in being insta-gibbed in “Give Me God of War+” difficulty, then this will add some additional twists to combat. Finally, like Bloodborne and Dark Souls, you can play through New Game Plus mode multiple times.
Ravi Sinha, Gaming Bolt, August 2018 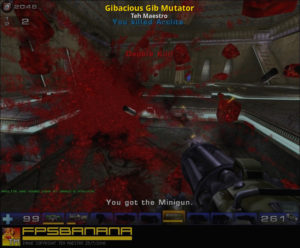 An instance of gibs is call gibbing. Gib can also be a verb: To gib a foe is to shoot or explode them into bloody bits.

Gaming gibs are often found in first-person shooters, which feature high-powered artillery like machine guns and havoc-wreaking cannons. Games like Doom, Gears of War, Baldur’s Gate, Dead Space, and Left 4 Dead are known for gibbing in their graphics. As they are extremely graphic in their depictions of violence, these games usually carry an M rating for “mature.”

There are some variations on gib. For example, getting instagibbed is being killed in one shot, i.e., a single hit that gibs a character immediately.

Hopefully Spiderman gets instagibbed and is never seen again.

This is not meant to be a formal definition of gib like most terms we define on Dictionary.com, but is rather an informal word summary that hopefully touches upon the key aspects of the meaning and usage of gib that will help our users expand their word mastery.

get out of jail free...
gibsmedat
Home / Words / Slang / gib