What does low-key mean?

Low-key can variously mean “quiet,” “restrained,” “moderate,” or “easygoing.” It can also behave as an adverb meaning “of low or moderate intensity.” Like doing something, but in a “chill” way. For instance: We’re having a party at my place but keeping it low-key so the neighbors don’t complain.

Where does low-key come from? 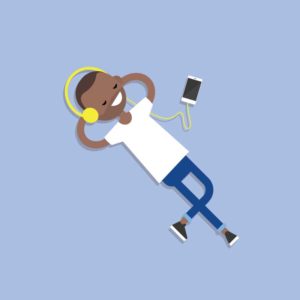 Low-key would appear to have musical origins, characterizing something has having a deeper, more muted, or darker tonal register. We can find low-key for “of a low pitch” in the early 19th century. Charles Dickens, for instance, wrote of it that way in his 1844 novel Martin Chuzzlewit:

She continued to sidle at Mr. Chuffey with looks of sharp hostility, and to defy him with many other ironical remarks, uttered in that low key which commonly denotes suppressed indignation.

In 1857, the reading primer Introductory Lessons in Reading and Elocution used low-key for the tone of voice that a person uses when speaking softly or whispering. We can see, then, how low-key would, by the 1890s, refer metaphorically to something quiet, restrained, or modest. A century later, low-key expanded for something more casual or easygoing—chill.

By the late 2000s, low-key made a perhaps not-so low-key jump: It became an adverb characterizing doing something with a low intensity, moderation, or subtlety.

Low key wishing I was still on vacation. I got more done that way lol

By 2010, an Urban Dictionary noted the adverbial low-key, which appears to have been further popularized by hip-hop music in the mid-2010s. Chance the Rapper’s 2012 “U Got Me F****d Up,” for example, contains the lines: “Coolin’ with Mikey, low-key I rock / Mags on my bike, Tay like he chuck.”

I stay low-key i dont need everybody in my business.
@Mikhailkalitaaa, April 2013

In slang, low-key can be an adjective or an adverb. As an adjective, low-key generally describes something as “relaxed” or “simple”—a low-key Friday night might involve some pizza and Netflix. It’s not a big to-do.

Specs is a delight to hang out with! He is a low-key guy, who appreciates the little things in life and knows how to cherish his people! pic.twitter.com/Cks014yykX

As an adverb, low-key suggests that something is happening to a moderate degree.

This girl I have a low-key crush on,
broke our streak and viewed my snap after 2 days….

Bad puns about Marvel character Loki are anything but low-key, BTW.

This is not meant to be a formal definition of low-key like most terms we define on Dictionary.com, but is rather an informal word summary that hopefully touches upon the key aspects of the meaning and usage of low-key that will help our users expand their word mastery.