What does meme coin mean?

Perhaps the most prominent cryptocurrency commonly referred to as a meme coin is Dogecoin, a cryptocurrency based on the Doge meme. But there are many, many others.

Sometimes, the term meme coin is applied in a dismissive way to more mainstream cryptocurrencies, often to imply the belief the cryptocurrency will be short-lived or is likely to lose value after initial activity.

Meme coins are often collected or traded by people who simply want to be part of the joke, but, like other cryptocurrencies, they are sometimes treated as investments whose value can increase sharply along with popularity. In general, cryptocurrencies are generally considered highly volatile, and meme coins are seen as particularly prone to such volatility.

Example: A meme coin based on Darth Vader was trending on Twitter today.

Where does meme coin come from? 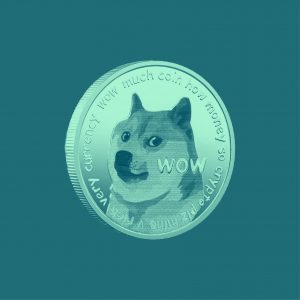 A cryptocurrency is a digital currency or decentralized system of exchange (usually based on the blockchain) that uses advanced cryptography for security. Many cryptocurrencies have the word coin in the name—most notably Bitcoin. The word coin (or token) is often used to refer to a single unit of such a currency, or to the currency itself.

This is how the word coin is used in meme coin. The word meme is used in the sense of a cultural item (such as an image, video, or phrase) that is popularly spread on the internet (and often altered in a humorous way).

The same sense of meme is used in the term meme stock, which is a stock (the kind traded on the stock market) that has gained popularity (especially as one to buy) due to some online trend or meme, as if the stock has gone viral like a meme. In contrast, the meme in meme coin is typically thought to imply that the currency is based on a meme or that it has been created to be a kind of meme itself. (To be clear, cryptocurrencies are not stocks, though many people treat them as investments in the same way.)

The term meme coin has been used since at least 2013. It was originally applied to Dogecoin, a cryptocurrency based on the Doge meme. Dogecoin was created as a joke to poke fun at other cryptocurrencies, such as Bitcoin. However, the internet being the way that it is, Dogecoin has since seen surges in popularity and value, increasing sharply at points, such as when Elon Musk tweeted positively about it in 2021 (amidst other closely followed commentary on and promotion of cryptocurrency). As a result of Dogecoin’s popularity (and the increasing ease of creating cryptocurrencies), more meme coins began to enter the market, including many that reference the doge meme or Elon Musk, and many others that reference other memes or slang terms.

Bailed on Doge at $0.66. My risk tolerance tor a meme coin isn’t very high. I’m sorry 😫 made a couple thousand though.
@ryankirbz, May 9, 2021
Shiba Inu is an Ethereum based decentralized meme token. It was created as an alternative to fellow meme coin Dogecoin, whose mascot is a Shiba Inu, a Japanese dog breed.
Gerelyn Terzo, Yahoo! Finance, September 16, 2021

The term meme coin is used in the context of cryptocurrencies. It often implies that such a currency was created as a joke or should not be taken seriously. Of course, some cryptocurrencies considered meme coins become valued highly due to high interest.

Want to invest in the safest meme coin of them all? Buy #dogecoin 🐕🚀🌔

Which meme coin will moon first? 🧐

This is not meant to be a formal definition of meme coin like most terms we define on Dictionary.com, but is rather an informal word summary that hopefully touches upon the key aspects of the meaning and usage of meme coin that will help our users expand their word mastery.