What does mouf mean?

Mouf is a dialectical pronunciation and spelling of mouth.

It can refer to a person’s mouth, as when eating, or the metaphorical mouth of gossip (e.g., Get my name out ya mouf).

Where does mouf come from? 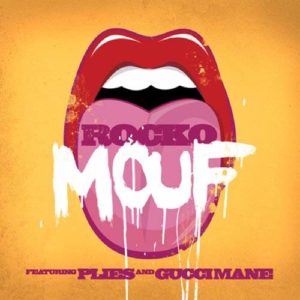 Mouf is based on the pronunciation of mouth in Black English, which commonly treats th sounds as an f or d (birfday for birthday, dat for that)—a phonological phenomenon seen in dialects of other languages, too.

Mouf has been around online since at least 2003, when it was entered on Urban Dictionary. It can be found in print, however, much, much earlier, such as in Zora Neale Hurston’s 1937 Their Eyes Were Watching God, which indicates mouf had already long been a form for mouth in Black English.

Hip-hop, which often spells words according to dialectical pronunciation (e.g., nah for no), helped popularize mouf in the wider culture. Lil Duval, for instance, released “Wat Dat Mouf Do” in 2014, which is about what mouths can do for, well, penises.

Mouf is widely found in conversational speech and writing as well as art of Black people. Ludacris released an album, Word of Mouf, in 2001, for instance.

For non-black people to use mouf can be seen as very appropriative—not to mention awkward, such as when white rapper Iggy Azalea was criticized for her blaccent (black English accent) in 2015–16.

Some people may think that mouf is due to ignorance. It’s very important to note, though, that mouf is entirely consistent with Black English grammar and replacing th sounds with an f, v, d, or t is found in many languages. Pronouncing a th as an f or v is called th-fronting, if you want to get technical about it.

This is not meant to be a formal definition of mouf like most terms we define on Dictionary.com, but is rather an informal word summary that hopefully touches upon the key aspects of the meaning and usage of mouf that will help our users expand their word mastery.